Samsung Galaxy Unpacked Part 2 today: Here is what to expect 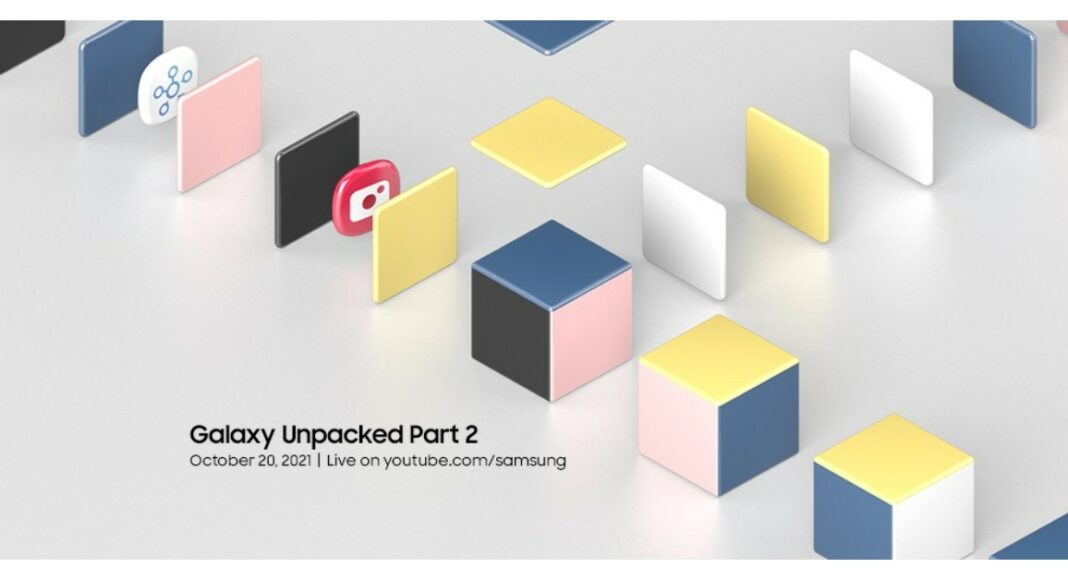 Apple and Google are done with their launches and today Samsung has set the stage to unveil its new product in the market. Yes, the South Korean brand will be hosting yet another Unpacked event today.

The company is calling it Samsung Galaxy Unpacked Part 2. Everything at the event is going to be a surprise, as the firm has not dropped any hint about what products that will be introduced. However, it does mention that it will be “opening up new experiences for self-expression through technology”. But rumours suggest that Samsung Galaxy S21 FE is likely to debut today.

Samsung Galaxy Unpacked Part 2 event will be held online due to pandemic. The virtual event will kickstart at 10 AM ET that is 7:30 PM IST. The launch event is said to be live-streamed via the company’s official YouTube channel, official website as well as on Samsung Newsroom.

Rumours suggest that the company might launch Samsung Galaxy F21 FE but according to reports the launch of the device has been delayed. Now the device is expected to arrive in January next year.

The company is also speculated to launch Galaxy Z Series foldable phones in new colour options. If this is to be believed then this is for the first time that Samsung will be holding a separate event just to introduce a new colour variant of any of its devices. To recollect, Samsung held an August Galaxy Unpacked event to launch its foldable phones.

While announcing the event the company said, “Our users are multifaceted and live life in so many colourful, interesting and unique ways. As such, the technology they use every day should reflect their individuality. Join Galaxy Unpacked Part 2 on October 20 to see how Samsung is opening up new experiences for self-expression through technology.”

But if the company has plans to launch the Fan Edition of the Samsung Galaxy S21 then the device is expected to arrive in four colour options of Black, Green, Purple, and White. While the design of the phone will be similar to the vanilla Galaxy S21. But it may not include a metal housing around the camera sensors and microSD slot for expanding storage.

Other than this the Samsung Galaxy S21 FE is said to have IP68 certification for dust and water resistance. It is said to withstand up to 1.5m and up to 30 minutes. Furthermore, the display will support a high refresh rate along with an ultrasonic in-display fingerprint scanner. In addition to this, there will be Dolby Atmos, wireless and reverse wireless charging support.

For the optics, the Galaxy S21 FE could feature a triple rear camera set up that may include an ultra-wide-angle sensor and may not include a charger this time.

Komila Singhhttp://www.gadgetbridge.com
Komila is one of the most spirited tech writers at Gadget Bridge. Always up for a new challenge, she is an expert at dissecting technology and getting to its core. She loves to tinker with new mobile phones, tablets and headphones.
Facebook
Twitter
WhatsApp
Linkedin
ReddIt
Email
Previous article
Xiaomi Mi Notebook Ultra review: An ultra-premium notebook with exceptional daily performance
Next article
Top 17 Manga apps on iOS and Android (2021)