Both the phones were launched in two colour options.

Not much time has passed since the Samsung foldable phones were launched in India. At the time of the launch, both Samsung Galaxy Z Fold 3 and Samsung Galaxy Z Flip 3 were introduced in two colour options but now they will be available in more shades as the new colour variant has joined the family. 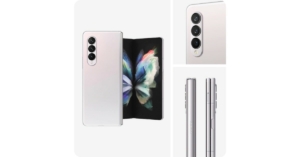 Besides this, the handset is backed by a 4,400mAh battery along with 25W wireless and reverse charging support. It also supports two new S Pen models- S Pen Fold Edition and the S Pen Pro.

Samsung Galaxy Z Flip 3 highlights a 6.7-inch primary full-HD+ dynamic display offering 1,080×2,640 pixels of resolution along with the support for HDR10+ and 120Hz refresh rate. There is a 1.9-inch AMOLED display with a 512×260 pixels resolution on the lid. 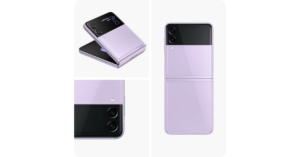 The device is powered by a 5nm octa-core SoC coupled with up to 8GB RAM and up to 256GB UFS 3.1 storage. For imaging, there is a dual rear camera setup that includes a 12-megapixel primary sensor with an f/1.8 aperture and a 12-megapixel wide-angle lens. In terms of selfies, there is a 10-megapixel sensor on the front having an f/2.4 aperture.

In addition to this, the device is backed by a 3,300mAh battery with wireless and reverse charging support and 15W fast charging.

Komila Singhhttp://www.gadgetbridge.com
Komila is one of the most spirited tech writers at Gadget Bridge. Always up for a new challenge, she is an expert at dissecting technology and getting to its core. She loves to tinker with new mobile phones, tablets and headphones.
Facebook
Twitter
WhatsApp
Linkedin
ReddIt
Email
Previous article
Best way to use HDR mode to take photos on your Android smartphone: A complete guide
Next article
Google Pixel 6 and Pixel 6 Pro have been officially released: Specifications and pricing details inside