Both the foldable phones are water-resistant. 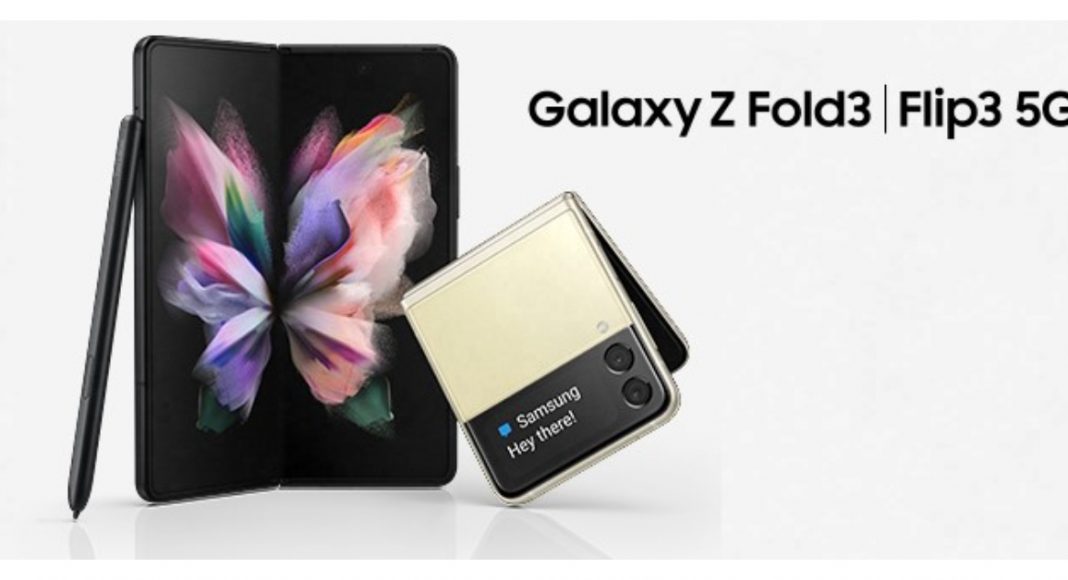 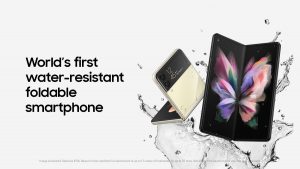 On the other hand, Samsung Galaxy Z Flip 3 price starts at  $999.99 (Rs 74,200). The company will be making the clamshell phone available in Cream, Green, Gray, Lavender, Phantom Black, Pink, and White colour options. There will be three more shades Gray, Pink, and White which will be limited to the Samsung.com website. Speaking of the availability both the devices will go on pre-order today and will be accessible starting August 27 in select markets including the US, Europe, and South Korea. Users that pre-order Z Fold 3 or Z Flip 3 will get a year of Samsung Care+ protection. Users’ phones will be covered from accidental damage, including screen replacement, water damage and back cover replacement. The Indian pricing and availability will be revealed later on.

Speaking of the specification, Samsung Galaxy Z Fold 3 is highlighted with a 7.6-inch foldable QXGA+ AMOLED 2X Infinity Flex main display having 2,208×1,768 pixels of resolution, 22.5:18 aspect ratio, and 374ppi pixel density. There is a 6.2-inch HD+ AMOLED display on the outside with 832×2,268 pixels resolution, 24.5:9 aspect ratio, and 387ppi pixel density. Both displays on the cover and the inside support up to 120Hz refresh rate and HDR10+ and  Gorilla Glass Victus protection on top. The phone is equipped with a 5nm octa-core SoC with up to 12GB of RAM with 512GB of  UFS 3.1 storage. The handset runs on Android 11 on top of One UI. It comes with a side-mounted fingerprint sensor.

The handset includes a range of connectivity options like Wi-Fi 6, Bluetooth v5.2, NFC, Ultra-Wideband (UWB), and a USB Type-C port and more. Z Fold 3 will come with a 4,400mAh battery along with 25W wireless and reverse charging support. It also supports two new S Pen models- S Pen Fold Edition and the S Pen Pro. The Fold Edition supports Air Command gestures and has a Pro tip but lacks support for Bluetooth connectivity. Whereas the latter one  comes with a USB socket for charging, Air Command and Air Actions

Samsung Galaxy Z Flip 3 is a clamshell-like foldable phone which features a 6.7-inch primary full-HD+ dynamic display offering 1,080×2,640 pixels of resolution. The main display supports HDR10+, 120Hz refresh rate, 22:9 aspect ratio, and 425ppi pixel density and a Corning Gorilla Glass Victus protection. On the lid, it carries a 1.9-inch AMOLED display with a 512×260 pixels resolution. The phone is powered by a 5nm octa-core SoC coupled with up to 8GB RAM and up to 256GB UFS 3.1 storage. 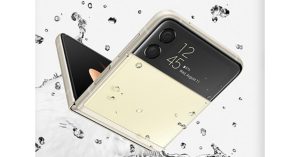 For the optics, Samsung Galaxy Z Flip 3 is highlighted with a dual rear camera setup that includes a 12-megapixel primary sensor with an f/1.8 aperture and a 12-megapixel wide-angle lens. In terms of selfies, there is a 10-megapixel sensor on the front having an f/2.4 aperture.

Komila Singhhttp://www.gadgetbridge.com
Komila is one of the most spirited tech writers at Gadget Bridge. Always up for a new challenge, she is an expert at dissecting technology and getting to its core. She loves to tinker with new mobile phones, tablets and headphones.
Facebook
Twitter
WhatsApp
Linkedin
ReddIt
Email
Previous articleMediaTek Dimensity 920 and Dimensity 810 chipsets with support for 5G connectivity launched
Next article12 August 2021 Amazon Quiz: Participate and win Rs 20,000 Pay Balance