Samsung will soon be seen launching mid-range and entry-level tablets. 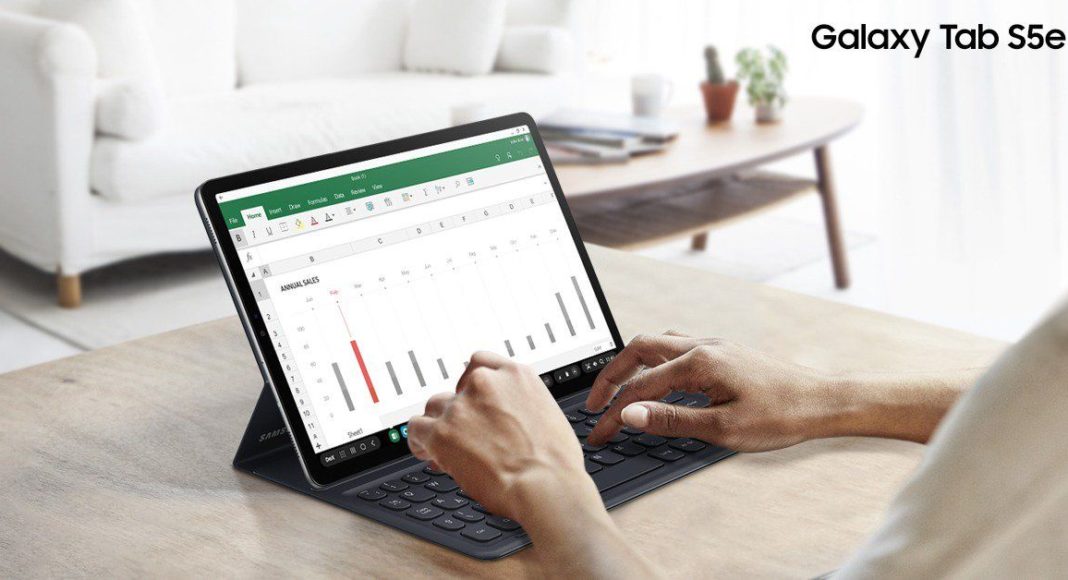 Samsung yesterday launched two of its new tablets in the Indian market – the Galaxy Tab S5e and the Galaxy Tab A10.1. Both the devices come with a different set of specifications and price tags and will be going on a sale in the next few days. However, just a day after the launch of the new tablets, another leak has online that suggests that the South Korean smartphone maker is working on more than one new tablets. These are expected to give a direct competition to Apple’s iPads. Now, a Samsung tablet with model number SM-T545 has made it to the Geekbench benchmarking platform. The leak reveals some of the key specifications of the tablet along with the benchmark scores of the device.

According to the leak, the upcoming Samsung device with model number SM-T545 is supposed to be a mid-range tablet. The benchmarks listing says that it will be powered by Qualcomm’s Snapdragon 710 SoC paired with 4GB RAM. The upcoming tablet will run Android 9 Pie skinned with Samsung’s One UI. If the leaks are true, then this could be the first tablet from Samsung to be powered by the Snapdragon 710 SoC. So, it makes the leaked device higher in specifications than the Galaxy Tab S5e.

Moreover, reports also suggest that the company is working on another tablet that will reportedly be powered by a lower Snapdragon 429 SoC. It will be an entry-level tablet and it will have an 8-inch display. However, it will also run Android 9.0 Pie skinned with One UI and it will come with 2GB of RAM and 32GB of internal storage. The tablet is expected to come in multiple variants, and their model names are SM-T295, SM-T295C, SM-T295N and SM-T297. The new tablets will also be equipped with LTE for connectivity. It is also worth mentioning that the tablet with model number SM-T920 will come with Wi-Fi only for connectivity.

As mentioned above, the company launched two of its new tablets yesterday in the Indian market – Galaxy Tab S5e and the Galaxy Tab A10.1. Both of these tablets come with large displays – while the Galaxy Tab 10.1 sports a 10.1-inch LED display, the other features an S-AMOLED display that has an aspect ratio of 16:10. Samsung Galaxy Tab S5e is powered by a Snapdragon 670 SoC paired with 4GB of RAM. It supports Samsung DeX and it can be paired with an external keyboard with POGO connectors. On the other hand, the Galaxy Tab A10.1 is powered by an Exynos 7904 SoC paired with 2GB of RAM. Both the tablets have Dolby Atmos 3D sound support and they run Android 9.0 Pie skinned with One UI.

Aman Singhhttps://www.gadgetbridge.com/
Aman Kumar Singh has a Masters in Journalism and Mass Communication. He is a journalist, a photographer, a writer, a gamer, a movie addict and has a love for reading (everything). It’s his love of reading that has brought him knowledge in various fields including technology and gadgets. Talking about which, he loves to tweak and play with gadgets, new and old. And when he finds time, if he finds time, he can be seen playing video games or taking a new gadget for a test run.
Facebook
Twitter
WhatsApp
Linkedin
ReddIt
Email
Previous articleTelegram 5.8 gets the ability to create local groups and add contacts nearby
Next article[Video] Samsung Tab S5e Unboxing, First Impressions along with book cover keyboard