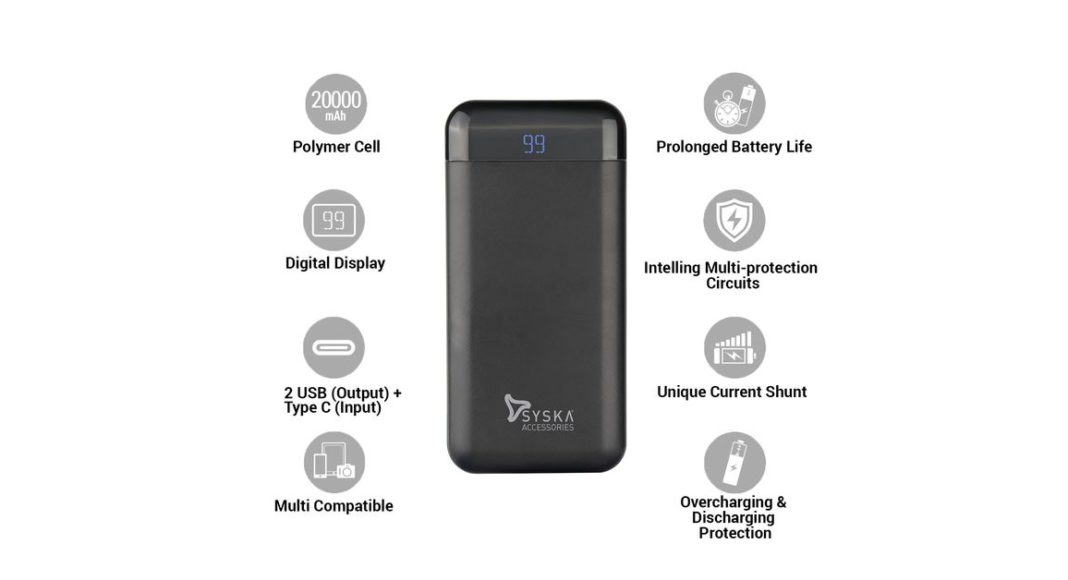 Speaking on the launch of Syska Power Vault 200, Gurumukh Uttamchandani, Executive Director of Syska Group said, “We at Syska conduct in-depth research of the market before launching any new product and also have a well-equipped advanced research & development lab for innovation and quality controls. The power bank market is on a growth trajectory owing to factors such as increasing use of electronic devices and technological advancements.”

Here are all the details that you should know about the newly launched power bank in India:

The Syska Power Vault 200 power bank is priced at Rs 1,299 and is available on Flipkart. It comes with a 6 months warranty against any manufacturing defects. The warranty will be effective from the date of purchase of the product.

The Syska Power Vault 200 is a multifunctional power bank that houses a 20,000mAh Lithium Polymer battery. It comes with a high-density polymer cell which offers long-lasting support to the charging needs of the user. The power bank comes with a unique current shunt system which enables the connected device to charge in stages. The power bank comes with a built-in intelligent circuit control that can shunt the current when it is self-charging and outputting the power at the same time. While charging more than one device, the current shunt feature ensures that all the devices are charged uniformly and at a faster speed. 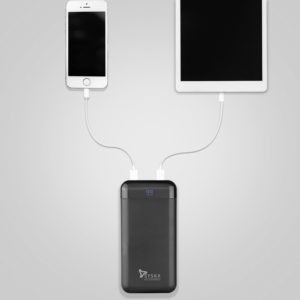 Syska Power Vault 200 also comes with overcharging and discharge protection which prevents the product from overcharging. Along with that, the power bank comes with an Intelligent Multi-Protection Circuits which protects it when charging and also when the charge is being discharged to other devices. The Syska Power Vault 200 offers a prolonged battery life which is capable of offering the users up to 500 times of charge/discharge cycle. To prolong the power bank’s battery life there is a modulation of pulse width which reduces the energy consumption.

Aman Singhhttps://www.gadgetbridge.com/
Aman Kumar Singh has a Masters in Journalism and Mass Communication. He is a journalist, a photographer, a writer, a gamer, a movie addict and has a love for reading (everything). It’s his love of reading that has brought him knowledge in various fields including technology and gadgets. Talking about which, he loves to tweak and play with gadgets, new and old. And when he finds time, if he finds time, he can be seen playing video games or taking a new gadget for a test run.
Facebook
Twitter
WhatsApp
Linkedin
ReddIt
Email
Previous article
Oppo A1K and Oppo A5s specifications leaked, expected to launch in India soon
Next article
Redmi 7 set to launch today: How to watch the live stream, expected price and specifications