Both the phones are scheduled to go on sale during the Amazon Prime Day Sale. 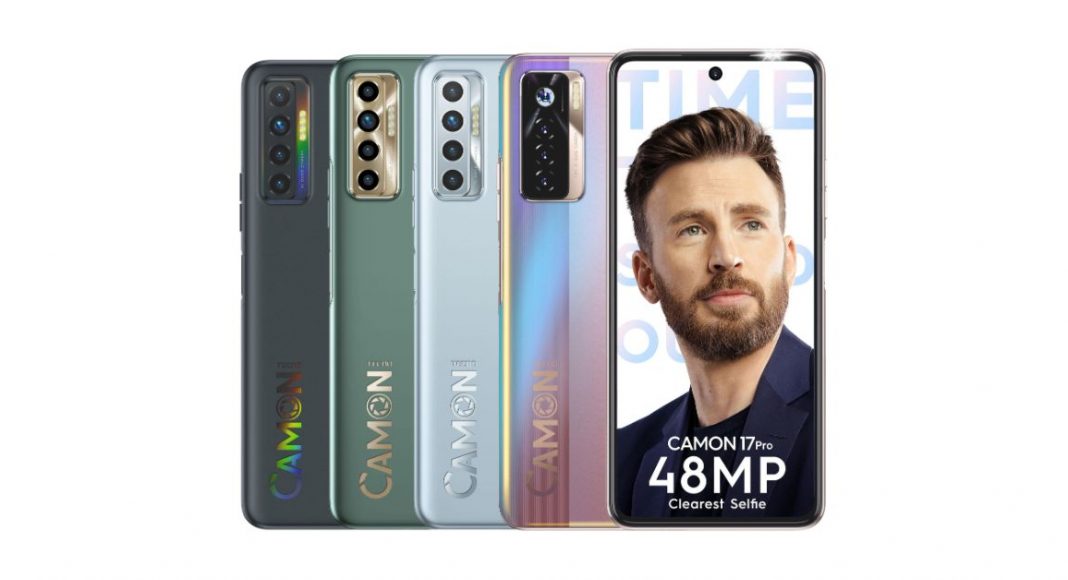 Tecno has officially launched a new lineup of smartphones in the Indian market today. Both Tecno Camon 17 Pro and Tecno Camon 17 come with great features at budget pricing. The devices are powered by a MediaTek processor and feature a multiple-camera setup.

The former one will be available in a single Arctic Down colour option whereas the latter one will be offered at  Frost Silver, Spruce Green, and Magnet Black variants. The launch offers include Buds1 on the purchase of the Pro variant along with a 10 percent instant discount on HDFC bank cards. Similarly, there will be a 10 percent instant discount on HDFC debit and credit card transactions. Both the phones are scheduled to go on sale in India on July 26 during the Amazon Prime Day Sale.

In terms of camera capabilities, Camon 17 Pro comes with a 64-megapixel primary sensor, an 8-megapixel wide-angle lens, a 2-megapixel bokeh lens, and a 2-megapixel monochrome sensor. While on the front there is a 48-megapixel ultra-clear selfie camera.

The Phone will be available in 8GB RAM with 128GB storage that can be expanded up to 256GB using a microSD card. The device is backed by a 5,000mAh battery with 33W fast charging support. In terms of connectivity, there is 4G LTE, Wi-Fi (2.4GHz and 5GHz), Bluetooth v5, GPS, and others.

For the photos and videos, Camon 17 consists of a quad rear camera set up that includes a 64-megapixel main sensor, and three additional 2-megapixel sensors. Upfront there is a 16-megapixel selfie camera.

This smartphone ships a 5,000mAh battery which is supported by an 18W fast charger. For connectivity, it includes 4G LTE, Wi-Fi (2.4GHz and 5GHz), Bluetooth v5, GPS, and others.

Komila Singhhttp://www.gadgetbridge.com
Komila is one of the most spirited tech writers at Gadget Bridge. Always up for a new challenge, she is an expert at dissecting technology and getting to its core. She loves to tinker with new mobile phones, tablets and headphones.
Facebook
Twitter
WhatsApp
Linkedin
ReddIt
Email
Previous articleInstagram new security check feature rolled out for accounts that may have been hacked
Next articleMediaTek introduces gaming-focused Helio G96 and Helios G88 SoC for upcoming budget smartphones