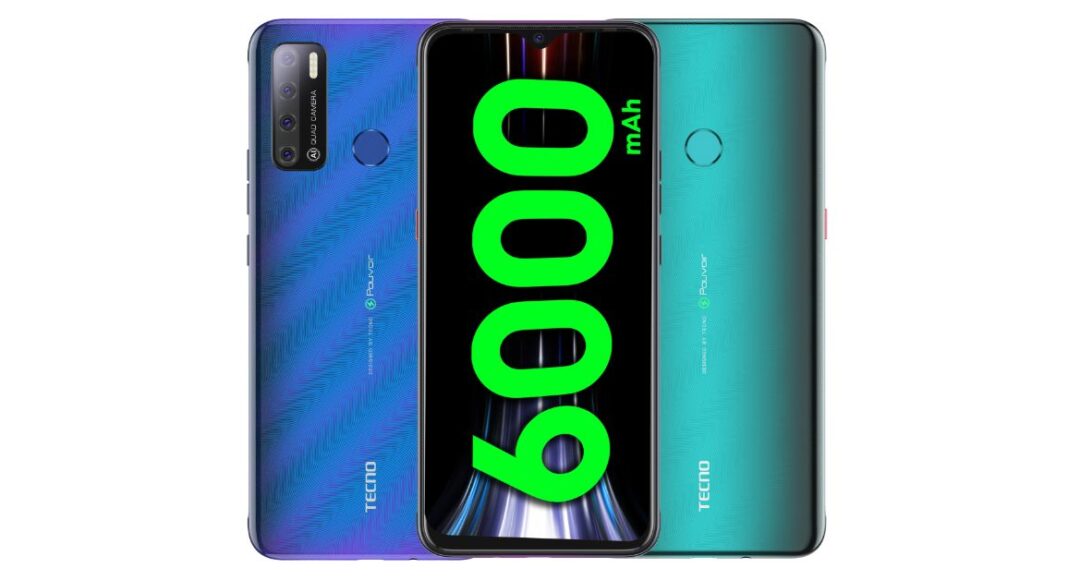 Transsion holding smartphone brand Tecno Mobile has launched its new mobile phones in the market. The company has announced the launch of Tecno Spark Power 2 Air in India which is another new variant of Tecno Spark Power 2 which arrived in the country a few months back in June this year.  The device is powered by MediaTek Helio A22 quad-core processor and will be offered in a single RAM variant. Moreover, there is a 6000mAh battery on the house with a standby time of up to 560 hours. The smartphone is scheduled to go on sale next week via the e-commerce website Flipkart.

Tecno Spark Power 2 Air has been launched in India in a single 3GB of RAM with 32GB of storage option priced at  Rs 8,499. This will be available in Cosmic Shine and Ice Jadeite colour options. The device is scheduled to go on sale in the country starting September 20 via Flipkart at 12 noon onwards paired with bank offers and no-cost EMI options.

However, the Tecno Spark Power 2 was introduced in June at Rs 9,999 for the 4GB of RAM with 64GB of storage option and offered in two colour options Ice Jadeite and Misty Grey.

Tecno Spark Power 2 Air features a 7-inch HD+ waterdrop-style notch display with 720×1,640 pixels of resolution. The display panel has an aspect ratio of 20.5:9 along with a 90.6 percent screen-to-body ratio and a peak brightness of 480 pixels. The device runs HIOS 6.1 based on the top of Android 10. Under the hood, there is a 2GHz quad-core MediaTek Helio A22 processor paired with 3GB of RAM and 32 GB of onboard storage. It comes with a dedicated slot to expand the memory to up to 256GB using a microSD card.

For optics, there is a quad rear camera setup on the phone that includes a 13-megapixel primary sensor with f/1.8 aperture. In addition to this, there are two 2-megapixel camera sensors on the phone one as a depth sensor and the other one is the macro lens while the fourth sensor is the AI lens. The camera sensors include features such as Auto-Scene Detection Mode, Bokeh Mode, AI HDR Modes, AI Stickers and Macro photography. Upfront there is an 8-megapixel selfie camera with dual flash support.

The Tecno Spark Power 2 Air comes with dual speakers with Stereo Sound powered by Dirac. It has a 6000mAh battery which claims to deliver up to 4 days of battery life with a standby time of 560 hours, calling time of 38 hours, internet and Wi-Fi of 20 hours, music playback of 151 hours, the game playing time of 13 hours and video playback time of 15 hours.

In terms of connectivity, there is Bluetooth v5, 4G LTE, Wi-Fi 802.11 b/g/n/ac. Moreover, there is Face Unlock 2.0 and fingerprint Sensor for biometrics. According to the company, the face unlock comes with closed eye protection and screen fill-in light.

Komila Singhhttp://www.gadgetbridge.com
Komila is one of the most spirited tech writers at Gadget Bridge. Always up for a new challenge, she is an expert at dissecting technology and getting to its core. She loves to tinker with new mobile phones, tablets and headphones.
Facebook
Twitter
WhatsApp
Linkedin
ReddIt
Email
Previous articleLG MAGNIT: A new Micro LED signage solution with enhanced picture quality
Next articleSeptember 15 Amazon Quiz Answers: Today you can win Mi Laptop