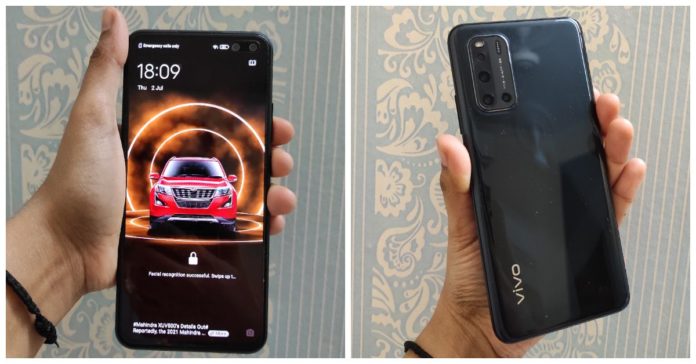 After getting delayed for months due to coronavirus lockdown the Chinese smartphone company Vivo last month announced the launch of its new smartphone in the country, Vivo V19. The device was earlier scheduled to launch in India on March 26 then was postponed for May 12. The device is mainly a photography-focused device offering a total of six cameras on board. It is the successor of Vivo V17 that arrived in the Indian market last year with dual pop up selfie camera.

Vivo is popular amongst the people living in India for offering devices at competitive pricing. According to a report in the first quarter of 2020, the company has grown by 40 percent and managed to be in the list of top 5 selling smartphone brands in the country. In India, the company launched the Vivo V19 in two variants of 8GB of RAM with 128GB of storage and 8GB of RAM with 256GB of onboard storage option with a price tag of Rs 27,990 and Rs 31,990 respectively.

So, if you are looking for a new smartphone focusing on photography then our today’s review of Vivo V19 will be helping you to know if it is worth buying or not.

Vivo has a strategy of refreshing its devices every six months and every time it launches a new device it has something new to offer. Unlike its predecessor, the device comes with a total of six cameras on which we will talk in detail later on. First, let’s have a look at Vivo V19’s display and inbox contents. On opening the box, you will find a pair of earphones, a charger and a phone cover for protection other than the smartphone. 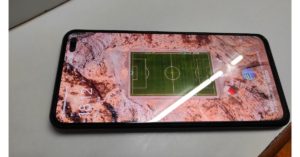 The device is light in weight. For people like us, we prefer a smaller screen as it makes handling the phone with one hand much easier, so while using Vivo V19 both our hands will be involved, one to hold the phone and other to reach the top part of the device. You get a dual punch-hole design display that houses dual selfie camera onboard placed at the top right corner of the screen. 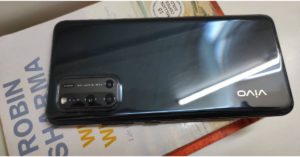 The volume rocker and the power button are located on the right side of the device while the 3.5 mm audio jack, mic, USB Type-C port and the speaker grille is positioned down at the bottom-most part of the phone. You get a whole glass body on the front as well as on the back and both the sides have been layered with Corning Gorilla Glass 6 protection. On the back, you get a glossy finish with an L-shaped camera module housing a quad-camera along with an LED flash.

For this review, we got the Piano Black version, though the company also offers a Mystic Silver colour option for the Vivo V19. After reviewing so many devices we have come to know that darker shades attract more fingerprints than the usual lighter colour options, the same goes with V19. As we get a glass back panel the company ships a transparent back cover for protection to prevent it from bumps and scratches. 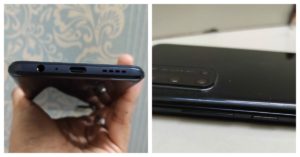 Instead of the rear and a side-mounted fingerprint panel the company has given an in-display fingerprint scanner, which is not as accurate and swift as the face unlock. We were better off with the pattern unlock as that works much better.

Vivo V19 features a 6.44-inch full-HD+ Super AMOLED display offering 1,080×2,400 pixels of resolution and 20:9 aspect ratio. In addition to this, there is a low brightness anti-flicker technology in it to reduce eye strain. The display also supports HDR 10 along with DCI-P3 colour gamut and 800 nits peak brightness as well as Widevine L1 offering great video experience for Netflix and Prime video binge as well as for the gaming sessions. It offers good viewing angles as the display appears crisp and sharp even during bright daylight.

During our review, we also streamed a few shows and watched lots of videos on YouTube and that experience was also fine. The colours are accurate and the screen is also bright.

Before we get on to the performance part, we would like to tell you that Vivo V19 is powered by an octa-core Qualcomm Snapdragon 712 chipset paired with 8GB of RAM and 128GB and 256GB of memory. We reviewed the 8GB of RAM version with an internal storage of 256GB. Using the phone is a hassle-free experience. Switching between multiple apps is fluid and performed well on most occasions. However, you don’t get the same blazing speed when compared to the more powerful Snapdragon 855 being offered in this segment.

The gaming experience on the phone is also pretty good. We did not come across any lag while playing PUBG or Call on Duty on the device, even on higher graphics settings. However, we did experience some heating up after playing games for long. 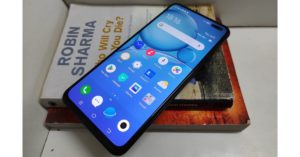 On the software front, the mobile phone runs on Funtouch OS 10 on top on Android 10. The device did come with some bloatware that includes pre-loaded apps such as Amazon, Flipkart, Helo and others. While the device keeps on spamming the phone with messages that can be disabled from the settings, also the pre-installed app can be uninstalled, which is a good thing.

One thing we need to point out, there is no app drawer on the Vivo V19, which is not a major low but we do like our home screens less cluttered. On swiping the screen right brings the Smart Launcher that offers shortcuts to apps, which have been used on the handset frequently. Whereas swiping down from the top of the screens brings quick actions as well as notifications. Here you can easily set the screen brightness. 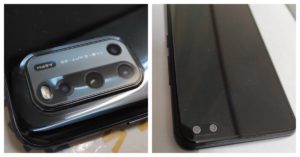 Now here comes the important and the last part of the Vivo V19 review which is the camera performance. On the handset, you get a total of six cameras. Four on the rear and 2 on the front. The Vivo smartphone quad rear camera setup consists of a 48-megapixel primary camera with f/1.79 aperture. The camera system is further assisted by an 8-megapixel wide-angle lens with f/2.2 aperture, a 2-megapixel depth sensor for portraits and a 2-megapixel macro lens with f/2.4. Vivo has adopted a good approach towards offering a higher camera set up in this price segment. 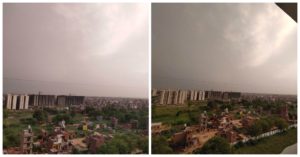 The rear cameras are good at capturing images in any good light conditions (indoors and outdoors). It takes detailed shots using the primary 48-megapixel primary sensor. The colours are also accurate and the exposure too is precise both in daylight as well as low light, thanks to the Night mode. But, the 8-megapixel wide-angle lens lacks details in some of the images. One could make out that the edges in the images are not sharp when clicked in wide-angle. 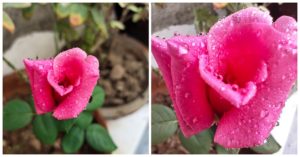 For stunning close-up shots, V19 comes with a dedicated macro lens. It didn’t fail to impress us, producing well detailed, sharp as well as accurate colours. In short, the images looked natural and the reds in the images are also faultless. Have a look at the image samples below. 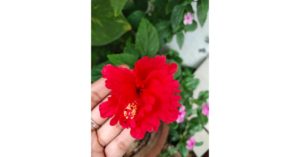 But as usual, the added beautification to the portrait images is just not for us as we prefer more natural-looking images. Nonetheless, Vivo offers you an option to disable it before taking shots. Also, a separate option is given for enabling the bokeh effect while you take a picture. The same goes for the selfie camera set up, by default the beautification mode is enabled. 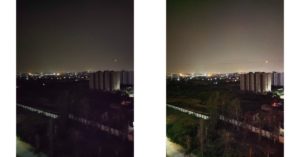 Talking about which, on the front, there is a dual hole-punch selfie camera on the Vivo V19 that includes a 32-megapixel main selfie camera with f/2.08 aperture and an ultrawide 8-megapixel lens with f/2.28 aperture. The camera set up also features modes such as super night selfie, art portrait mode and super macro mode. Again, the image quality of the wide-angle lens was not up to the mark as the crispness in the captured selfies was missing. Otherwise, they were flawless.

In terms of the battery, it boasts a 4,500mAh battery that offers a full day of usage. But if you are a heavy gamer and a love to stream videos and movies while checking out your social media accounts you need to put it to charge before going to sleep. For the average user like us, the battery lasted for more than a day. The company also ships a 33W fast charger which can quickly recharge this smartphone.

In this price range rather than providing the more powerful Snapdragon 855 the company offers us Snapdragon 712 SoC, which is not the best in this segment. For this, the company should have kept the price low, else the latest mid-range Snapdragon 730G should have been kept. Nonetheless, the simple CPU also does a good job at day to day tasks and gaming. The primary camera sensors on the front and back do a good job, but we wanted more sharpness from the wide-angle lens.

The overall design of the Vivo V19 is much more attractive than its predecessor as the device retains an all-glass body, looks much sleeker and light in weight. If you want a good gaming smartphone in a budget, that can capture some great shots and will not die on you soon, this smartphone could be your partner.

- Advertisment -
After getting delayed for months due to coronavirus lockdown the Chinese smartphone company Vivo last month announced the launch of its new smartphone in the country, Vivo V19. The device was earlier scheduled to launch in India on March 26 then was postponed for...Vivo V19 Review: Excellent display, good battery and nice photos are part of the package