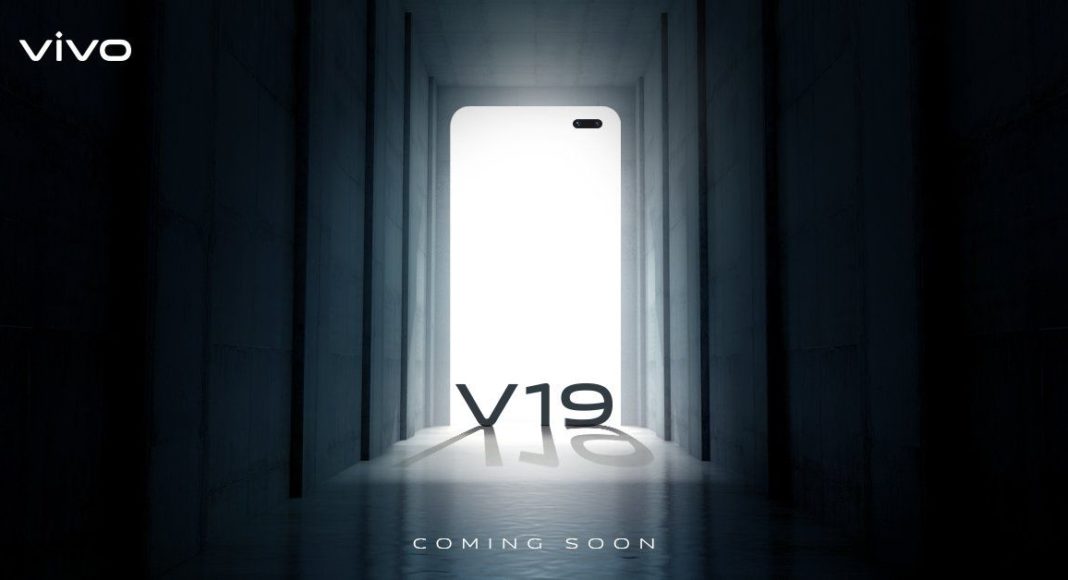 The Chinese smartphone manufacturer Vivo has finally announced the launch date of Vivo V19. The device is now scheduled to launch in India on March 26. The smartphone is the redesigned variant of the model which was launched in Indonesia earlier this month. The Indian variant will come with slight changes as per a report.

To officially announce the launch date of Vivo V19 in India the company took to Twitter. The company revealed that the smartphone will arrive in India on March 26. Alongside this, Vivo also shared a teaser image that confirmed that the Indian variant of Vivo V19 will be different from the Indonesian variant. The shared image displayed the silhouette of the upcoming handset which reveals that it will feature a dual punch hole instead of a single hole punch to house a selfie camera.

But, even before the official announcement could be made, an online leak already confirmed that the phone will be powered by Snapdragon 712 along with 8GB of RAM instead of  Snapdragon 675 chipset besides the front camera set up.

According to a report, the Indian model of Vivo V19 will come with a 6.44-inch FHD+ Dual iView E3 Super AMOLED display with a 20:9 aspect ratio and 409ppi. Under the hood, there will be a 2.3GHz octa-core Snapdragon 712 SoC paired with 8GB of RAM along with two storage options 128GB and 256GB. It is likely to go with an all-glass body and will be available in two colour finishes Mystic Silver and Piano Black. In addition to this, the display is supposed to support an in-display fingerprint sensor and will run on Android 10-based FunTouch OS 10.

In terms of cameras, Vivo V19 is suggested to feature four cameras stacked vertically inside an L shaped camera module similar to the Galaxy S20 series. The setup will consist of a  48MP primary sensor, an 8MP super wide-angle lens, a 2MP macro lens and a 2MP depth sensor. The Indian variant will come with a dual selfie camera on the front display housed inside a dual punch hole on the right corner. The front camera set up is said to include a 32MP main sensor and an 8MP wide-angle lens. Besides this, it is expected to come with a 4,500mAh battery with a 33W Vivo Flash Charge 2.0 support instead of an 18W fast charger which is provided with the Indonesian model.

These changes will ultimately increase the pricing of the Indian model, which in Indonesian currency comes at IDR 4,299,000 that translates to Rs 22,100 for the base variant whereas the 256Gb storage costs IDR 4,999,000 which translates to Rs 25,700 as per Indian currency.

Komila Singhhttp://www.gadgetbridge.com
Komila is one of the most spirited tech writers at Gadget Bridge. Always up for a new challenge, she is an expert at dissecting technology and getting to its core. She loves to tinker with new mobile phones, tablets and headphones.
Facebook
Twitter
WhatsApp
Linkedin
ReddIt
Email
Previous article
YouTube is relying more on Machine Learning and less on humans amid Coronavirus outbreak
Next article
Realme announces exciting offers for online smartphone buyers