HomeMobilesVivo Y90 with a 4,030 mAh battery launched: Price and specifications

Vivo Y90 with a 4,030 mAh battery launched: Price and specifications 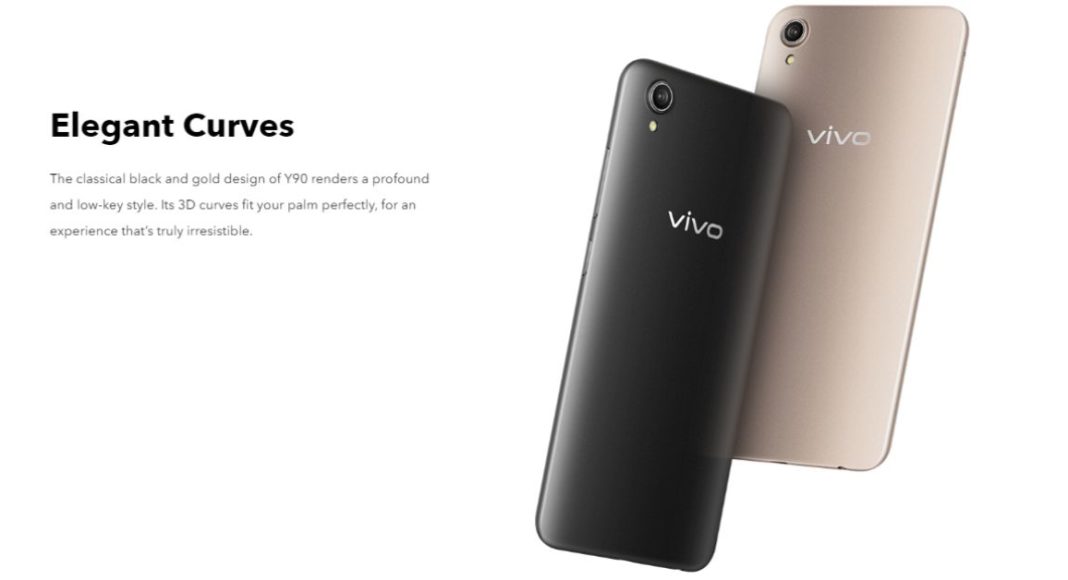 Chinese technology company Vivo has today officially announced its entry-level smartphone Vivo Y90 in Pakistan. The device offers a large battery and comes with a waterdrop notch on its display. The company is also gearing up to launch this smartphone in India soon. The key specifications of the Vivo Y90 include a 6.22-inch HD+ display with a waterdrop notch equipped with the 5MP selfie camera, a 4,030mAh battery, and an Helio A22 SoC. In Pakistan, the smartphone has been launched in two colour variants.

The entry-level smartphone has been launched in a single 2GB RAM variant. Vivo Y90 will be available in two colour variants Black and Gold. The newly launched device by Vivo has been priced at Pakistan Rupee 18,999 (approximately Rs 8,100). It is expected that the smartphone will arrive in India soon. 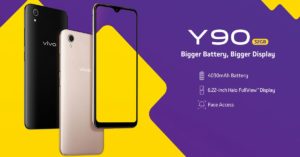 On the imaging front, the Vivo Y90 smartphone comes with a single 8MP rear camera with an f/2.0 aperture along with a number of features including Face Beauty, Professional, Palm Capture, Voice Control, Flash, Video, Time-Lapse, Slow, Time Watermark, and Model Watermark. One the front, there a 5MP selfie camera with f/1.8 aperture and it comes with various features like including Face Beauty, Palm Capture, Voice Control, Selfie Lighting, Video, and Time Watermark.

In an unrelated piece of news, Vivo is all set to launch Vivo Z5 in China on July 31. Prior to its launch, the company has revealed a few images of the upcoming smartphone that show that it will sport a massive 4,500mAh battery that will have support for 22.5W fast charging. It is expected that the smartphone will come with a 6.38-inch (1080×2340 pixels) AMOLED display and will be powered by a 2.3GHz octa-core processor.  The handset will be available in two storage variants: 6GB RAM/64GB internal storage and 8GB RAM/128GB internal storage.

Komila Singhhttp://www.gadgetbridge.com
Komila is one of the most spirited tech writers at Gadget Bridge. Always up for a new challenge, she is an expert at dissecting technology and getting to its core. She loves to tinker with new mobile phones, tablets and headphones.
Facebook
Twitter
WhatsApp
Linkedin
ReddIt
Email
Previous articleSamsung Galaxy Note 10+ 5G leaked image shows a triple rear camera setup
Next articleGoogle launches Sound Amplifier app to help people with hearing impairments