All the device will be launched via an online launch event 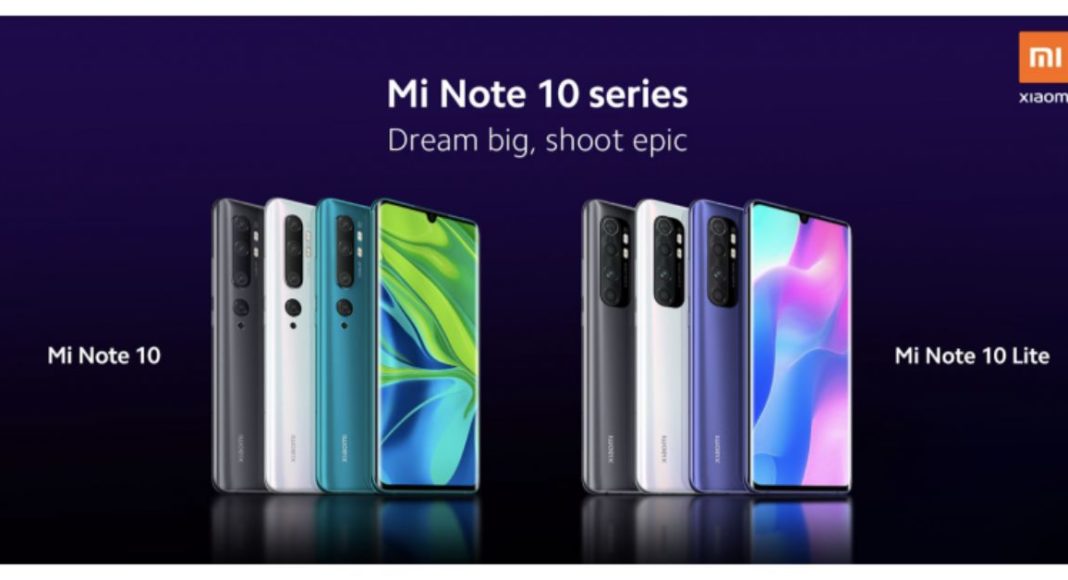 The much-awaited Mi Note 10 is all set to arrive in India on April 30 that is tomorrow. The popular Xiaomi series of smartphones are getting launched alongside the Redmi Note 9 series. The company will be hosting an online event to launch all the devices in the global market. Mi Note 10 series is a photography centric feature and both Mi Note 10 and Mi Note 10 Pro comes with a 108-megapixel primary camera. Through an online launch event, the company will be launching a bunch of new smartphones in India that were supposed to get launched a bit earlier but somehow the launch got delayed due to coronavirus lockdown in India.

Xiaomi has made it official that on April 30 the company has decided to launch not one smartphone instead it will be launching the long-awaited Mi Note 10 series that includes Mi Note 10 and Mi Note 10 Lite and Redmi Note 9.

The launch event will be live-streamed across all the social media channels including YouTube. The online event will begin at 8 PM GMT+8 (5:30 pm IST) on April 30.

Last month Xiaomi’s sub-brand introduced two devices namely Remi Note 9 Pro and Redmi Note 9 Pro max in India. However the Redmi Note 9 could not make off. Now the company will be releasing the device at the same event tomorrow. Also, the device is expected to make its ways to the Chinese market as Redmi 10X.

The Mi Note 10 runs on MIUI 11 and is powered by octa-core Qualcomm Snapdragon 730G processor coupled with 8GB of RAM and 256Gb of internal storage. The storage cannot be expanded though. The handset feature a 6.47-inch curved full-HD+ OLED display offering 398ppi of pixel density with 1,080×2,340 pixels of resolution and 600 nits of brightness. The back panel sports a 3D curved glass and has rounded corners and tapered edges.

In terms of cameras, Mi Note 10 comes with a Penta-camera setup on the rear. The set up includes a 108-megapixel primary camera with an f/1.69 aperture along with four-axis OIS. It is further assisted by a 20-megapixel wide-angle lens with a 117-degree field of view, a 12-megapixel and a 5-megapixel telephoto lens and a 2-megapixel macro camera with an f/2.4 aperture. It allows up to 5X optical zoom, 10x hybrid zoom, and 50x digital zoom. The cameras are capable of recording a 4K video at 30fps. While on the front there is a 32-megapixel selfie camera with an f/2.0 aperture.

The device is supported by an in-display fingerprint sensor and it houses a 5,260mAh battery. The battery is supported by 30W fast charging technology that is claimed to charge the phone completely in 65 minutes.

As per the official render the Mi Note 10 Lite will be available in three colour options Grey, White and Blue. However, the company did not reveal the specifications of the device but recently it was spotted on US FCC. The listing revealed that the device will be powered by Snapdragon 730G SoC. It is expected to house a 5,260mAh battery with 30W fast charging support and a USB Type-C port and dual-band Wi-Fi for connectivity. As per the listing, the smartphone will be 156mm tall in height and 73mm wide. It might include a Penta-camera setup at the rear panel however the recent official renders confirmed a quad rear camera set up which might include a primary sensor, a wide-angle lens, telephoto lens and a depth sensor. 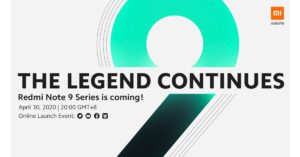 Some reports claim that the company is going to introduce Redmi Note 9  in China as Redmi 10X. The device also got listed on the Chinese regulatory website TENAA with a model number M2003J15SC. As per the listing, the device will come with quad rear camera setup and hole-punch display design. According to the China Telecom website, the smartphone will be available in three colour variants ky Blue, Pine Morning Green, and Ice Fog White. The portal also revealed the key specifications of the device. The site claims that Redmi Note 9 will be rebranded as Redmi 10X in China. The website also revealed that the device will be powered by MediaTek Helio G85 processor and will run on MIUI 11 on top of Android 10. It is expected to feature a 6.53-inch full-HD+ display with 1080×2340 pixels of resolution. In addition to this, the smartphone is suggested to sport a 48-megapixel primary sensor and will be housing a 5,020mAh battery.

Komila Singhhttp://www.gadgetbridge.com
Komila is one of the most spirited tech writers at Gadget Bridge. Always up for a new challenge, she is an expert at dissecting technology and getting to its core. She loves to tinker with new mobile phones, tablets and headphones.
Facebook
Twitter
WhatsApp
Linkedin
ReddIt
Email
Previous article
MediaTek’s Dimensity 1000 5G SoC to be world’s first AV1 video decoder for smartphones
Next article
April 30 Amazon Quiz Answers: Participate and win Rs 10,000