The new products will be coming to the market later this year. 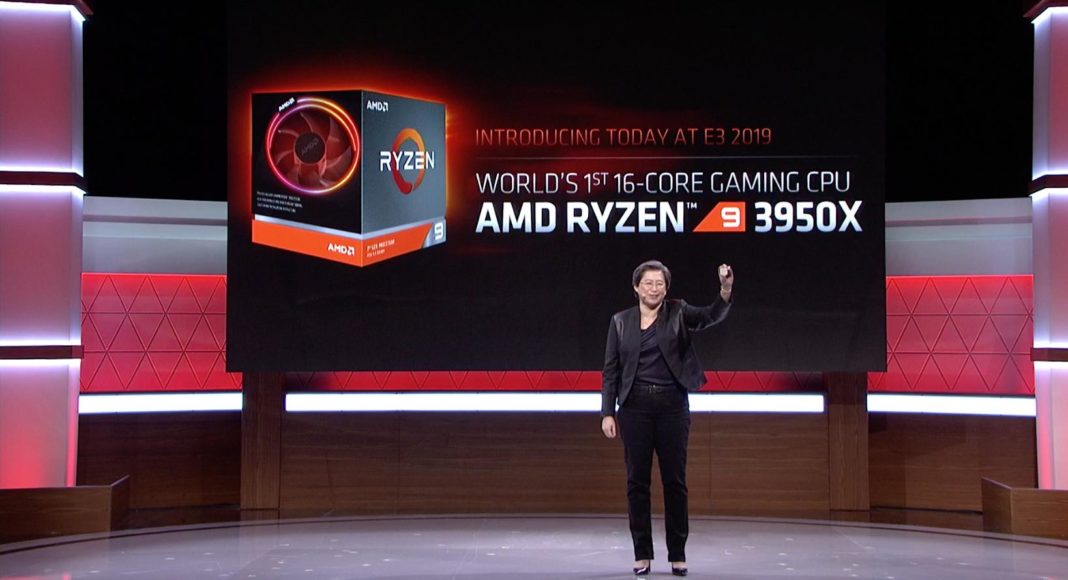 AMD took the stage of the E3 2019 to launch its new PC GPU – AMD Radeon RX 5700 XT – that comes with a revamped design and is meant for gamers. The new GPU is capable of giving 1440p gaming and high-fidelity visuals along with ultra-responsive gaming. It uses the new AMD RDNA gaming architecture and 7nm process technology. Other than the GPU, AMD has also launched the new AMD 3rd Gen Ryzen PC CPUs. The launch took place in the Next Horizon Gaming at E3 2019 and the CEO of AMD Lisa Su launched the new PC gaming platform. Here’s a look at all the details that you should know about:

The AMD Radeon RX 5700 XT is priced at $449 while the AMD Radeon RS 5700 costs $379. The AMD 50th Anniversary Edition Radeon RX 5700 bears a price tag of $499. All three of these new GPUs will be available in the markets from July 7, 2019 and the interested users can buy them from AMD.com and other leading e-commerce platforms along with offline retailers.

While the AMD 3rd Gen Ryzen PC CPU will also be made available from July 7, 2019 onwards and similar to the AMD GPUs, the new CPUs can be purchased from AMD.com and other leading e-commerce platforms along with offline retailers. The 3rd Gen AMD Ryzen 9 3950X CPU is priced at $749 and it will be available from September 2019.

On the launch of the new GPUs and the CPUs, CEO Lisa Su said, “We’ve made significant technology bets to push the envelope on high-performance computing and give gamers the hardware they need to power the experiences they want. Our industry-leading Ryzen 3000 Series desktop processors and Radeon RX 5700 Series graphics cards combine leadership design, performance, technology and efficiency to provide the ultimate gaming experiences. From super-fast frame rates, to new levels of visual realism and image quality, or the ability to easily create, capture and share gaming experiences, PCs featuring our new Ryzen processors and Radeon GPUs offer exceptional performance and features for every gamer at every price point.”

The new AMD Radeon RX 5700 XT and the Radeon RX 5700 GPUs are built on the new AMD RDNA gaming architecture and because of this, they are capable of delivering a superior visual quality, fast performance and advanced features. The 50th Anniversary Edition of AMD Radeon RX 5700 XT GPU has been brought after the company’s completion of 50 years. It brings increased clock speeds and a gold finish with CEO Lisa Su’s signature.

Aman Singhhttps://www.gadgetbridge.com/
Aman Kumar Singh has a Masters in Journalism and Mass Communication. He is a journalist, a photographer, a writer, a gamer, a movie addict and has a love for reading (everything). It’s his love of reading that has brought him knowledge in various fields including technology and gadgets. Talking about which, he loves to tweak and play with gadgets, new and old. And when he finds time, if he finds time, he can be seen playing video games or taking a new gadget for a test run.
Facebook
Twitter
WhatsApp
Linkedin
ReddIt
Email
Previous article
Honor 20i with a 32MP selfie camera launched in India: Price and specifications
Next article
Amitabh Bachchan’s official Twitter account hacked by a Turkish hacker group on Monday