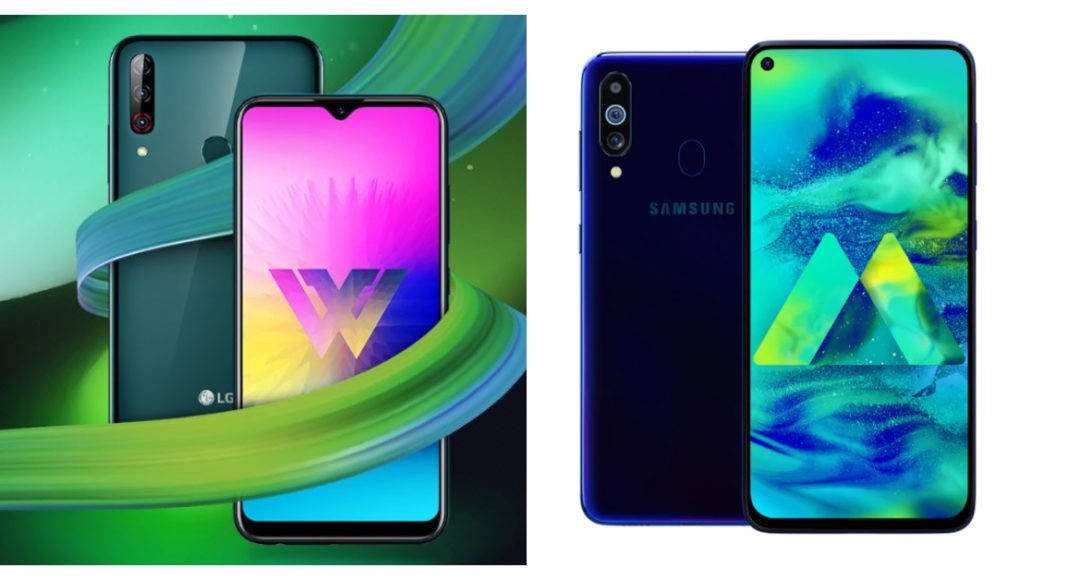 The Samsung Galaxy M40 holds a larger display, and offers more resolution than the new LG W30 Pro and it also comes with a Gorilla Glass protection on top. This makes it the winner here.

Both the smartphones come with the latest CPUs. However, Qualcomm’s Snapdragon 675 SoC is fairly more powerful than the Snapdrgaon 632 SoC.

Both the smartphones feature a triple-rear camera setup on their back panels but the resolution of their main cameras vary. Other than that, the other two cameras hold similar resolutions.

Both the smartphones have the same 16MP selfie camera. So as far as front-facing cameras go, there is a tie.

Samsung Galaxy M40 comes with more RAM and storage than the LG W30 Pro as it holds just 4GB of RAM.

Both the smartphones support a microSD card and they both come with a hybrid SIM slot, so users will be able to put either two SIMs or a single SIM and a microSD card. But till the microSD card capacity of the LG W30 Pro is unannounced, we can’t really say which among the two wins.

This is the department where the LG W30 Pro shines as it packs a larger 4,000mAh battery as compared to Samsung Galaxy M40’s 3,500mAh battery.

Both the smartphones run Android 9 Pie. One comes with LG’s UI while the other has the Samsung’s One UI. However, we should mention that Samsung is far better than LG when it comes to rolling out software updates.

Although the price of the LG W30 Pro is currently not known but considering the specifications of the smartphone, it should be priced under Rs 15,000. On the other hand, the Galaxy M40 holds a price tag of Rs 19,990. However, it does come with better specifications and features. Both the smartphones have their own pros and cons, but then, we would have to wait till the price of LG W30 Pro is known to call one among the two a better value for money device.

Aman Singhhttps://www.gadgetbridge.com/
Aman Kumar Singh has a Masters in Journalism and Mass Communication. He is a journalist, a photographer, a writer, a gamer, a movie addict and has a love for reading (everything). It’s his love of reading that has brought him knowledge in various fields including technology and gadgets. Talking about which, he loves to tweak and play with gadgets, new and old. And when he finds time, if he finds time, he can be seen playing video games or taking a new gadget for a test run.
Facebook
Twitter
WhatsApp
Linkedin
ReddIt
Email
Previous articleNokia smartphone buyers exchanging old devices can now get a 10% additional value: Here’s how
Next articleSamsung Galaxy Fold 5G variant receives the FCC certification: Here’s more on it