6 methods to fix Apple logo shows and phone shuts down, does not start

Are you stuck in a boot loop on your iPhone? Here is how to fix it.

Many iPhone users have been facing the problem of being stuck in the Apple logo or phone turning off automatically. This problem started to surface once in the past as well. Users started to face issues like the phone will not turn on, will go in a boot loop or won’t turn on at all.

There can be many reasons for this problem. You might have tried to jailbreak the phone, an update that triggered some unnecessary bug or hardware malfunction. This situation can be extremely annoying and painful. Are you stuck in a similar situation? Worry not, here are some easy fixes that you can try on your own. 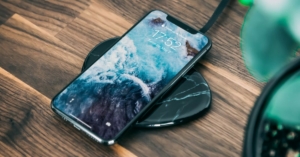 If your device does not have enough charge it will show you the Apple logo but the phone won’t boot up, this usually happens with older iPhones more often, as the battery life is degraded, it often misbehaves. Try plugging your device in the charger and wait for some time before trying to start it. 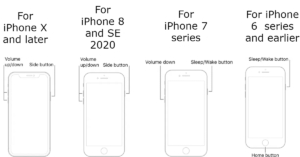 A hard reset usually fixes the temporary glitches. This method won’t work if there are any issues with your firmware or hardware.

Read Also: How to install iTunes on a Chromebook laptop?

You can fix your iPhone using iTunes on your machine with the help of recovery mode. Here is how to do it.

Once done successfully you will see a power cable and a laptop icon on the screen (like the image below). 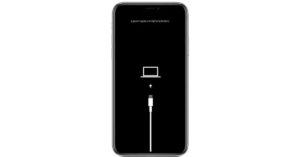 Step 2 – Open your system and then iTunes on it.

Step 3 – Connect your iPhone and it will automatically ask you to update or restore the device. 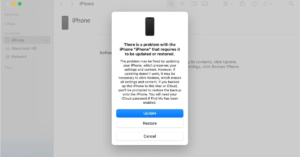 Warning: This will reset the iPhone to the factory setting and all your data including contacts, photos or any multimedia will be gone if not backed up previously.

DFU stands for Device Firmware Update, it is similar to the above method. It is generally used for iPhones that are stuck in the boot loop due to bad software updates. This will also result in losing all the data from your iPhone. It is also an official method that you can consider using.

Step 1 – Plug your phone via USB and open iTunes on your laptop.

Step 2 – Now follow the instructions according to the device you own. 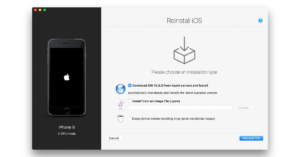 There will be nothing on the iPhone’s display but iTunes will now automatically prompt that your phone is in DFU mode and you can select what next to be done.

If doing this feels like a hassle you can always go with a third-party application. There are lots of applications but our recommendation is Tenorshare Reiboot. The application is very informative and gives you a step by step guide on how to do it. We will still like to give you an easy overview of using it. 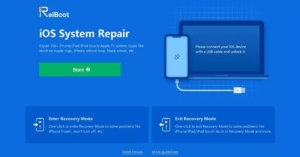 Step 2 – Press Start on the home screen to start the process. 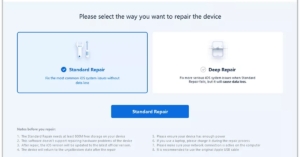 Step 4 – Put your device on Recovery or DFU mode using the above methods if the device is not detected. 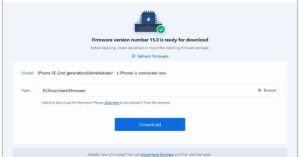 Step 6 – Now press Start the repair and wait for it to complete. 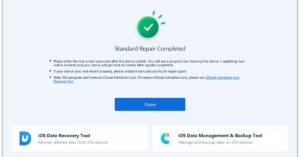 Once completed your device should start perfectly alright with a brand new OS.

This is the last option you can opt for. If the phone didn’t start from any of the methods above there might be an issue with firmware or hardware, which needs to be fixed via a professional. We recommend going to the official apple service centre only as genuine parts last a little longer than any of the knockoffs in the market.