What Is Reddit Karma And The 5 Best Ways To Earn It Quickly?

Not just in real life, your karma matters on Reddit too! Check out these 5 best ways to earn it quickly. 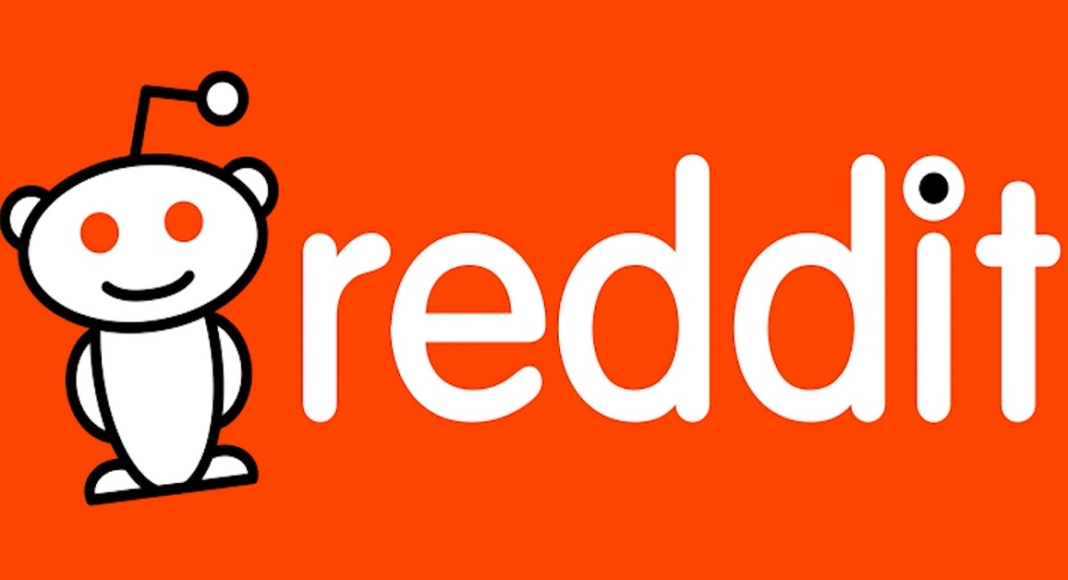 Reddit has very cleverly tried to incorporate the principle of karma on its platform. For those who are not aware of karma, it is a Sanskrit word that means deeds or actions. Spiritually it refers to the principle of cause and effect, according to which an individual’s deeds or karma influence their future. Hence, good karma in your present will have a positive effect on the nature and quality of your future. In Reddit, users gain digital karma upon posting or commenting on content. It’s just like a score that you get credited with by Reddit and is displayed on your Reddit profile. Your total karma is the sum of your Post Karma and Comment Karma. A high karma score means that your posts and comments are well appreciated by the crowd. It makes you appear as an authority in your community. We have provided below the 5 best ways to earn Reddit karma quickly.

Your Reddit karma can also go negative, that is if people downvote your content. When people upvote your content, your karma increases. Now, Reddit karma does not have many uses outside the Reddit ecosystem. But within Reddit, higher karma means you not only get to join some exclusive communities but also you can start your own subreddit. Moreover, higher karma also is said to increase your reputation on the platform. Hence, if you are an avid user of Reddit, you might be interested in knowing the best ways how to quickly earn karma on Reddit. 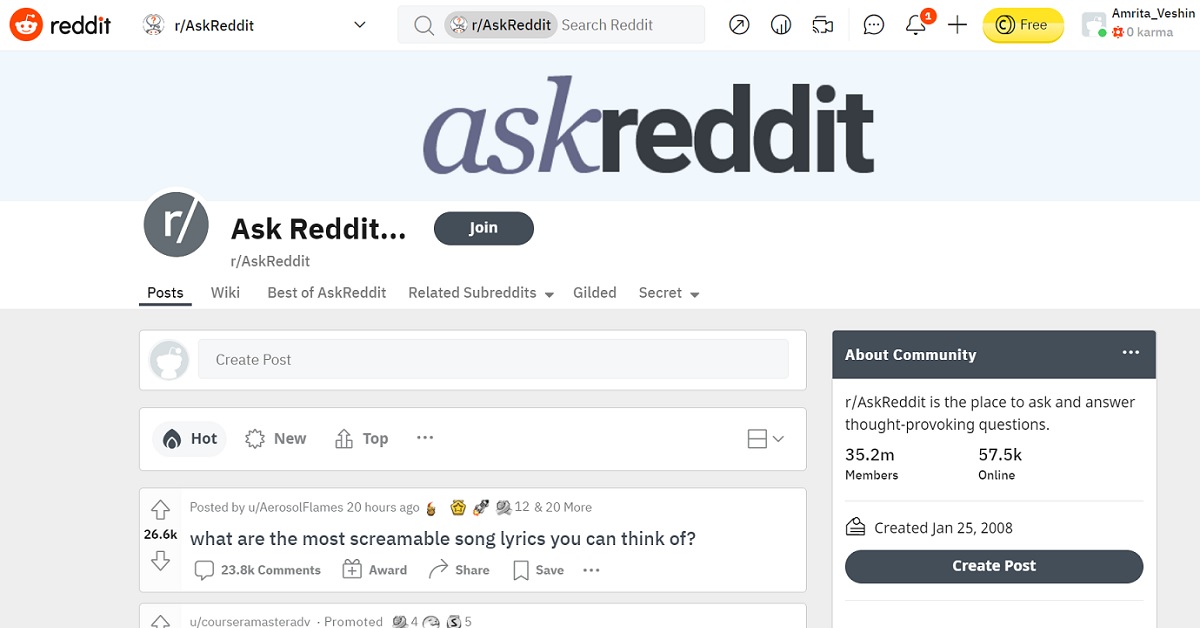 r/AskReddit is a subreddit Q/A forum wherein you can ask any kind of question on nearly any subject of your choice. If you ask a good question, especially an open-ended one, you might get lots of responses, and ultimately, upvotes. Moreover, you can utilise this opportunity to comment back on the replies you get. The more the comments, the more the comment karma.

Posting and Commenting on Subreddits Dedicated to Giving Karma 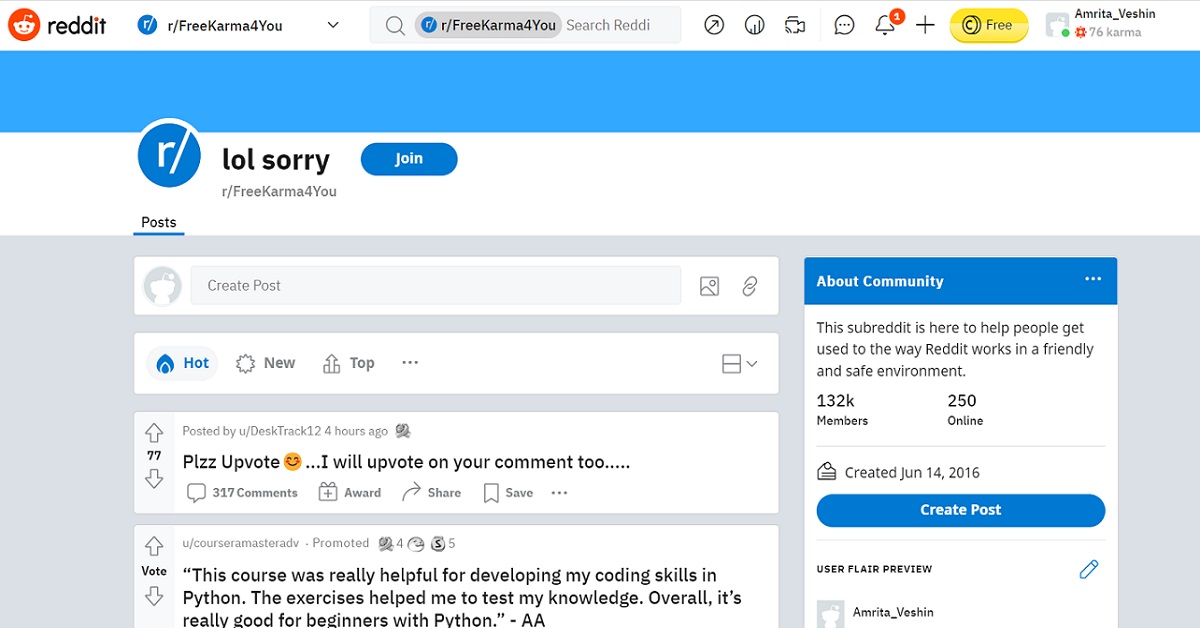 There are subreddits like r/FreeKarma4U which are spaces especially built for supporting one other and giving each other karma. You can post anything here, and your content receives upvotes, on the condition that you also upvote others’ content as well.

Read also: How to Block, Unblock or Mute Someone on Twitter?

Commenting on New and Rising Posts 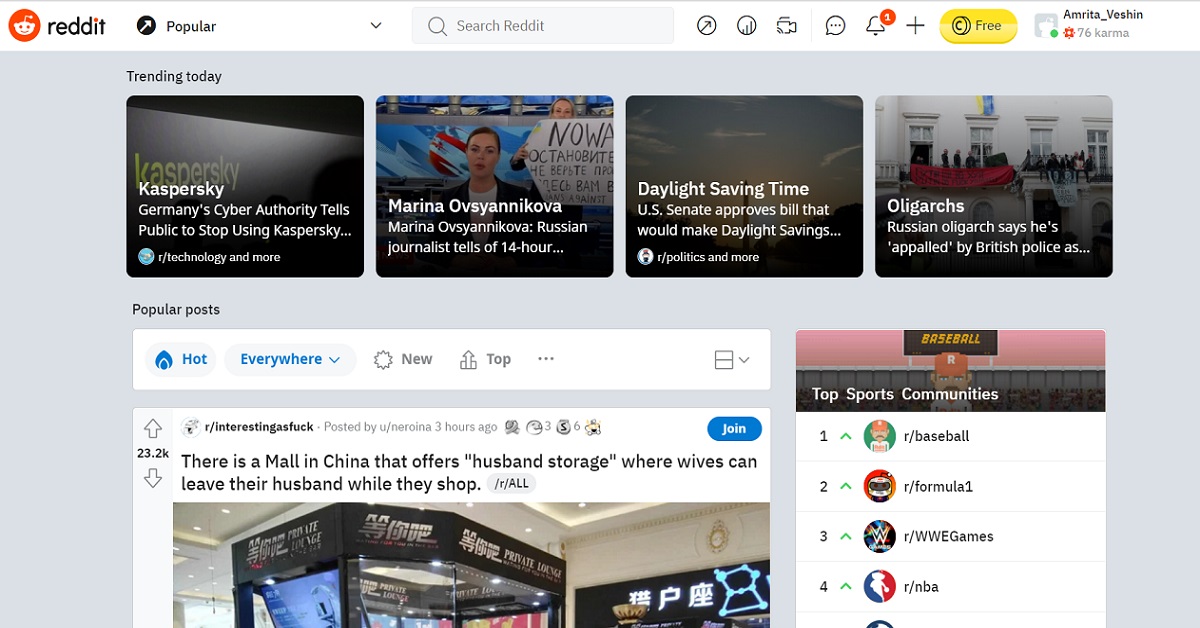 Commenting on posts that are comparatively newer and are rising content on Reddit helps you gain more visibility, thereby helping you get more karma. 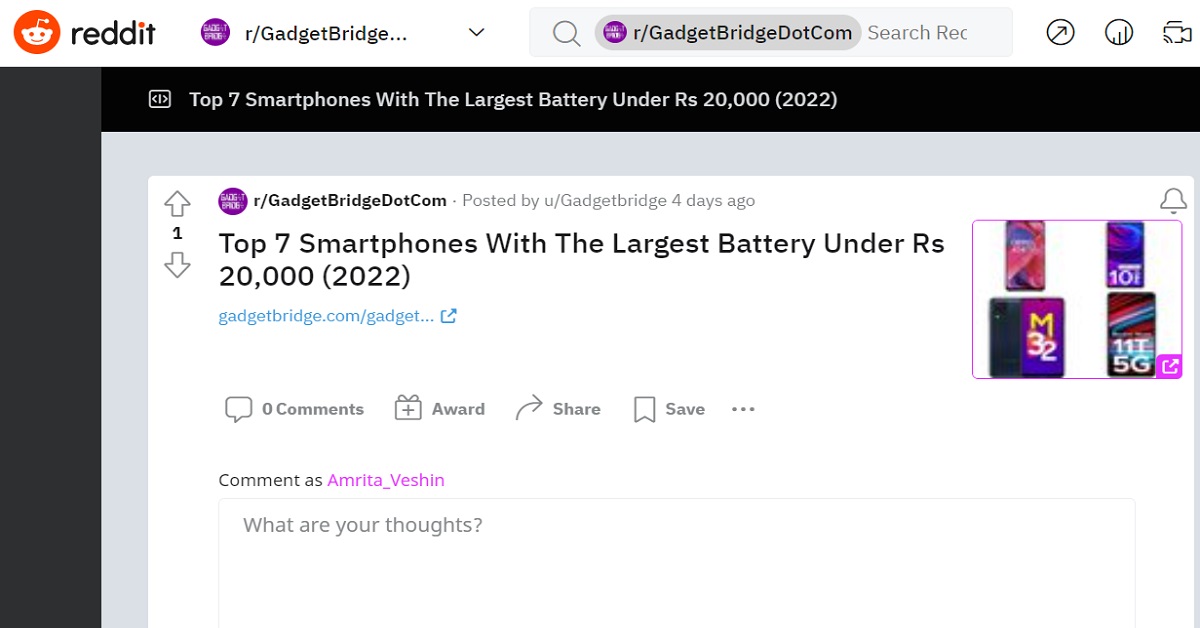 If you keep the conversation going in the comments section, the number of comments will increase which will, in turn, increase your comment karma. Hence it is always advised to reply back to the comments you are getting on your posts and content. 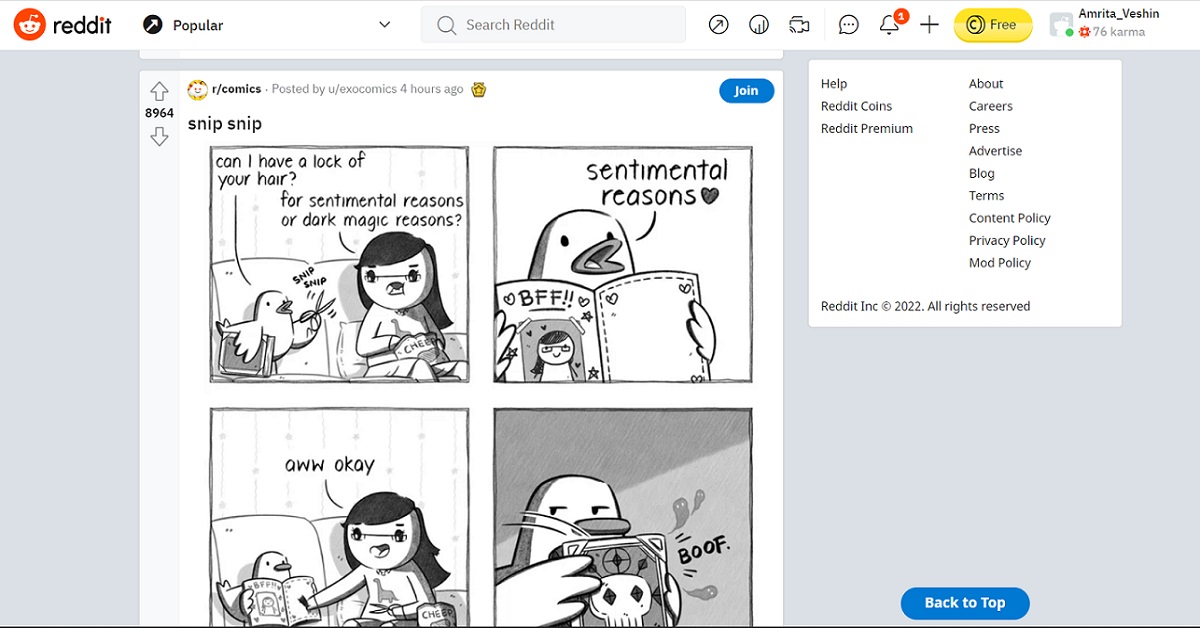 Content is said to be the king at the end of the day on any social media platform. Hence, improving the quality of your content, like writing catchy headlines, using good quality images or videos, trying to make an emotional connection with your audience through any content you post or comment on, goes a long way in improving your Reddit presence.

So those were the 5 best ways we suggest which can help in earning Reddit karma quickly. If you know of any other ways or means that can be utilised to earn karma quickly on Reddit, do let us know in the comments section below.