Planning to buy a new pair of wireless earbuds? 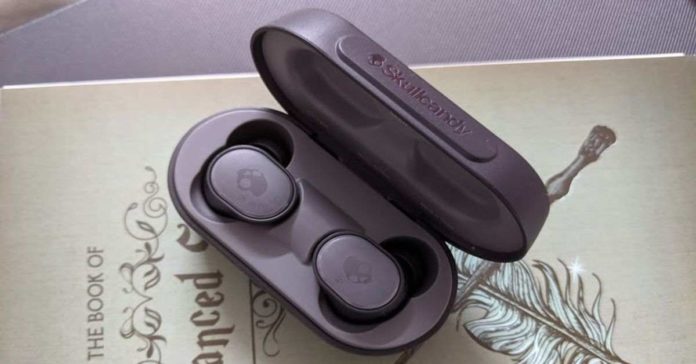 We’ll start by talking about the look and feel of the earbuds. The design of SkullCandy Sesh is very similar to most other earbuds that are currently available in the market. The body of the earbuds is made up of plastic and they perfectly fit into our ears. The biggest talking point of the SkullCandy Sesh Truly wireless earbuds is that they are extremely comfortable to wear. They also come with soft-touch buttons that can be used for increasing or decreasing the volume and music playback. 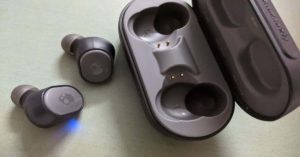 It is worth mentioning that these buttons do require some force to function, so it’s not like you would end up inadvertently adjusting the volume by an accidental touch on the earbuds. Having said that, some may feel that the new offering from SkullCandy are not as touch-sensitive as their competitors. But to us, it caused no problem during our time with them. SkullCandy Sesh Truly wireless earbuds also have support for digital assistants like Siri and Google Assistant.

Coming to the case, we can’t say that we are as impressed by it as we are with the earbuds. As compared to cases of other earbuds, it is quite big in size and also on the heavier side. If you are someone who always carries a bag with yourself, you wouldn’t face a problem with carrying the earbuds with yourself. However, if you are not one of these people, you may want to think twice before buying SkullCandy Sesh as they definitely cannot fit into the pocket of your jeans. But then, the case does have a big battery, and for some, this will justify the big size. It can give a battery backup of up to seven hours to the earbuds.

To indicate how much battery is left in the case, it has LED lights on it. There is also a button next to these LED indicators. It is worth noticing that the case has to be charged using a microUSB cable, which is becoming increasingly unpopular.

The wireless earbuds have two pogo pins that lock them in their respective slots in the case. The earbuds would begin to charge as soon as they are kept in the case. 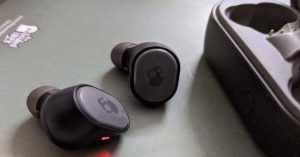 To conclude, we would say that the earbuds are comfortable to wear and stylish to look at. They come with button gestures and have support for digital assistants too. The case could have been smaller and thinner, but then, as we mentioned earlier, not everyone will have a problem with that.

Comfort is not the only aspect of the SkullCandy Sesh Truly wireless earbuds that’s worth talking about. If you are a bass lover, you are absolutely going to love these earbuds by SkullCandy. We heard music using the earbuds at various volumes and the audio quality always remained consistently good. No matter which genre of music we listened to on the earbuds, they always managed to deliver a good performance. But as we mentioned earlier, the earbuds were simply amazing when it came to playing bass-heavy music. We even listened to some instrumental music that was heavy on drums and guitar, and the wireless earbuds did a decent job at playing that too. 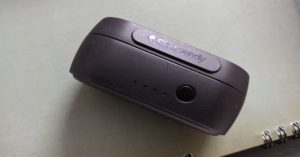 However, there is one thing that we would like to put forward. The audio quality of the earbuds does change when it is paired with different smartphones. For instance, it worked great with our Google Pixel 3a, but the quality did drop a bit when we paired it with Samsung Galaxy A50.

We also used the earbuds to attend various phone calls, and we encountered no problem listening to speaker or for that matter, being heard by them.

We should mention that a problem that we face with SkullCandy Indy, which we use regularly, is that it keeps falling off from our ears. The company has fixed this issue with its Sesh earbuds. They fit perfectly in our ears and didn’t come out till we pulled them ourselves. 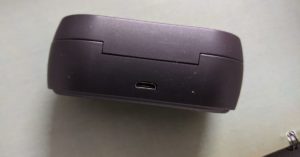 One among the key highlights of SkullCandy Sesh is its battery life. We used the earbuds for a couple of hours every day during our time with them. With usage of this kind, we only had to charge it on the sixth day. We consider this to be good as most people have similar usage pattern. However, if you are someone who uses their earphones more heavily than this, the battery would run out sooner, obviously.

The SkullCandy Sesh earbuds come with IP55 rating, which basically means that they are resistant to sweat, water and dust. With this, you can easily use them for listening to music while working out, indoors or outdoors.

At Rs 5,999, the SkullCandy Sesh Truly wireless earbuds are a good buy, especially if you are a bass lover. The audio quality of the earbuds is very good and we found them to be quite comfortable. The earbuds also perform well with various genres of music and at different volumes.  However, we would have preferred their case to be smaller as it would make it easier to carry them. Also, the performance of the earbuds could be more consistent when paired with different devices.