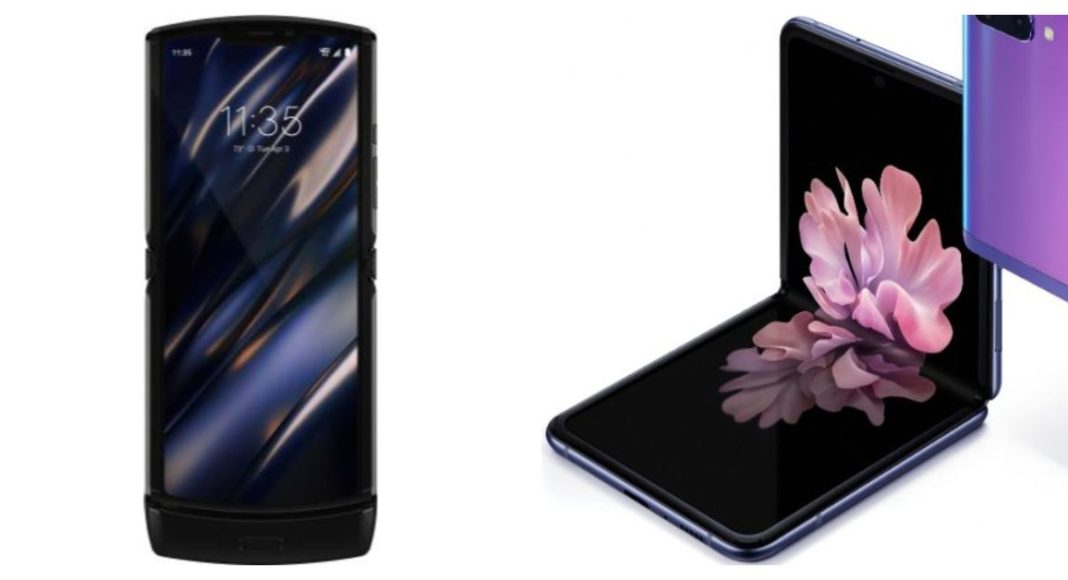 Today Motorola launched its clamshell design folding screen smartphone in India. Yes, the company finally released Motorola Razr in the country. In terms of design and pricing, the device is going to take on Samsung Galaxy Z Flip, which was unveiled at its Unpacked event recently. So if you are a fan of the Razr flip phone series that came out in 2004 then you should read our comparison to know, which of these new foldable phones you should go for because both the smartphones have so much in common.

The Motorola Razr cost Rs 1,24,999 whereas Galaxy Z Flip costs Rs 1,09,999. Both the foldable phones are roughly the same size however when folded Z Flip has a taller 6.7-inch OLED screen, while the Razr has a 6.2-inch display. Motorola has a plastic screen while Samsung has used ultra-thin glass-type on the Z Flip. The Samsung Flip also comes with a powerful processor along with two rear cameras, runs Android 10 out of the box and has a larger battery for longer battery life and double the storage that Razr offers. Both the phones feature an outer display but here Motorola offers a 2.7-inch Quick View display that offers 600×800 pixels of resolution, whereas Z Flip comes with a 1.1-inch pill-shaped display. So, in this case, we can say that Samsung Galaxy Z Flip is going to be the better buy for most people as it is a cheaper and more powerful option to purchase.

Komila Singhhttp://www.gadgetbridge.com
Komila is one of the most spirited tech writers at Gadget Bridge. Always up for a new challenge, she is an expert at dissecting technology and getting to its core. She loves to tinker with new mobile phones, tablets and headphones.
Facebook
Twitter
WhatsApp
Linkedin
ReddIt
Email
Previous article
COVID-19: Microsoft Bing introduces real-time Corona Virus data tracker
Next article
Mi Wireless Power Bank with 10,000mAh capacity launched in India at Rs 2,499