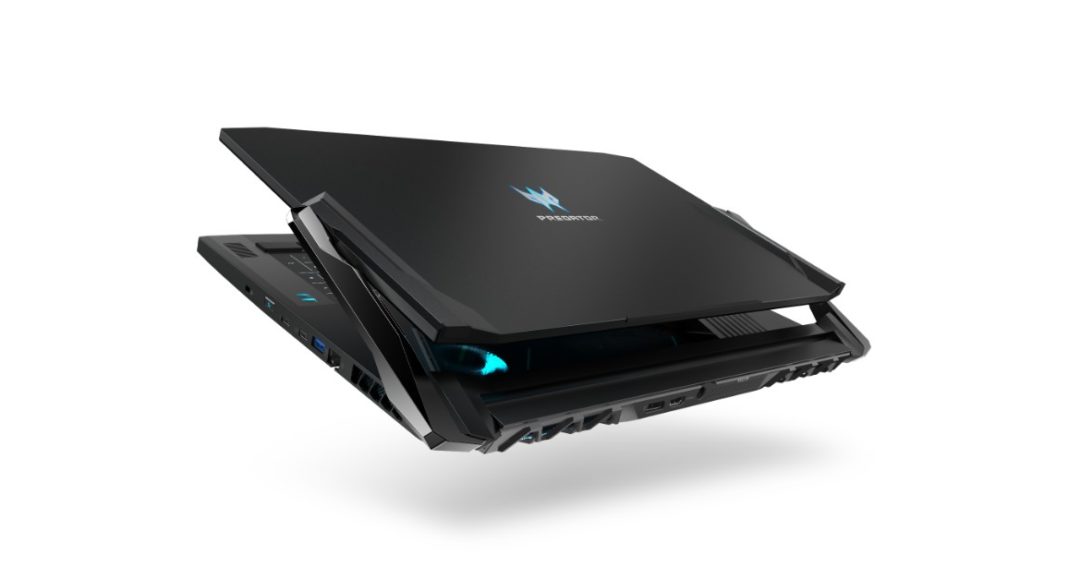 Today, Acer unveiled two new Windows 10 gaming notebooks—the Predator Triton 900 and the Predator Triton 500. The former features a slim design and convertible 4K display, and the latter is a 15-inch all-metal gaming powerhouse which is 17.9mm thin. Both notebooks combine new, functional designs with powerful internals that makes them formidable to gaming desktops.

Jerry Hou, General Manager, Consumer Notebooks, IT Products Business at Acer said, “We are pushing the envelope on what a gaming notebook can be with designs that offer more uses while still packing in the computing power. The Predator Triton 900’s one-of-a-kind flipping screen allows for multiple gaming scenarios and better ergonomics, while the Triton 500 offers superb gaming performance in a slimmer, all-metal body for gamers on the go.”

The Acer Predator Triton 900 has a six-core high performance 8th Gen Intel Core i7 processor. The laptop has a 32GB DDR4 memory and 1TB NVMe PCIe RAID 0 SSDs; the device will run smoothly despite running the most space consuming games. It comes with an Xbox wireless receiver that lets you play with an Xbox controller on Windows 10. Also, the Predator Triton 900 features audio by waves. The Waves Maxx delivers superior sound quality made immersive with Waves Nx with head tracking. This, the company claims, provides a hyper-realistic 3D audio experience. Graphics are powered by NVIDIA.

The Acer Predator Triton 500 has a 15.6-inch Full HD screen that is 17.9mm thin and it weighs 2.1kgs. The laptop has an all-metal chassis and narrow bezels measuring up to 6.3mm. The body-to-screen ratio is 81 percent and battery life stretches up to 8 hours.