Comparing two similar smartphones from Motorola and Samsung that have been launched recently. 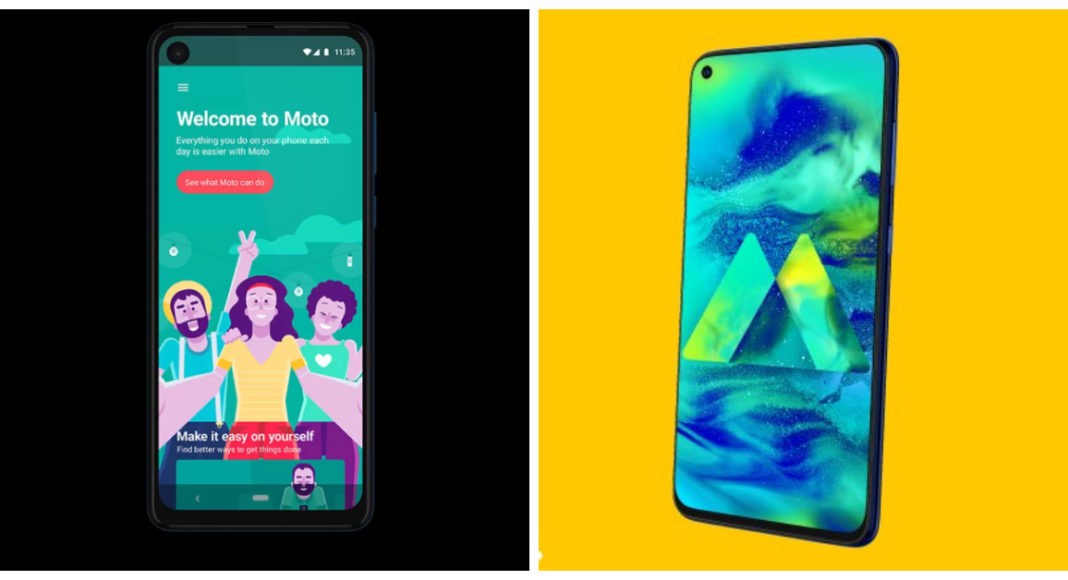 Even though both the smartphones come with a similar screen size, the resolution offered by the two is different. We would suggest you to go for Samsung as its display comes with a better resolution.

The processor that has been used in Samsung Galaxy M40 is from Qualcomm, that is known to be a leader in terms of making SoCs. Here also, we would suggest you to go for Galaxy M40.

In terms of the selfie camera, the Motorola One Vision wins with its larger 25MP camera size than the 16MP offered in the Galaxy M40.

Here as well, the Galaxy M40 is the clear winner as it offers a larger RAM capacity. But both the smartphones offer similar internal storage.

Motorola One Vision: Yes, up to 512GB

Here, both the smartphones tie as they both offer the same microSD card storage capacity of 512GB.

In terms of battery, both the newly launched smartphones tie as they offer the same capacity battery.

We would pick the Motorola One Vision when it comes to the operating system as it is a part of Google’s Android One programme. This means a bloatware free experience and timely Android and security updates.

The pricing of both the smartphones is almost the same. However, which among the two is better solely depends on what you prefer. If you want a better display, powerful processor and more RAM, pick the Samsung offering. However, if you like the stock Android experience and fancy better cameras, Motorola should be your pick.

Aman Singhhttps://www.gadgetbridge.com/
Aman Kumar Singh has a Masters in Journalism and Mass Communication. He is a journalist, a photographer, a writer, a gamer, a movie addict and has a love for reading (everything). It’s his love of reading that has brought him knowledge in various fields including technology and gadgets. Talking about which, he loves to tweak and play with gadgets, new and old. And when he finds time, if he finds time, he can be seen playing video games or taking a new gadget for a test run.
Facebook
Twitter
WhatsApp
Linkedin
ReddIt
Email
Previous article
Motorola One Vision with 48MP primary sensor, Android Pie launched in India: Price and specifications
Next article
Dark mode for Poco F1 “isn’t too far away”: Alvin Tse