Gigabyte introduces its latest series of B550 Aorus motherboards

The release is scheduled for June 16 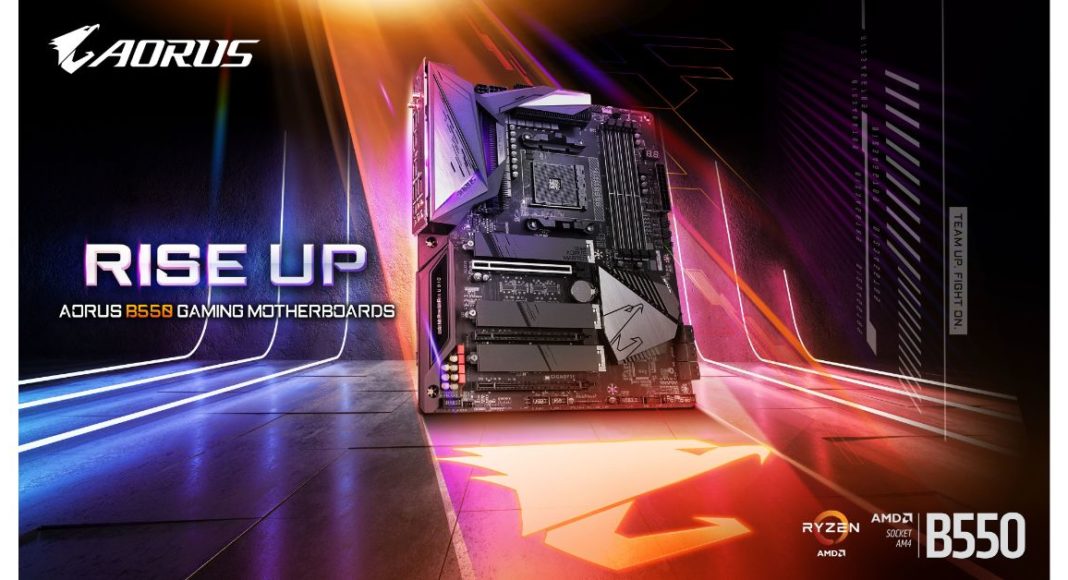 Gigabyte Technology has unveiled its latest motherboards and graphics cards in the market. Today the company announced the launch of its latest newest B550 Aorus series of motherboards for the 3rd Gen AMD Ryzen desktop processors. The motherboard features a native USB 3.2 Gen2 interface, feature-rich I/O with a pre-installed I/O shield, the latest wireless connection, and Ultra Durable technology, It comes with a 16-phase VRM design.

“We are seeing increasing user demands for flexible systems that perform well in a multitude of tasks from gaming to content creation more than ever before,” said Chris Kilburn, corporate vice president and general manager, client component business unit, AMD. “AMD is excited to bring the power of 3rd Gen AMD Ryzen desktop processors and cutting edge PCIe 4.0 support to the mainstream users with our latest AMD B550 chipsets. With overwhelming platform support from our partners at Gigabyte, AMD is confident these new B550 platforms will provide flexibility and power never seen before on a mainstream platform.”

Gigabyte Aorus B550 motherboards are compatible with Ryzen 3000 series processors featuring PCIe 4.0, improved thermal solutions and digital power design that can be a better alternative to AMD X570 flagship motherboard that was unveiled last year. 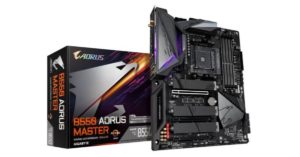 All the variants come equipped with multi-cut heatsink design for better VRM cooling whereas the AX and the master motherboards feature fin-array heat sinks with Direct Touch Heatpipe. With optimized heat dissipation of thermal baseplate and I/O, audio armor, B550 Aorus Master accomplishes a fusion of stylish thermal design.

According to the company, Gigabyte B550 comes with PCIe 4.0 M.2 design, with lightning-fast read/write and data transfer speed of PCIe 4.0 SSD. There is an M.2 thermal guard design to ensure that the M.2 SSD is adequately cooling. Aorus master equips three PCIe 4.0 x4 M.2 slots allowing users to allocate the bandwidth between PCIe® and M.2 slots accordingly, even to build an NVMe M.2 SSD RAID 0 array which can achieve up to 12700MB/s in write speed.

In addition to this, the latest motherboards are integrated with USB 3.2 Gen 2 interface providing 10 Gbps high-speed data transfer. The B550 motherboards come with  I/O shield armor design for easier alignment for system assembly.

Apart from that, it comes with the latest version of Q-Flash Plus Technology allowing users to easily update BIOS without having to install a processor,  memory, graphics cards, or booting up the PC. As per the company through the use of all solid caps, digital power designs, and Smart Fan technology to provide energy-conserving and effective cooling solutions, AORUS motherboards are an excellent choice for users who seek to build a high-end PC system so they can enjoy the best gaming experience possible.

Komila Singhhttp://www.gadgetbridge.com
Komila is one of the most spirited tech writers at Gadget Bridge. Always up for a new challenge, she is an expert at dissecting technology and getting to its core. She loves to tinker with new mobile phones, tablets and headphones.
Facebook
Twitter
WhatsApp
Linkedin
ReddIt
Email
Previous articleFrom Browser to App: Why Developers Are Migrating to Smartphone Apps
Next articleXiaomi launches Mi TV E43K with 43-inches full HD screen