Google Play Store payments can now be made using cash 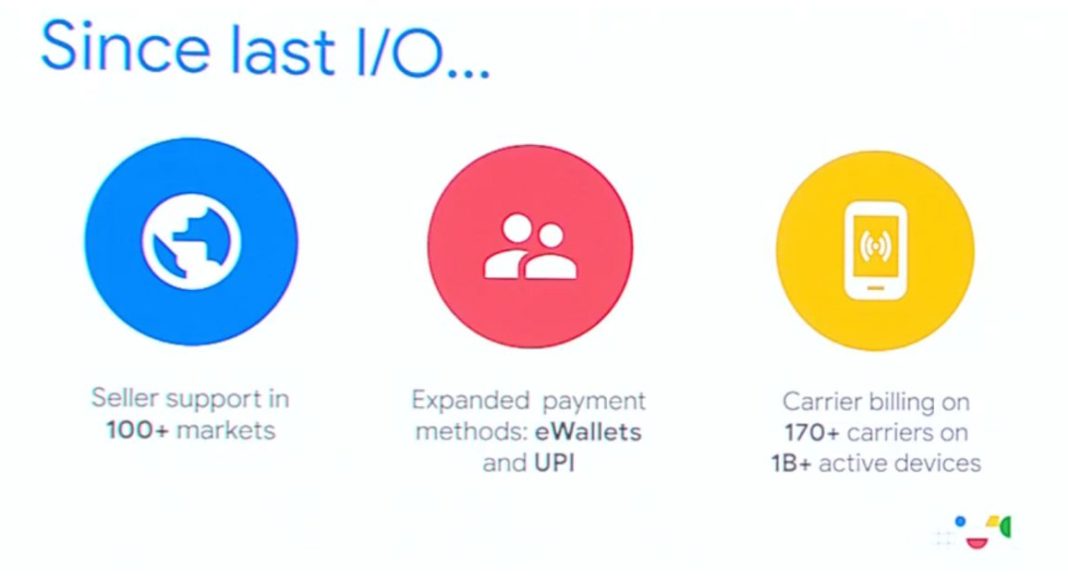 Google’s new “pending transactions” allows the users to adopt different ways with which they can pay without using a credit card or an online payment option. The users/ customers of the emerging markets don’t always hold a credit card. And because of this, they lean towards ad-supported or free-to-play apps and games instead of a paid one. They rarely choose to go for the paid services be it games or apps which includes the in-app purchases.

With this new payment option, the Android user can choose between different payment methods. The user will be given the option to choose any payment method at the checkout. The users can go for credit/ debit card or use cash. For cash payments, the users would get a payment code which they can use to purchase using cash at a nearby store. At the store, the user can show the payment code to the cashier and pay the bill using cash. After the transaction is complete, the user will receive an email about the payment.

But if the user wants to opt for a refund, they won’t get a cash back. Instead, they will be given Play Store credit which they can use to make another payment.

Google’s new payment option doesn’t ask for credit card details or online payment details, as it asks cash to make the payment. Google has already rolled out several other payment options in the past like support for eWallets, UPI, carrier billing etc. It had also partnered with more than 20 carriers in India for billing partnerships with 170 globally.

But it should be noted that the carrier billing is not used globally that’s why the use of cash for making payment will be preferred in some areas. With the launch of a new payment mode, Google has introduced another payment option for the user.

Aurash Mahbod, the Director of Engineering responsible for the Play Store and Games on Google Play, speaking at the Google I/O Developer conference said, “We know that emerging markets are a key area of growth for you all, which is why we’re excited to announce ‘pending transactions. This is a new class of delayed form of payment – like cash, bank transfer and direct debit.”

Aman Singhhttps://www.gadgetbridge.com/
Aman Kumar Singh has a Masters in Journalism and Mass Communication. He is a journalist, a photographer, a writer, a gamer, a movie addict and has a love for reading (everything). It’s his love of reading that has brought him knowledge in various fields including technology and gadgets. Talking about which, he loves to tweak and play with gadgets, new and old. And when he finds time, if he finds time, he can be seen playing video games or taking a new gadget for a test run.
Facebook
Twitter
WhatsApp
Linkedin
ReddIt
Email
Previous article
Nokia 6.1 Plus, Nokia 5.1 Plus price in India slashed for a limited period
Next article
BSNL revises its Rs 47 and Rs 198 prepaid plans to offer double data and validity