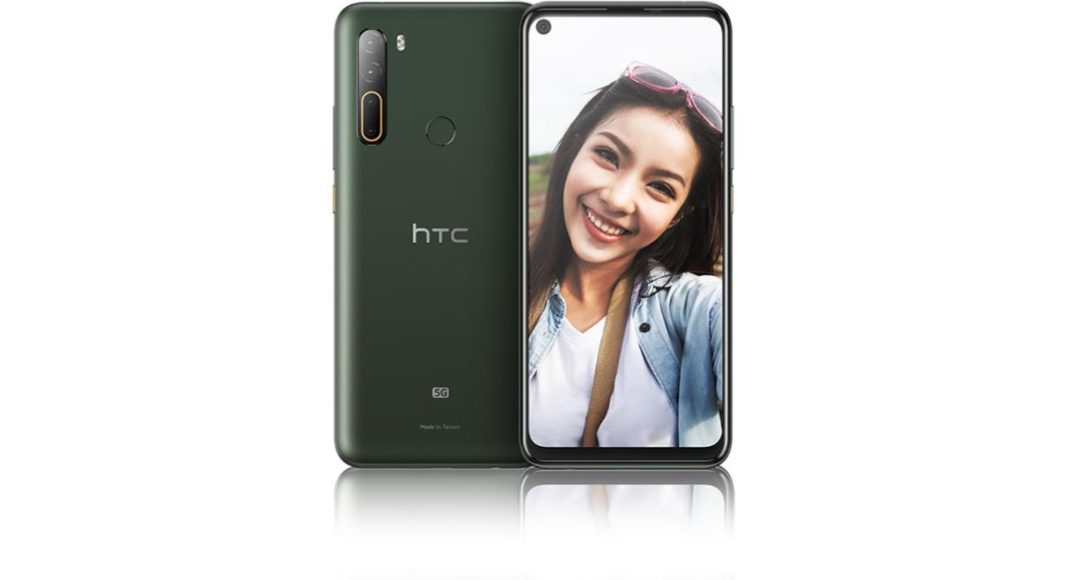 HTC is back in action by launching its first 5G smartphone in the market. HTC U20 5G and HTC Desire Pro 20 Pro have been launched in the company’s home market Taiwan in the mid-range segment. The availability details in the other markets are yet to be revealed. Both the devices have hit the stores almost after more than a year when the company launched its first flagship device. Both the devices boast a 5,000mAh battery, quad rear cameras and a hole-punch design display. The company aims to take on Xiaomi, Samsung and Huawei.

At the moment the HTC has not yet been revealed but is ready to go up for pre-orders in the company’s home country of Taiwan on July 1. Both HTC U20 5G and HTC Desire 20 Pro have been listed on the company’s official website along with tech specifications. According to the listing, HTC U20 5G will be available in two colour options Green and Silver. Whereas HTC Desire 20 Pro will be offered in Smoky Black and Pretty Blue colour options. Ahead of the launch, HTC made a tweet on Twitter assuring that both the smartphone will be arriving in other markets in the coming weeks or months.

HTC U20 5G comes with a 6.8-inch full-HD+ hole-punch display with 20:9 aspect ratio and 1,080×2,400 pixels of resolution. The device runs on Android 10 and is powered by a Qualcomm Snapdragon 765G processor with 8GB of RAM and 256GB of internal storage that can be further expanded via microSD card. The smartphone comes with a rear-mounted fingerprint sensor. 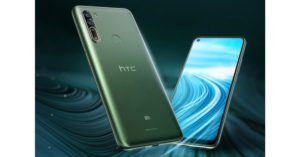 The HTC U20 5G features a quad rear camera setup that includes a 48-megapixel primary camera sensor with f/1.8 aperture. The set-up is further supported by a secondary 8-megapixel wide-angle lens with 118 degrees of field of view and f/2.2 aperture, and two 2-megapixel sensors macro and depth sensor with f2.4 aperture. On the front, there is a 32-megapixel selfie camera with f/2.0 aperture housed inside a hole-punch design display supported by various camera modes including Beauty and Instant portrait mode.

On the connectivity front, there is a USB Type-C port, GPS, AGPS, Beidou, GLONASS, NFC, Bluetooth v5, Wi-Fi 802.11 and 5G among others. The sensors onboard include a proximity sensor, gyroscope, dynamic gravity sensor, compass and ambient light sensor. The device boasts a 5,000mAh battery supported by a Quick Charge 4.0.

HTC Desire 20 Pro features a 6.5-inch full-HD+ hole-punch display with 1,080×2,340 pixels of resolution and 19.5:9 aspect ratio. It also runs on Android 10. Under the hood there is a Qualcomm Snapdragon 665 chipset coupled with 6GB of RAM and 128GB of storage option. There is a dedicated microSD slot to expand the internal memory further using a microSD card. 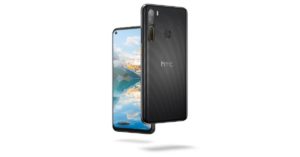 In terms of imaging HTC Desire 20 Pro comes with a similar quad rear camera set up as of HTC U20 5G. However, there is a 25-megapixel selfie camera with f/2.0 aperture on the HTC Desire 20 Pro.

On the connectivity front, there is a USB Type-C port, 3.5mm audio jack, GPS, AGPS, Beidou, GLONASS, NFC, Bluetooth v5, Wi-Fi 802.11 ac (2.4GHz and 5GHz), 5G, among others. For sensors, there is an ambient light sensor, proximity sensor, gyroscope, dynamic gravity sensor, compass, and a fingerprint sensor on the back. The device boasts a 5,000mAh battery with a Quick Charge 3.0 support.

Komila Singhhttp://www.gadgetbridge.com
Komila is one of the most spirited tech writers at Gadget Bridge. Always up for a new challenge, she is an expert at dissecting technology and getting to its core. She loves to tinker with new mobile phones, tablets and headphones.
Facebook
Twitter
WhatsApp
Linkedin
ReddIt
Email
Previous article
Samsung launches The Frame 2020 and 10 other Smart TVs with attractive offers in India
Next article
Samsung Galaxy A21s with 5,000mAh battery launched in India: Pricing and specifications details