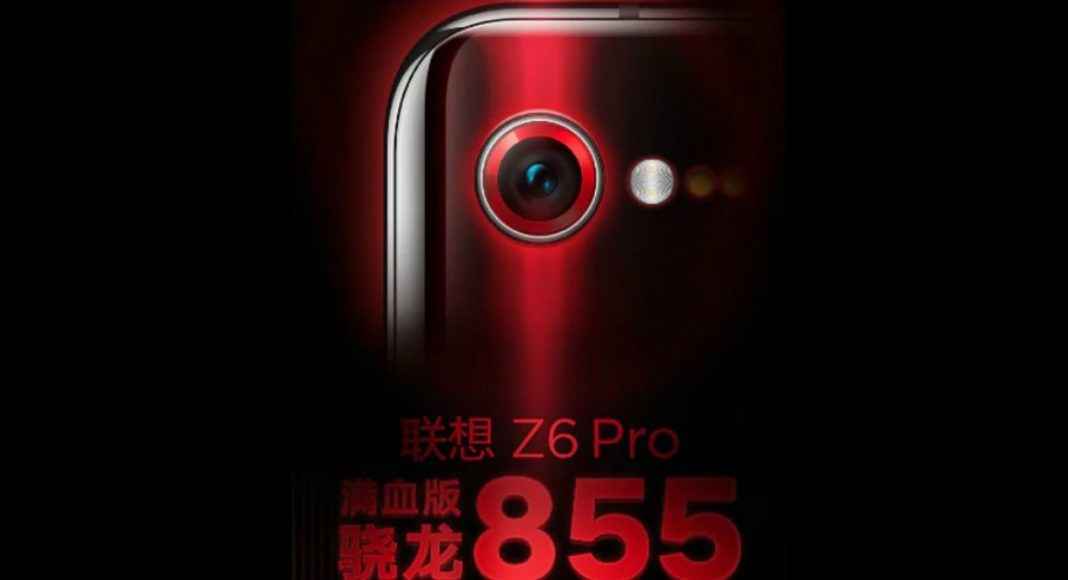 Lenovo’s upcoming flagship smartphone, the Z6 Pro, has been in news since the time it was announced by the company. Earlier it was expected that the Chinese electronics maker would launch the much-awaited Lenovo Z6 Pro smartphone at the MWC 2019, however,  that didn’t happen. At the MWC 2019, the device was just teased by Lenovo. But now, the company has confirmed that the Lenovo Z6 Pro will be unveiled this month itself.

Lenovo had published a new teaser on the Chinese social media platform, Weibo where it confirmed that it will be unveiling the device this month. It also confirmed the fact that the Lenovo Z6 Pro will be powered by the Qualcomm Snapdragon 855 SoC. Earlier in March, Lenovo’s VP Chang Cheng teased that the device will be able to produce 100MP images. The upcoming Lenovo Z6 Pro will be the successor of the Lenovo Z5 Pro which the company had launched last year in November.

Earlier at the MWC 2019 which took place in February, the company confirmed that the upcoming Lenovo Z6 Pro will have a ‘HyperVision’ camera. The said camera will be able to produce ‘Hyper Videos’. However, the company didn’t reveal what it is and how will it work. But Lenovo also said that the device will have 5G connectivity as well.

Aman Singhhttps://www.gadgetbridge.com/
Aman Kumar Singh has a Masters in Journalism and Mass Communication. He is a journalist, a photographer, a writer, a gamer, a movie addict and has a love for reading (everything). It’s his love of reading that has brought him knowledge in various fields including technology and gadgets. Talking about which, he loves to tweak and play with gadgets, new and old. And when he finds time, if he finds time, he can be seen playing video games or taking a new gadget for a test run.
Facebook
Twitter
WhatsApp
Linkedin
ReddIt
Email
Previous article
Vivo V15 review: A stunner that can click great selfies
Next article
Snapchat rolls out its revamped app for Android users