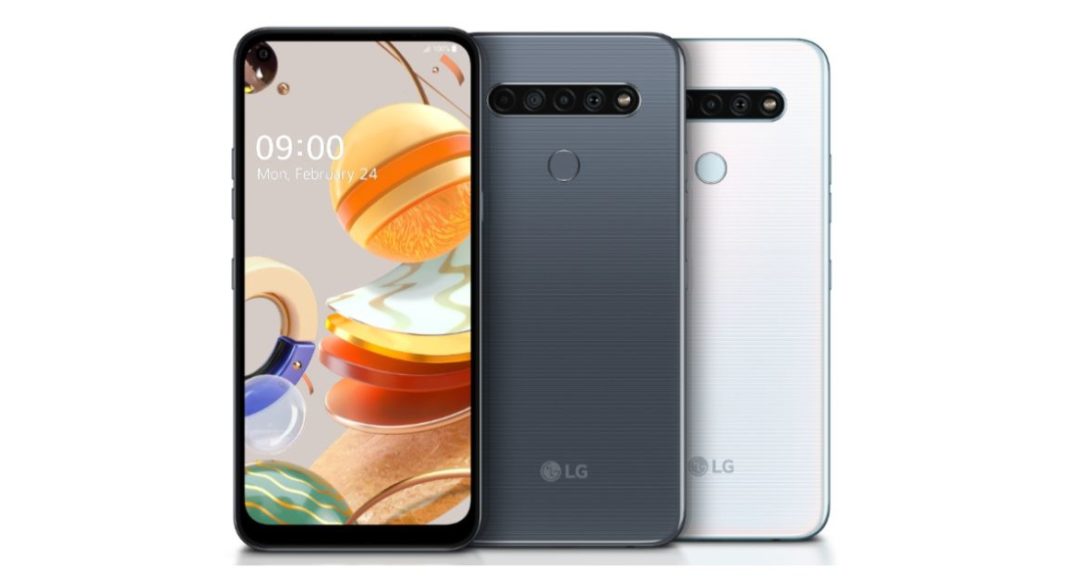 LG K61, LG K51S and LG K41S have been launched and are expected to arrive in the market in Q2 this year. Until now the company has not revealed the pricing of all the three smartphones. The LG K61 will be available in three colour variants Titanium, White, and Blue whereas LG K51S will also come in three colour options Titanium, Pink and Blue. Lastly, LG K41S will arrive in Titanium, Black, and White colour variants.

LG K61 will be powered by a 2.3GHz octa-core processor combined with 4GB of RAM and two storage options of 64GB and 128GB. The internal memory is expandable up to 2TB using a microSD card. The device will feature a 6.5-inch full-HD+ display with 19.5:9 aspect ratio. It houses a 4,000mAh of battery capacity and a rear-mounted fingerprint sensor.

For photos and videos LG K61 sports a quad rear camera pill-shaped module placed horizontally. The camera set up includes a 48-megapixel primary camera, an 8-megapixel super-wide lens, a 2-megapixel macro lens and a 5-megapixel depth sensor. On the front, there is a 16-megapixel selfie camera. It includes LTE, NFC, Bluetooth v5, dual-band Wi-Fi among others for connectivity.

LG K51S sports a 6.5-inch HD+ display with a 20:9 aspect ratio. To power it up, the device comes with a 4,000mAh battery. There is a 2.3GHz octa-core processor under the hood with 3GB of RAM and 64GB of internal storage. The storage can be expanded up to 2TB via microSD card.

In terms of optics, LG K51S also features a quad-camera set up on the rear panel that includes a 32-megapixel primary camera along with a 5-megapixel super-wide lens. Further assisted by a dual 2-megapixel macro lens and a depth sensor for portraits. The device sports a 13-megapixel front-facing camera for taking selfies and video calls.

LG K41S will arrive with a 6.5-inch HD+ display with 20:9 aspect ratio. The smartphone draws its power from the  2.0GHz octa-core processor coupled with 3GB of RAM and 32GB of internal storage. The internal storage is expandable up to 2TB by means of microSD card and houses a 400mAh battery.

In the imaging department, the newly launched device features a quad rear camera set up consisting of a 13-megapixel primary camera, a 5-megapixel super wide-angle camera, a 2-megapixel macro camera and a 2-megapixel depth sensor. LG K41S sports a megapixel selfie camera on the front display.

Komila Singhhttp://www.gadgetbridge.com
Komila is one of the most spirited tech writers at Gadget Bridge. Always up for a new challenge, she is an expert at dissecting technology and getting to its core. She loves to tinker with new mobile phones, tablets and headphones.
Facebook
Twitter
WhatsApp
Linkedin
ReddIt
Email
Previous article
Samsung Galaxy Fold 2 will feature an Infinity V display and a 64MP camera
Next article
Samsung A71 with quad rear cameras set to launch in India today