HomeMobilesMoto G22 to be launched in India today: Expected price and specifications

Moto G22 to be launched in India today: Expected price and specifications

Here is how much it will cost in India. 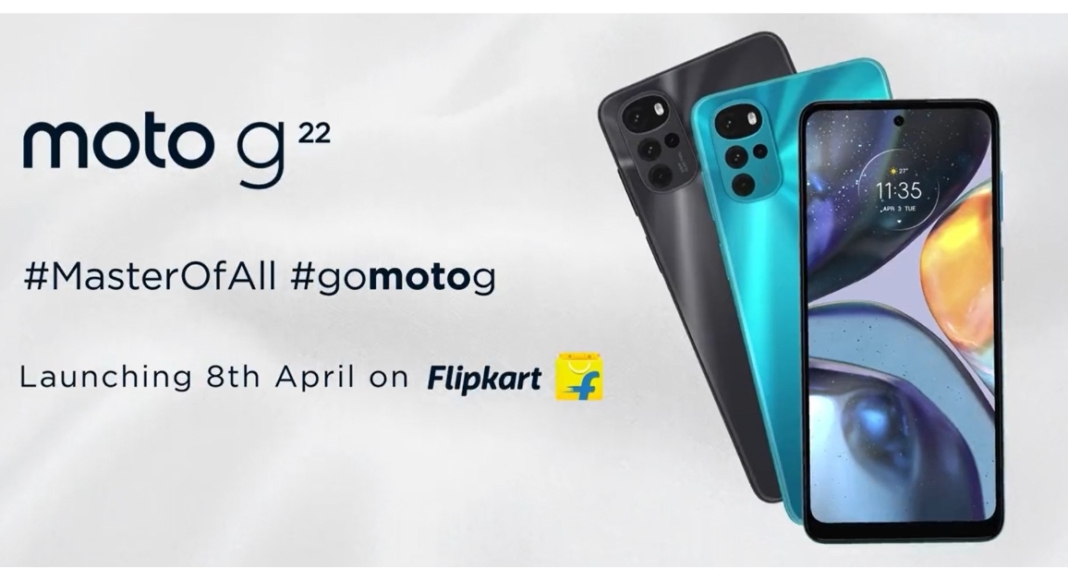 Motorola is all set to launch in India today. The company is expanding its G-Series with the launch of Moto G22 in the country.

Flipkart is the official sales partner for the upcoming smartphone in India, and the device will be available exclusively through the e-commerce portal. The device has been listed on the e-commerce website in advance of its launch, with key specifications highlighted. The smartphone, as you may recall, was released in the European market earlier this month. However, the Indian variant is said to differ from the original G22. It will have a quad rear camera system with a 50MP primary sensor in India.

The phone’s price has yet to be revealed by Motorola. However, Motorola has created a dedicated microsite on the e-commerce website Flipkart in anticipation of the Moto G22’s launch in India. According to the e-retailer, the device will be available in the country on April 8. The exact launch time has yet to be determined. 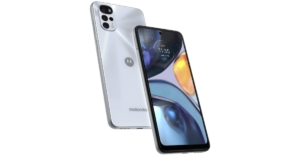 In case you missed it, the device was released in Europe earlier this month for EUR 169.99, or Rs 14,270 for the 4GB RAM with 64GB storage option. Cosmic Black, Iceberg Blue, and Pearl White are the most likely colours.

The Moto G22 in India is expected to have many identical features to the European model. The India modified version of the Moto G22 will have a quad rear camera system led by a 50-megapixel main sensor, according to the microsite. The handset will be powered by a MediaTek Helio G37 SoC with 4GB of RAM and 64GB of onboard storage that can be expanded up to 1TB with a microSD card. According to the teasers, the Moto G22 will have an IPS LCD display with a 90Hz refresh rate, as well as a 5,000mAh battery with 20W TurboPower fast charging support. There will also be a fingerprint sensor on the side of the device. Out of the box, the phone will run Android 12.

According to the listing, the handset’s construction appears to be water-resistant. On the back of the Moto G22, there will be a quad-camera setup with a 50-megapixel primary sensor. Selfies will be taken with a 16-megapixel sensor.

Komila Singhhttp://www.gadgetbridge.com
Komila is one of the most spirited tech writers at Gadget Bridge. Always up for a new challenge, she is an expert at dissecting technology and getting to its core. She loves to tinker with new mobile phones, tablets and headphones.
Facebook
Twitter
WhatsApp
Linkedin
ReddIt
Email
Previous articleAmazon Quiz Answers Today 8 April 2022: Participate to win Rs 5,000
Next articleTete-e-Tete with C Sukumaran, Senior Director from Canon India: Latest launches by the company and the Indian road map

Komila Singh - May 24, 2022 0
The Filogic 880 and Filogic 380 Wi-Fi 7 platform solutions from MediaTek were announced recently by MediaTek. Both chipsets are meant for high-bandwidth applications...