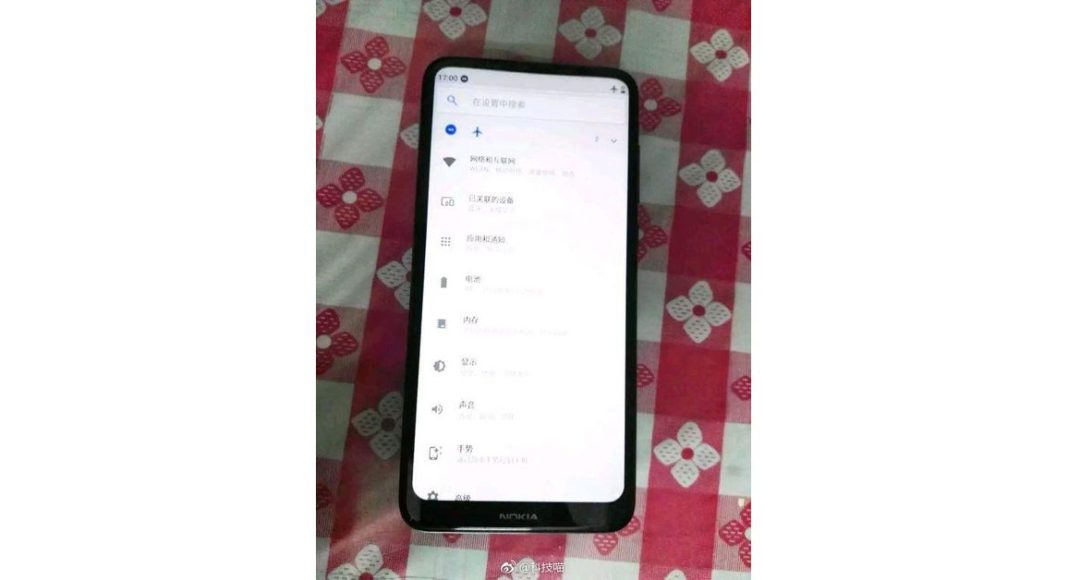 Out of the blue there are some new Nokia smartphone images emerged on the web. At first one might think it could be the Nokia 9 PureView, but looking at the images it is not, since it has just 3 rear cameras. The Nokia 9 PureView in all probability is slated to come with a penta-camera setup. So this implies Nokia is working on another smartphone other than the 9 Pureview. The leak first appeared on Weibo.

The leaked images show that there is no rear-mounted fingerprint sensor, which probably implies that the phone will have an in-display fingerprint reader. Nokia has launched many phones with dual camera but this one turns out to be an exception. This will have a triple rear camera that could take a wider shot from the rear camera array. However, the authenticity of these tip offs cannot be ascertained.

It is not even clear which Nokia phone it is. However, since the leaks reveal the Nokia branding on the smartphone, it is surely a model the company is working on and could be launched in the near future. Further information about the leak tells us that the handset does not have a notch on the top. Also, there is no hint of a front facing camera so that’s kind of interesting.

What kind of phone this new Nokia smartphone really is, only time will tell as we find out more. It just might be possible that the front camera is located in the chin bezel but even that hasn’t been indicated in the leak. If there is no front camera, it is possible that the smartphone might have a pop-up selfie camera. That would make it similar to the Vivo Nex, Oppo Find X or the slider mechanism in the Mi Mix 3.

Everything is a speculation so far. However, there are some tip offs about this Nokia phone to run the 2018 flagship Snapdragon 845 chipset. Going by the looks it is safe to say that the curved rear panel has a mirror black finish and will also sport a dual tone LED flash. Overall, the phone does look good in the pictures. We will bring you more tips around this phone as we are expecting more to release in the coming days.