HomeMobilesOppo F15 set to launch in India today: How to watch the...

Oppo F15 set to launch in India today: How to watch the live stream 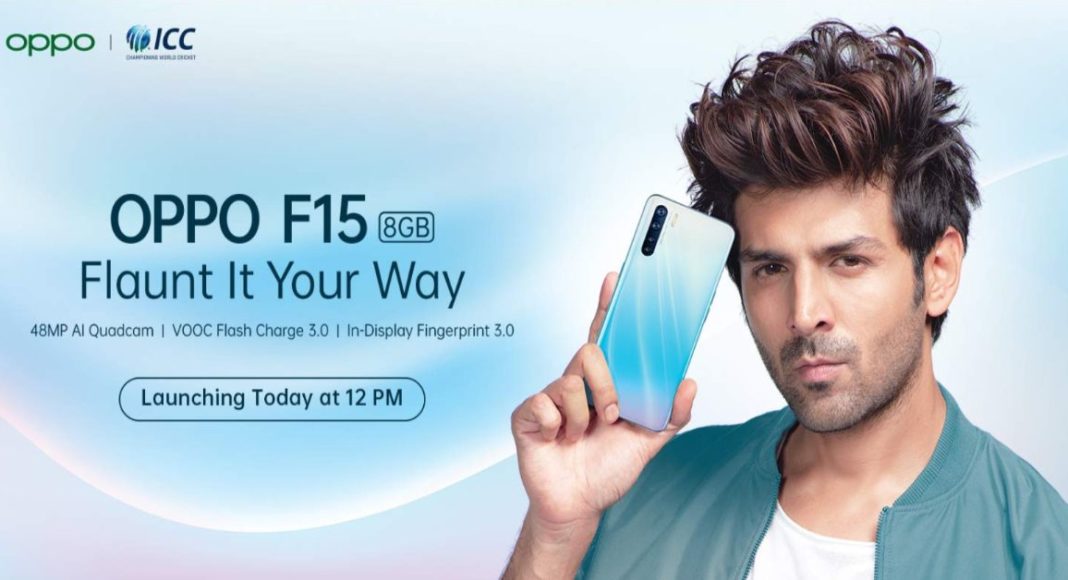 The Chinese smartphone company Oppo is going to launch a new smartphone in India that is Oppo F15. The new device will arrive in the county today and will fall under the budget segment. Even before the official announcement, the company teased the phone flaunting its sleek design on its official Twitter handle. It is expected to be a photo-centric smartphone. Read on to know more about the upcoming smartphone and how to watch its launch live.

Today Oppo will be introducing its new smartphone Oppo F15 in India. Prior to its launch, the phone has been being teased by the company on its social media platforms and via its online sales partner Amazon India.

The phone’s launch will be live-streamed on all its social media accounts and via the company’s YouTube Channel. The launch event will begin at 12 noon onwards and we have also embedded the live streaming link below so that you do not miss the unveiling of Oppo F15.

Now coming on the pricing, Oppo F15 will be an affordable smartphone and is expected to fall between the price range of Rs 15000 and Rs 20000. The smartphone is going to take on Redmi Note 8 Pro, Redmi K20 and Realme X2.

Prior to its launch in the country, Oppo F15 has been part of the rumour mill for quite some time because of its sleek design and features. It is expected to come with a 20:9 AMOLED display along with a water-drop notch on it. The phone will have a thin chin and slim side bezels. However, nothing has been revealed about the chipset but the phone will be offering 8GB of RAM and 128GB of internal storage. It is rumoured to run Android 9 and is said to house a 4000mAh battery that is non-removable. The smartphone is expected to support VOOC fast charging.

Coming on the camera capabilities, Oppo F15 to arrive with a quad-camera setup vertically placed on the back panel. The camera system will be consisting of a 48-megapixel primary sensor, a wide-angle lens and a macro lens.  It is stated to house a 32-Megapixel front-facing camera that will also support the face unlock feature.

Komila Singhhttp://www.gadgetbridge.com
Komila is one of the most spirited tech writers at Gadget Bridge. Always up for a new challenge, she is an expert at dissecting technology and getting to its core. She loves to tinker with new mobile phones, tablets and headphones.
Facebook
Twitter
WhatsApp
Linkedin
ReddIt
Email
Previous articleNew video on YouTube displays renders of Samsung Galaxy Z Flip
Next articleOppo F15 launched in India at Rs 19,990