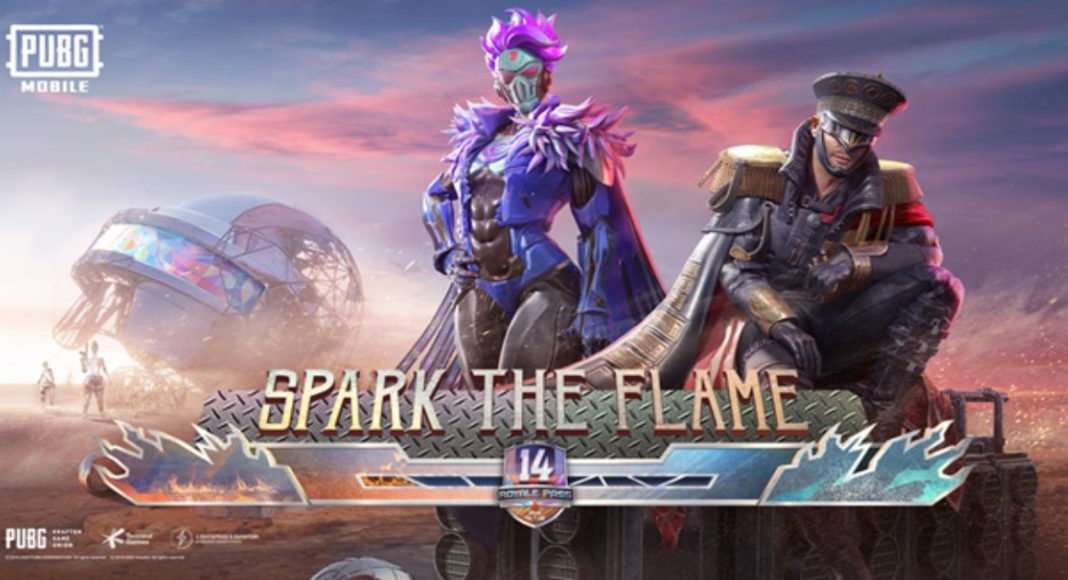 PUBG Mobile Royal Pass Season 14 has gone live. The theme of the new season is being called “Spark the Flame” which gets unlocked today brings new skins, rewards and much more for both Android and iOS devices via Google Play Store and App Store. The company has released the Royale Pass Season 14 just one week after the launch of Livik, Nordic-themed map which is a part of 0.19.0 content update.

Check out all of the Royale Pass goodness today! 👉 https://t.co/gS30OgCTeu pic.twitter.com/ssjonlATxS

At the moment the Royal Pass Prime subscription is available for Android users only and will soon be reaching to iOS users also.

In addition to this, to commemorate the two-year anniversary of PUBG MOBILE’s Royal Pass the latest Season 14 also brings the return of Roaring Dragon sets and Dragon Hunter-themed rewards. These rewards were earlier featured in the Royale Pass Season 5. One does not need to update other than the 0.19.0 update. The players require 600 UC to buy Elite Royale Pass and 1800 UC for the Elite Plus Royale Pass.  If you don’t have enough UCs to get the pass then you can purchase it from the store at Rs 799 for 600 UC along with bonus 60 UC and Rs 1,949 to get 1800UC.

To recall last week PUBG Mobile got a new map named Livik which is limited to the mobile version of the game only. It brings a combination of essentials from the Erangel, Miramar, Vikendi, and Sanhok maps, along with new weapons as well as vehicles. The Likvik is 2km x 2km small area that is a part of the Standard mode

Komila Singhhttp://www.gadgetbridge.com
Komila is one of the most spirited tech writers at Gadget Bridge. Always up for a new challenge, she is an expert at dissecting technology and getting to its core. She loves to tinker with new mobile phones, tablets and headphones.
Facebook
Twitter
WhatsApp
Linkedin
ReddIt
Email
Previous article
Samsung now outlines its vision to launch 6G technology as early as 2028
Next article
Garena starts registration for Free Fire Advance Server OB 23: Here’s everything you should know