The smartphones have been launched in thebudget segment 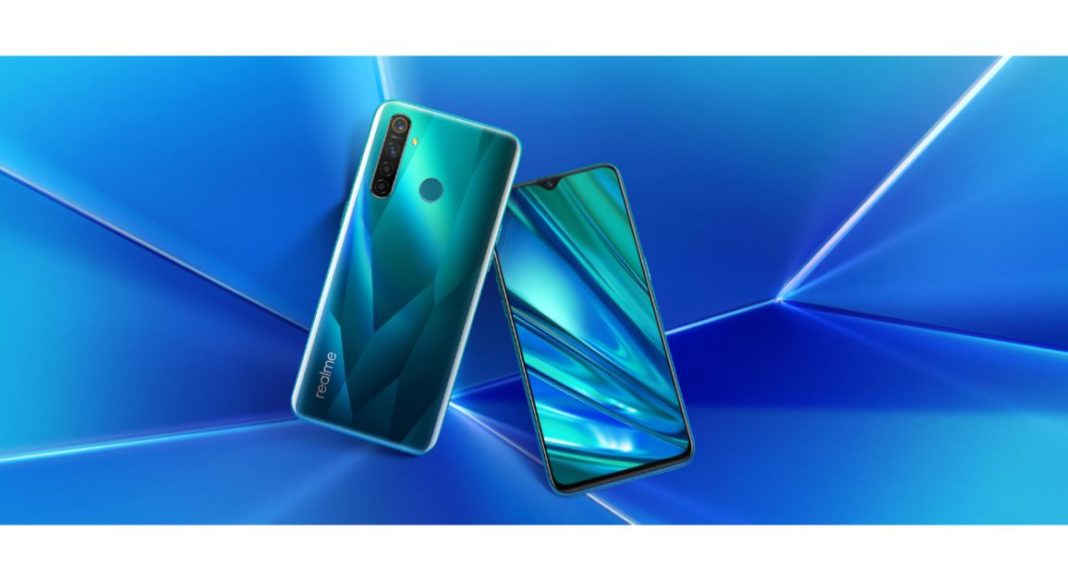 On Tuesday, the Chinese smartphone company, Realme, unveiled two smartphones for the first time in India. The company launched Realme 5 Pro and Realme 5 in the budget smartphone segment. The biggest USP of both the devices is the quad rear camera setup. With this camera set up, Realme 5 comes at a starting price of Rs 9,999. To know more about the latest offering by Realme read the price details, its specifications, and its availability.

Realme 5 Pro has been launched in three storage variants 4GB RAM/ 64GB, 6GB RAM/ 64GB and 8GB RAM/ 128GB. The base variant that is 4GB RAM/ 64GB storage comes at Rs 13,999 while the 4GB RAM/ 64GB storage and the 8GB RAM/ 128GB storage variant has been priced at Rs14, 999 and Rs 16,999 respectively. The device will be put up for sale via Flipkart as well as the Realme website on September 4 at 12 noon in the country. Henceforth, will go on sale through the offline retail stores as well. The phone is available in two colour options Crystal Green and Sparkling Blue colour.

Now coming on the launch offers, Realme 5 Pro buyers can avail Jio benefits worth up to Rs 7,000 along with no-cost EMIs. The company is also offering Flipkart’s Complete Mobile Protection at lower rates along with Paytm’s first membership. If you buy the phone via Paytm you will get a cashback of up to Rs 2,000. Whereas, Realme 5 buyer is also being offered a similar offer except for no-cost EMI option.

Realme 5 Pro features a quad rear camera setup with a 48-megapixel Sony IMX586 primary sensor, coupled with PDAF and an f/1.8 aperture with an 8-megapixel secondary sensor with an f/2.25 aperture and a 119-degree wide-angle lens  Third 2-megapixel macro lens (f/2.4 aperture + 4cm focus distance), and a 2-megapixel portrait lens (f/2.4 aperture). The set up also comes equipped with electronic image stabilization (EIS) technology. On the front, it has a 16-megapixel selfie camera with 4-in-1 pixel tech and an f/2.0 aperture.

For connectivity, the handset has 4G VoLTE, Wi-Fi 802.11ac, Bluetooth v5.0, a GPS/ A-GPS, a3.5mm headphone jack, and a USB Type-C port. The sensors on the device include accelerometer, ambient light sensor, gyroscope, a magnetometer, and a proximity sensor along with a fingerprint sensor on the rear panel. It measures 157×74.2×8.9mm and its weight is 184 grams. 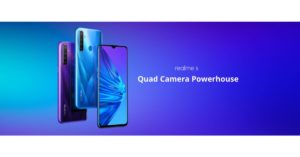 Connectivity options include 4G VoLTE, Wi-Fi 802.11ac, Bluetooth v5.0, a GPS/ A-GPS, a3.5mm headphone jack, and a Micro-USB port. Sensors on Realme 5 include an accelerometer, ambient light sensor, gyroscope, a magnetometer and a proximity sensor along with a fingerprint sensor on the rear.

Komila Singhhttp://www.gadgetbridge.com
Komila is one of the most spirited tech writers at Gadget Bridge. Always up for a new challenge, she is an expert at dissecting technology and getting to its core. She loves to tinker with new mobile phones, tablets and headphones.
Facebook
Twitter
WhatsApp
Linkedin
ReddIt
Email
Previous article
Samsung Galaxy Note 10 and Galaxy Note 10+ launched in India
Next article
Compare: Realme 5 Pro and Redmi Note 7 Pro