The smartphone will feature a pop-up selfie camera 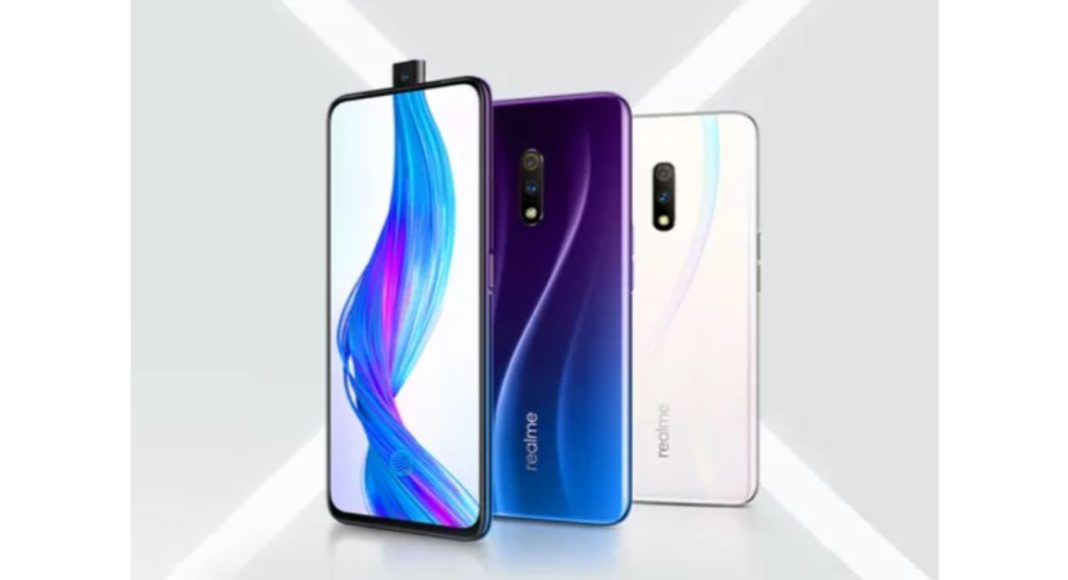 Today, Realme X smartphone launched in India. During the launch of Realme X in New Delhi, Realme India CEO Madhav Seth declared that the company has crossed the milestone of 9,00,000 active users in the country. The key highlights of the launched smartphone are that it comes with a pop-up selfie camera module along with 19.5:9 display panel and an octa-core Qualcomm Snapdragon 710 SoC.

In addition to this, the company has also launched 360-degree Real Service doorstep repairing option in metropolitan cities namely Bengaluru, Chennai, Delhi, Hyderabad, Mumbai, and Pune. In this new service, the company promises to provide doorstep repairs within 30 minutes of first raising the complaint.

Realme X runs Android Pie skinned with ColorOS 6.0 on top. The smartphone features a 6.53-inch full-HD+ (1,080×2,340 pixels) AMOLED display that has an aspect ratio of 19.5:9. It also comes with Gorilla Glass 5 for protection. The smartphone is powered by an octa-core Snapdragon 710 SoC, paired with Adreno 616 GPU and comes with up to 8GB of RAM and 128GB of internal storage. The smartphone houses a 3,765mAh battery that supports VOOC Flash Charge 3.0 to deliver super quick charging.

Apart from that, the device houses a 3,765mAh battery that supports VOOC 3.0 fast charging technology. The connectivity choices of the handset include 4G LTE, Wi-Fi 802.11ac, Bluetooth v5.0, GPS/ A-GPS, USB Type-C port and Dolby Atmos audio. Astonishingly there is no microSD card slot in this smartphone. 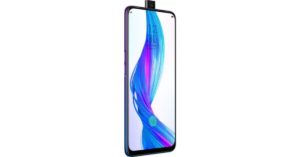 The Realme X comes in two variants 4GB and 8GB. The 4GB variant comes with 128GB of internal storage that can be purchased for Rs 16,999. The upper variant that comes with 8GB RAM and 128GB of internal storage fetches a price tag of Rs 19,999. The smartphone can also be purchased via offline mode, too. The device will be available in two colour variants Polar White and Space Blue.

To recall, the smartphone was launched in China in the month of May this year. The Realme X smartphone’s base variant with 4GB RAM/64GB storage is priced at CNY 1,499 in China. On the other hand, its 6GB RAM/64GB storage variant and 8GB RAM/128GB storage model bear a price tag of CNY 1,599 and CNY 1,799 respectively.

The Company launched its limited-edition smartphone Realme X Spider-Man Far from Home along with Realme X.

The special edition has been launched with a price tag of Rs 20,999 and will be available in a single 8GB RAM + 128GB storage variant. Additionally, Realme will also be offering the Naoto Fukasawa collection of the Realme X with Garlic and Onion textures that comes in 8GB RAM + 128GB storage configuration at a price tag of Rs. 19,999. Both Spider-Man: Far from Home edition and Naoto Fukasawa collection will become available in early-August. For the lesser known, Realme X: Far from Home Edition was unveiled in China a few weeks back. The company’s special smartphone has been launched in collaboration with Sony Pictures.

Komila Singhhttp://www.gadgetbridge.com
Komila is one of the most spirited tech writers at Gadget Bridge. Always up for a new challenge, she is an expert at dissecting technology and getting to its core. She loves to tinker with new mobile phones, tablets and headphones.
Facebook
Twitter
WhatsApp
Linkedin
ReddIt
Email
Previous article
Realme X VS Vivo Z1Pro VS Realme 3 Pro comparison: Which one to buy?
Next article
Western Digital My passport Go launched in India