HomeMobilesSamsung Galaxy A90 listed on the company’s official US website

Samsung Galaxy A90 listed on the company’s official US website

After the successful launch of Samsung Galaxy A10, Galaxy A30 and Galaxy A50, the South Korean technology giant could be looking forward to bringing more A-series smartphones to its line-up. The next Galaxy A-series smartphone – Samsung Galaxy A90 – has been listed on the company’s official US website before its launch. Alongside the smartphone, Asphalt 9, exclusive content along with other free items for the customers has been promised by Samsung. But the website does not mention the launch date, specifications and the price of the Samsung Galaxy A90.

In the past, Samsung Galaxy A90 has been leaked multiple times online but now that the smartphone has been mentioned on the official Samsung US website, it could be launched in the coming weeks. On the website, Samsung Galaxy A90 has been listed alongside the Galaxy S10 series which will receive the exclusive Asphalt 9 contents as a gift. The gifts from Asphalt 9 includes a free Lotus Evora Sport 410 along with 50,000 Asphalt 9 credits, 250 tokens and 10 premium card packs. The listing was spotted by GalaxyClub.

In order to get the free content, the users would have to download Asphalt 9 from the Galaxy Store. But it is worth mentioning that Asphalt 9 is a graphic intensive game, and the mention of Galaxy A90 in the Asphalt 9’s list of smartphones to receive the gifts could mean that the smartphone could be packing some serious hardware.

Till now, there hasn’t been an official announcement about the specifications of Samsung Galaxy A90. But Samsung has promised that the eligible users could win free exclusive items and rewards throughout the year. They would also get a chance to participate in special events. 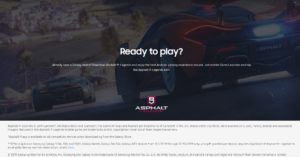 Although not much is known about the upcoming device but some rumours state that Samsung Galaxy A90 might come with a sliding and rotating camera. It might also feature a pop-up selfie camera and will sport a New Infinity Display without a notch or hole-punch screen like Samsung Galaxy S10. It might also hold the in-display fingerprint scanner and come with a 6.41-inch display. Reports suggests that the device could be powered by the Snapdragon 710 SoC and it might run One UI based on Android Pie.

Aman Singhhttps://www.gadgetbridge.com/
Aman Kumar Singh has a Masters in Journalism and Mass Communication. He is a journalist, a photographer, a writer, a gamer, a movie addict and has a love for reading (everything). It’s his love of reading that has brought him knowledge in various fields including technology and gadgets. Talking about which, he loves to tweak and play with gadgets, new and old. And when he finds time, if he finds time, he can be seen playing video games or taking a new gadget for a test run.
Facebook
Twitter
WhatsApp
Linkedin
ReddIt
Email
Previous articleThis is how much you pay for your mobile data in India compared to the rest of the world
Next articleGoogle could unveil ‘Project Yeti’ and ‘Project Stream’ at the GDC 2019