HomeMobilesSamsung Galaxy F22 to be launched in India today: Here is what...

Samsung Galaxy F22 to be launched in India today: Here is what to expect

Samsung is all set to add a new smartphone to its Galaxy F-series line-up. 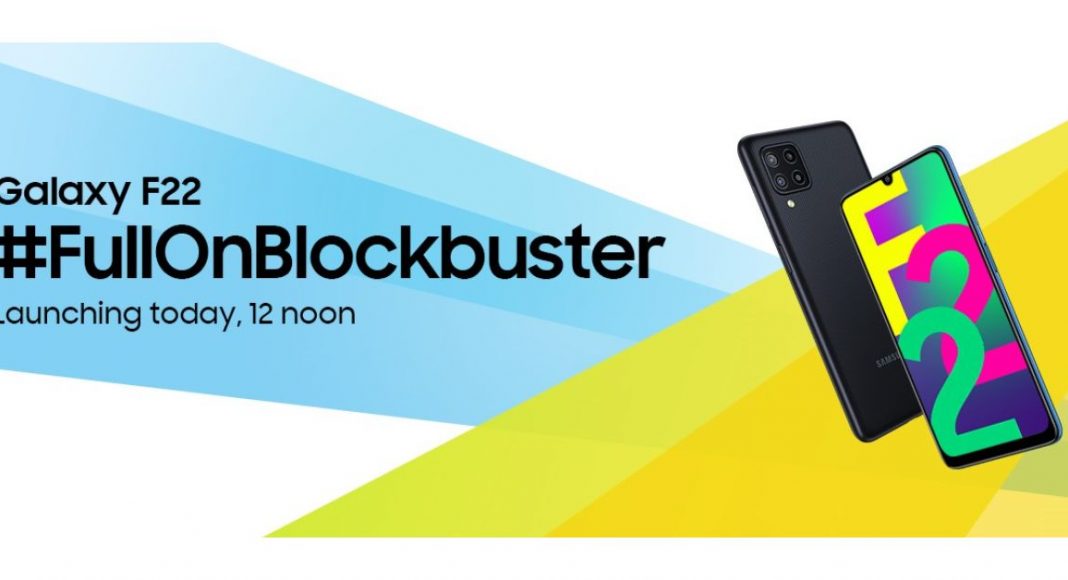 The company will be introducing Samsung Galaxy F22 in India today. Ahead of the official launch, the company has also introduced a dedicated microsite on Flipkart to tease its availability. The key highlights of the smartphone include an HD+ sAMOLED Display with 90Hz refresh rate support. Moreover, there will be a large 6,000mAH Battery and a 48-megapixel quad camera set up.

As said, Samsung Galaxy F22 will be launching today in India at 12 noon. The company is not holding any special event today to uncover the device. The device will be simply listed on the e-commerce website for purchase as soon as it gets launched in the country. Prior to the official launch, the firm has also listed the device on Flipkart to tease its availability. After the launch, the mobile phone will go on sale via Flipkart, Samsung’s online store and select retail stores in the country. In terms of pricing, the smartphone is expected to get launched under the Rs 15,000 price tag.

The dedicated microsite for Samsung Galaxy F22 only reveals the key specifications but not the pricing. As revealed by the company, the forthcoming phone will feature a 6.4-inch HD+ Infinity-U sAMOLED display that will come with 90Hz refresh rate support. In addition to this, the device is said to offer a super smooth performance by reducing motion blur and response time.

Moreover, Galaxy F22 will come with a massive 6000mAh battery that is claimed to provide uninterrupted content viewing. In terms of optics, the Samsung Galaxy F22 will be featuring a True 48MP Quad Camera set-up. The details about the other three sensors will be revealed later on.

According to Google Play Console listing the display of the Galaxy F22 strides in with 720×1,339 pixels of resolution. The mobile is said to be powered by MediaTek MT6769T, which is believed to be MediaTek Helio G80 SoC. Paired with 4GB of RAM, the mobile phone will ship with Android 11 out of the box.

The smartphone is also said to be a rebadged version of the Galaxy A22 that was launched in the European market last month.

Komila Singhhttp://www.gadgetbridge.com
Komila is one of the most spirited tech writers at Gadget Bridge. Always up for a new challenge, she is an expert at dissecting technology and getting to its core. She loves to tinker with new mobile phones, tablets and headphones.
Facebook
Twitter
WhatsApp
Linkedin
ReddIt
Email
Previous articleHow to install Windows 11 on unsupported PCs or Laptops?
Next articleNokia G20 gets officially launched in India: Here are its pricing and specification details