The tablet’s official launch date is still unclear, however sources close to Gadget Bridge do tell us it can happen in April of 2020. 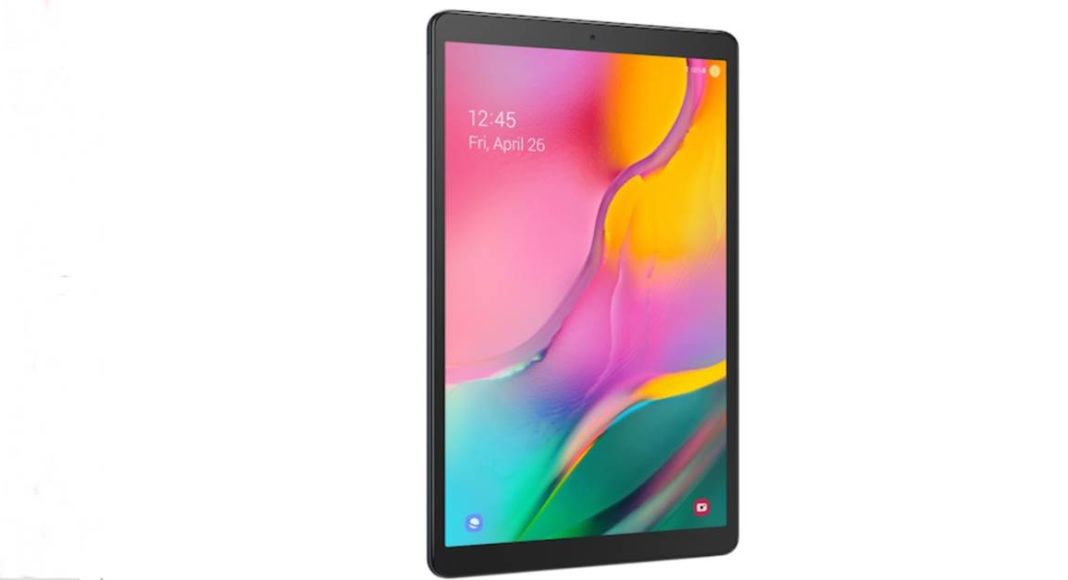 If you have been waiting eagerly to hear more about the Samsung’s much-awaited Galaxy Tab A 8.4 (2020), popular tipster Evan Blass has leaked a new rendering of this tablet device. This latest leak of Samsung Galaxy Tab A 8.4 (2020) hints that the smartphone manufacturer will fit the device with a 8.4-inch screen along with a FHD+ (1,920×1,200 pixels) resolution.

On taking a close look at the leaked image which is circulating online, it seems that Samsung Galaxy Tab A 8.4 (2020) is likely to be equipped with two speakers at the bottom of the tablet and one on the top panel. In addition to this, there could be a Type-C charging port at the bottom, a 3.5mm headphone jack on the top, and a SIM/MicroSD card tray on the left side of the device. And the Power/ Lock as well as volume button could be placed on the right panel.

However, the leaked image of Samsung Galaxy Tab A 8.4 (2020) reveals no information regarding the fingerprint recognition module.

On the camera front, Samsung Galaxy Tab A 8.4 (2020) carries an 8MP rear-facing camera and a 5MP selfie snapper. According to news report it is likely that this upcoming tablet from Samsung could derive its power from Exynos 7904 SoC paired with 3GB RAM.

“With our introduction of the fastest mobile storage, smartphone users will no longer have to worry about the bottleneck they face with conventional storage cards,” said Cheol Choi, executive vice president of Memory Sales & Marketing at Samsung Electronics.

This latest development means consumers can enjoy the speed of an ultra-slim notebook when storing massive files like 8K videos or several hundred large-size photos in their smartphones, without any buffering. Moreover, transferring contents from an old phone to a new device will also require considerably less time.

Talking about the performance, the 512GB eUFS 3.1 processes up to 60 percent faster than the popularly used UFS 3.0 version, offering 100,000 input/output operations per second (IOPS) for reads and 70,000 IOPS for write speed. The tablet’s official launch date is still unclear, however sources close to Gadget Bridge do tell us it can happen in April of 2020.