Everything we know about Vivo V23 5G from pricing to specifications 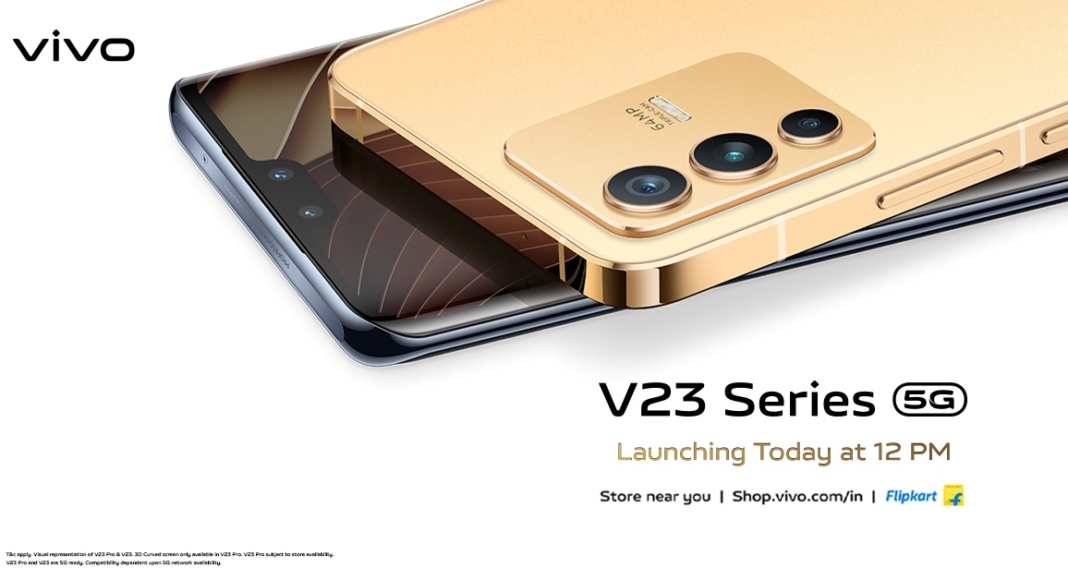 The Vivo V23 5G series will be launched in India today, January 5th. At 12 p.m. IST, the new smartphone series will be unveiled. The future lineup will be accessible on Flipkart, as well as the company’s official website since it has been featured on the e-commerce platform. The business is likely to introduce the Vivo V23 5G and Vivo V23 Pro 5G smartphones. Prior to the unveiling, the pricing of the next products has leaked online. The device’s details, as well as its price, have been revealed. Continue reading to find out more about the pricing of the Vivo V23 5G series.

The vanilla Vivo V23 is estimated to cost between Rs. 26,000 and Rs. 29,000 in India, according to sources. The smartphone will be available in two colours: Sunlight Gold and Stardust Black, according to reports.

The gadget is said to be equipped with the MediaTek Dimensity 920 SoC, as well as 12GB of RAM and 256GB of UFS 2.2 storage. On top of Android 12, Vivo’s Funtouch OS 12 is likely to be deployed. It might come with a 6.44-inch full-HD+ AMOLED display with a refresh rate of 90Hz. It’ll also include a 4,200mAh battery and support for 44W rapid charging.

A 64-megapixel primary camera, an 8-megapixel ultra-wide camera, and a 2-megapixel macro lens are all expected to be included in the Vivo V23’s triple rear camera setup. The smartphone will include a 50-megapixel sensor on the back and an 8-megapixel camera on the front, according to the report.

The Vivo V23 Pro 5G pricing in India, on the other hand, is expected to cost between Rs 37,000 and Rs 40,000. This phone will be available in two colour schemes: Sunshine Gold and Stardust Black.

The smartphone might include a 3.56-inch AMOLED display with a refresh rate of 90Hz and a 3D curved screen. The MediaTek Dimensity 1200 SoC is expected to power it, along with up to 12GB of RAM and 256GB of storage. The phone is believed to run Vivo’s Funtouch OS 12, which is based on Android 12. In addition, the phone is rumoured to ship with a 4,300mAh battery that supports 44W rapid charging.

According to the source, the Vivo V23 Pro 5G might include a triple camera arrangement with a 108-megapixel primary camera, an 8-megapixel ultra-wide lens, and a 2-megapixel macro sensor. A dual selfie camera setup with a 50-megapixel and an 8-megapixel sensor might be included in the gadget.

Komila Singhhttp://www.gadgetbridge.com
Komila is one of the most spirited tech writers at Gadget Bridge. Always up for a new challenge, she is an expert at dissecting technology and getting to its core. She loves to tinker with new mobile phones, tablets and headphones.
Facebook
Twitter
WhatsApp
Linkedin
ReddIt
Email
Previous article
5 January 2022 Amazon Quiz today answers: Answer to win Rs 40,000 Amazon Pay Balance
Next article
Best websites to shop and get international gadgets to India from?