A new trailer of Death Stranding is out which reveals some interesting details. 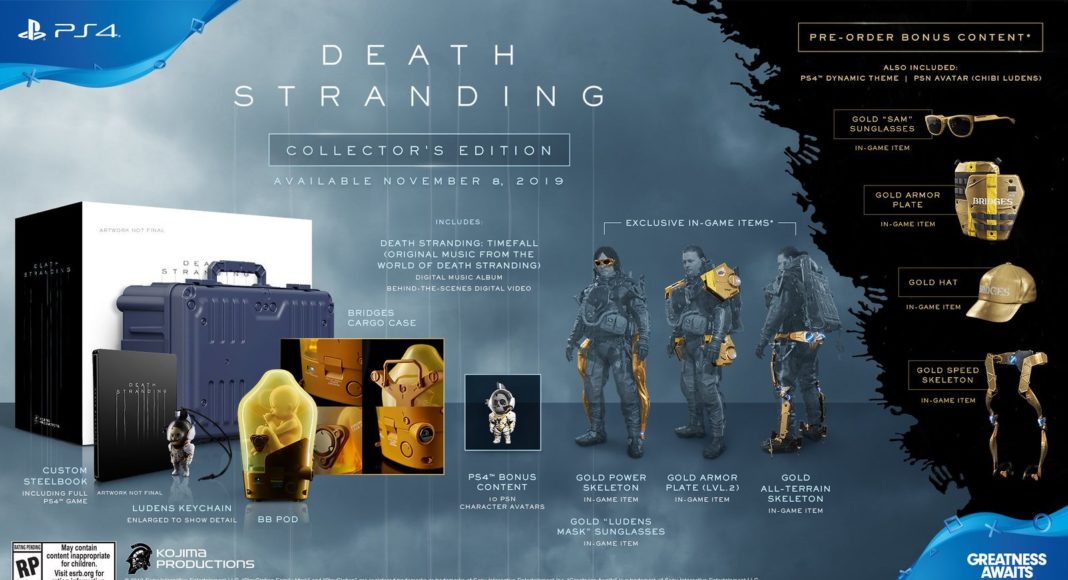 Death Stranding is a highly anticipated game from one of the best game creators in the industry – Hideo Kojima. After months of teasers and reveals the game has finally gotten a release date. The Sony exclusive title will be released on November 8, 2019 and it has many star cast as its lead protagonists/antagonists. The official release of the game is still months away, but it is up for pre-orders on the PlayStation Store. Official confirmation reveals that there will be four Death Stranding game editions once it launches for the masses. Each edition will have its own add-ons from in-game items to free goodies like a cargo case to a life-sized BB Pod Statue with a baby inside it, which is similar to the game itself.

Yesterday, the game received an 8-minute trailer which showcased some of the characters, the world, the mechanics, graphics and the combat of the upcoming Death Stranding. As mentioned above, Death Stranding is filled with star cast like Norman Reedus, Mads Mikkelsen and even the Oscar award winner Guillermo Del Toro. All of them will play their part in the game. PlayStation Store has listed the game’s release date to November 8, 2019 and it has been put under the action/ adventure title with a PEGI-18 rating.

Now, talking about the different editions of the game, the Death Stranding Digital Edition is currently priced at $59.99, and the price on PlayStation Store’s India is Rs 3,999. On the other hand, the Death Stranding Digital Deluxe Edition holds a price tag of $79.99 and is up for pre-order. Its India price is listed as Rs 4,799 on PlayStation Store. There is also a Death Stranding Special Edition with a price tag of $69.99 (approximately Rs 4,900) and lastly the Death Stranding Collector’s Edition with $199.99 price tag (approximately Rs 14,000). It is the collector’s edition of the game which will come with goodies like the custom case along with the BB Pod Statue, a Ludens key ring along with a cargo case.

Alone, we have no future.

Legendary creator @Hideo_Kojima_EN returns on 8th November with Death Stranding. Get the details on all of the incoming editions: https://t.co/glfdas3nX1 pic.twitter.com/bAHm9nz5Or

As mentioned above, the game will be a PS4 Exclusive and it is using the Decima Engine. In addition to this, Kojima himself tweeted that the game will come in three versions (in terms of language). There will be one with an English voice version, another with English voice with a Japanese subtitles version and lastly there will be one with fully Japanese voice version. Kojima describes the game as a unique type of action game with something called a Social Strand System.

Aman Singhhttps://www.gadgetbridge.com/
Aman Kumar Singh has a Masters in Journalism and Mass Communication. He is a journalist, a photographer, a writer, a gamer, a movie addict and has a love for reading (everything). It’s his love of reading that has brought him knowledge in various fields including technology and gadgets. Talking about which, he loves to tweak and play with gadgets, new and old. And when he finds time, if he finds time, he can be seen playing video games or taking a new gadget for a test run.
Facebook
Twitter
WhatsApp
Linkedin
ReddIt
Email
Previous article15 best websites to keep yourself entertained for hours
Next articleMeizu 16Xs with Snapdragon 675 CPU, triple-rear camera setup launched: Price and specifications