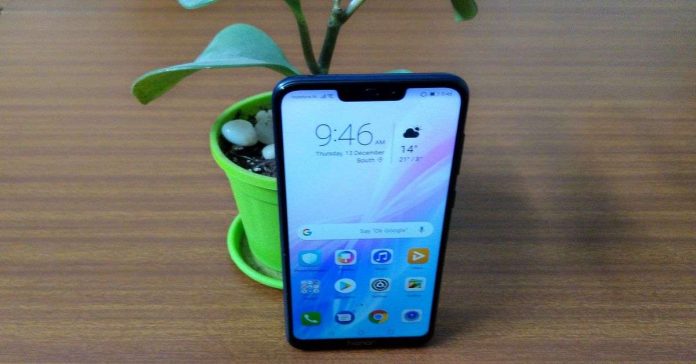 Huawei’s sub-brand Honor recently took the wraps off the first ever smartphone to come with Qualcomm’s Snapdragon 632 processor – Honor 8C. The smartphone has a 4,000mAh battery and the company has touted its cameras AI enhancements to be the best. We spent a few days with Honor 8C smartphone to know if it manages to make a mark in the already overcrowded budget segment. Read the rest of our review to know if Honor 8C is the right buy for you:

We’ll begin by talking about the design of Honor 8C. The body of the smartphone is completely made of decent quality plastic. Honor 8C is tall, yet it is slim enough for easy one-handed usage. Although the smartphone felt solid to hold and we liked its overall look and feel, it doesn’t feel premium when compared to other smartphones in the same range. Since others are made of glass and metal. But, in the budget segment, it’s not exactly the primary concern for anyone.

The front is dominated by the 6.26-inch display that has a notch on top, which houses the earpiece and selfie camera. We should mention that the borders outlining the display of Honor 8C smartphone are not as slim as the ones we have seen on other smartphones lately. The chin is the thickest of all and the difference is quite noticeable. 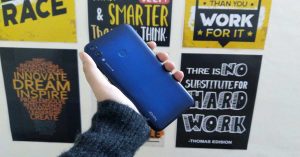 If you don’t like the notch of the device, you can hide it using an option in the Settings menu. Flip over, and you’ll see the plastic back panel of the smartphone which looks extremely glossy. It is worth noticing that the back panel of the device is prone to getting fingerprint smudges, but the smartphone comes with a plastic cover in the box which will help you with this problem.

The fingerprint scanner of Honor 8C mobile is embedded on the back panel of the smartphone. The dual rear cameras and the LED flash are vertically stacked on the top left of the back. While ‘AI Camera’ is written right below it, the Honor branding is on the bottom left. We should point out, that like Honor 8X, the dual rear cameras are not in a single module and are placed separately on the device. Another thing that is similar between the two devices is that the AI Camera and Honor branding can only be read properly on holding the device in landscape mode.

While the left edge of the smartphone houses the SIM tray which has two nano-SIM slots and a dedicated microSD card slot, the right edge has the power and volume rocker buttons. The bottom edge has a micro-USB port, the primary microphone and a speaker grille. The secondary microphone and the 3.5mm headphone jack are placed on the top. In a nutshell, Honor 8C has a decent design and like we said decent built quality. 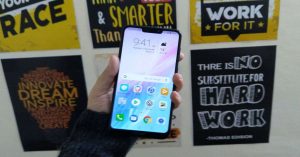 Coming to the display of the smartphone, the Honor 8C features a 6.26-inch HD+ (720×1520 pixels) TFT IPS LCD screen that has an aspect ratio of 19:9. The display of the device was reasonably good. The images displayed were sharp and clear. The colours showcased were accurate and vibrant and they remain consistent at different viewing angles. You may have to manually adjust the brightness, as the default wasn’t bright enough.

Before we start talking about the performance of Honor 8C, we’ll take you through the rest of the specifications. The smartphone is powered by Qualcomm’s new 14nm Snapdragon 632 processor and comes with 4GB of RAM and 64GB of internal storage. Another storage variant with the same RAM and 32GB of onboard storage is also available for purchase. 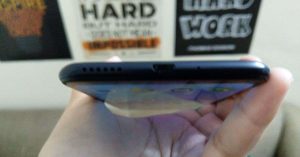 We got the former for review, which is priced at Rs 12,999. Both the variants of the Honor 8C smartphone can hold microSD cards of up to 256GB. Honor 8C houses a 4,000mAh battery to power the device. The connectivity options on the device include Wi-Fi, Bluetooth 4.2, GPS, a Micro-USB port and a 3.5mm headphone jack.

Speaking about the software of the device, Honor 8C runs Android 8.1 Oreo with a layer of Honor’s EMUI 8.2 on top. There are a number of features available because of this, but then there is bloatware too. You’ll find some Google apps and some Honor’s own native apps on it. For instance, the device has Gmail, Google Chrome and Android Messages, but the Dialer and Gallery are Honor’s. 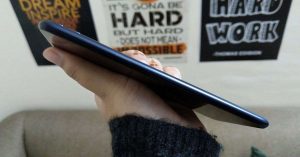 Apps like Facebook, Netflix and Camera 360 come pre-installed and there are a number of Honor’s own apps. What covers up for it is the one-handed mode on the device and its ability to run two accounts of the same app at the same time via a feature called App Twin.

The performance of Honor 8C, during our time with it, was mostly good. The smartphone handles day-to-day tasks with ease, considering that it falls in the budget segment. We launched and switched between multiple apps and Chrome tabs during our time with it, and we did not see hardly any lag in Honor 8C’s performance. To push it further, we used navigation via Google Maps in PIP mode and watched YouTube videos simultaneously. Honor 8C handled that with ease too. In spite of the multi-tasking, the smartphone didn’t warm up.

Gaming was another good aspect of the smartphone, especially when compared to other budget smartphones. We played games like Temple Run 2 and Alto’s Odyssey, and Honor 8C took it well. Heavier games like Asphalt 9 could have been better, but then, we didn’t expect a budget smartphone to run them as flawlessly as handsets with better processors do. 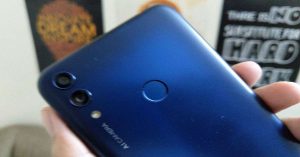 The call quality of the smartphone was good. There was no problem with the reception and we managed to make calls in areas like basements too. The face unlock feature worked perfectly in well-lit areas, and dimly lit areas it was mostly good. The fingerprint sensor of the device was extremely quick and accurate. It detected our finger even when it was moist.

The battery of Honor 8C was undoubtedly its best feature. The 4,000mAh battery of the smartphone lasts an entire day with heavy usage involving social media, YouTube videos and gaming. If your usage is moderate, it’ll last more than a day. It took us around two hours to completely charge the device.

For imaging duties, Honor 8C has a dual rear camera setup with 13MP and 2MP sensors and an 8MP fixed focus camera on its front panel. The camera app of the smartphone supports the Pro mode that enables users to adjust the exposure, shutter speed, white balance and more. 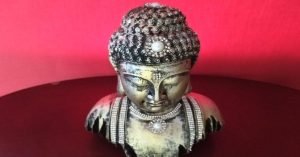 Honor 8C is touted to detect 22 different types of objects and more than 500 types of scenes. The smartphone also has an AI mode, much like the Honor 8X. The images that we took in well-lit conditions were sharp and had a reasonable amount of details. We liked the photography on the device. But then, we did feel that the AI mode oversaturate the images taken.

While some may like it, we prefer to have more natural looking colours in pictures taken. The images in dimly lit areas could have been better too. Some of them lacked clarity and looked dull. In fact, in dimly lit conditions, AI helped us click some better images. However, we still observed some noise in the images taken. 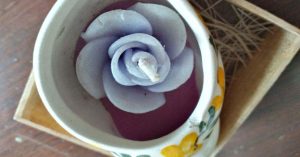 The smartphone excels in some areas but fails to make a mark in others. The design is decent but common, the display is reasonably good, the performance of the device with multitasking included is smooth, and the battery is the key highlight. The built quality of the device and its accurate fingerprint sensor are a plus too.

On the downside, the smartphone comes with bloatware and its camera’s low-light photography is not at all impressive. For us, the performance of any device is the most important and Honor 8C is good as far as that goes. And the battery life makes it even better. At Rs 12,999, you wouldn’t regret buying it. Just don’t expect that cameras to do an outstanding job.

- Advertisment -
Huawei’s sub-brand Honor recently took the wraps off the first ever smartphone to come with Qualcomm's Snapdragon 632 processor – Honor 8C. The smartphone has a 4,000mAh battery and the company has touted its cameras AI enhancements to be the best. We spent a...Honor 8C review:  Solid built meets smooth performance