Redmi A1 review: Setting the benchmark for entry-level smartphones

We tested the Redmi A1 for a week, here is our in-depth review. 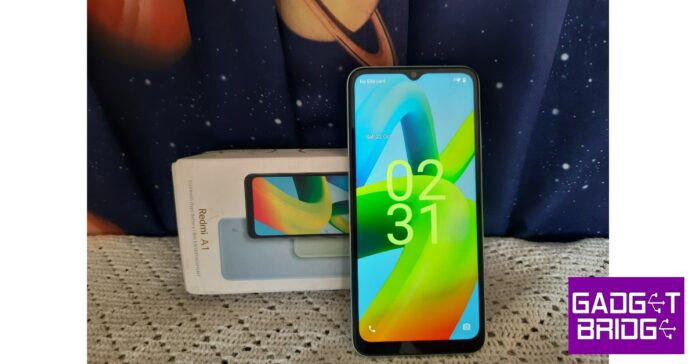 It wouldn’t be far-fetched to say that Xiaomi has had a major influence on the entry-level smartphone market in India. A category which was previously glossed over in favour of affordable, midrange, and premium smartphones, has now had new life breathed into it ever since the arrival of Xiaomi. Xiaomi’s Redmi range of smartphones is known to offer incredible specs for the price along with striking design elements. The Redmi A1 is no different. Priced at just Rs 6,499, we had to see for ourselves what one of the most affordable smartphones in the market has to offer. Here is our Redmi A1 review.

Redmi A1 review: Design and Display

Inside the box, you get the smartphone, a 10W power adapter, a micro USB cable, a SIM ejector tool, and a Quick Start Guide. Taking it out of the box, this is not a compact smartphone by any means. With dimensions of 164.9 x 76.8 x 9.1 mm, the Redmi A1 matches even midrange smartphones in size. Holding the phone in your hand, it doesn’t feel like one of the cheapest ones on the market. Perhaps a sign of how far the entry-level category has come. 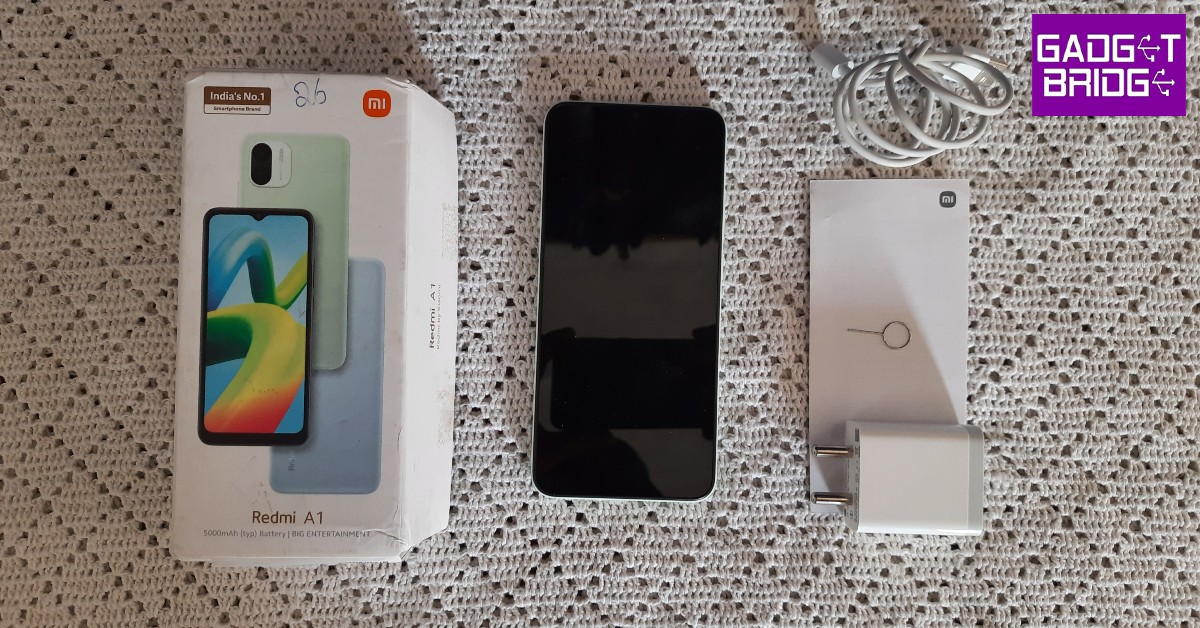 The overall design has been dialled down and kept simple. The back panel is made out of plastic and has a textured finish which feels pretty nice while holding the phone in your palm. The dual cameras are housed in a small squarish unit at the top right part of the back panel along with a dual-LED flash. The Redmi A1 is available in three colours – light green, light blue, and black. We used the light green variant for this review and the rustic colour goes well with the minimal design of the smartphone. 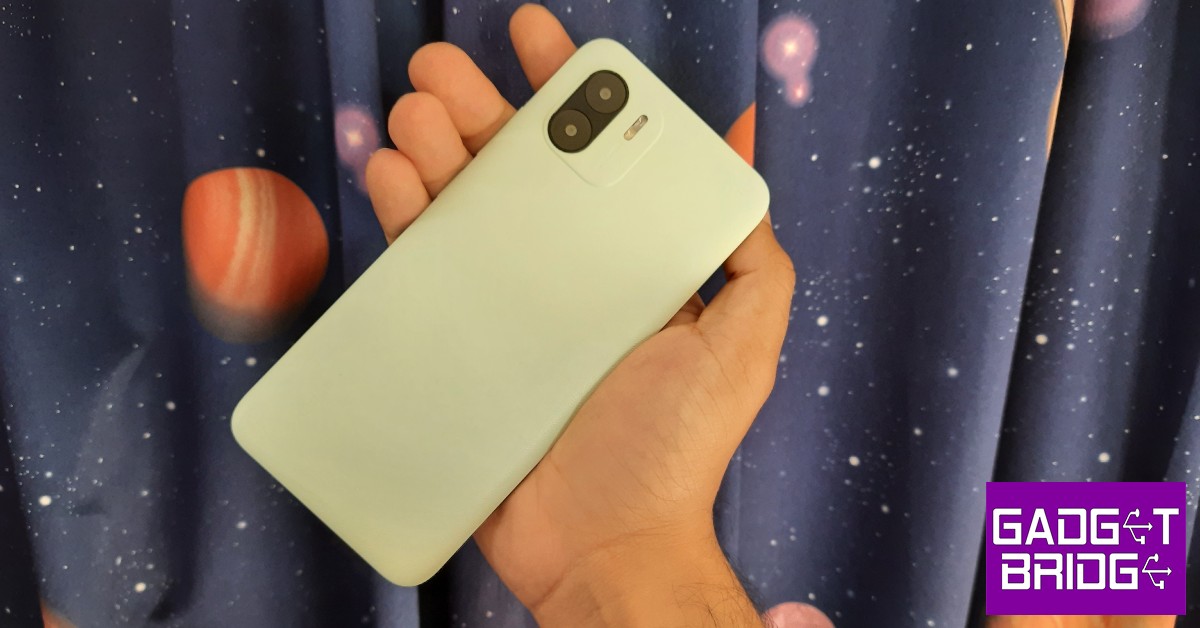 The micro USB port and the 3.5mm headphone jack are housed at the bottom of the phone. On the ride side, you’ll find the volume rocker along with the power key. The SIM tray finds its way to the left. The speaker grille is placed at the top of the phone. There is no fingerprint sensor on the device. 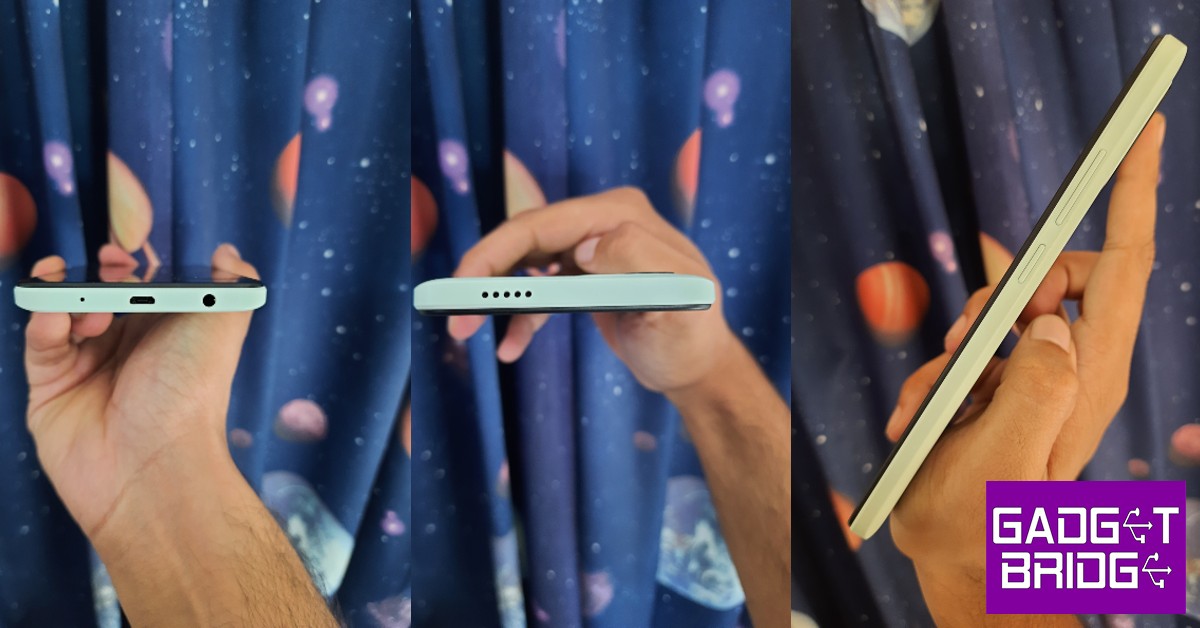 Moving on, the Redmi A1 boasts a 6.52-inch IPS LCD display that has a resolution of 700 x 1600p. A lot of people who upgrade from a feature phone look for a big display, and Redmi A1 cuts no corners when it comes to that. Redmi could have easily provided a smaller display while slightly bumping up other specs, but they went for a 6.5-inch screen size.

The display is quite satisfactory if you want to watch SD content on it. There is a ceiling that the display hits quite early and there’s not a lot more you can get out of it. We watched content on YouTube, Netflix, and Hotstar, and the results were on par for an entry-level smartphone. Nothing too special, but great for the price. 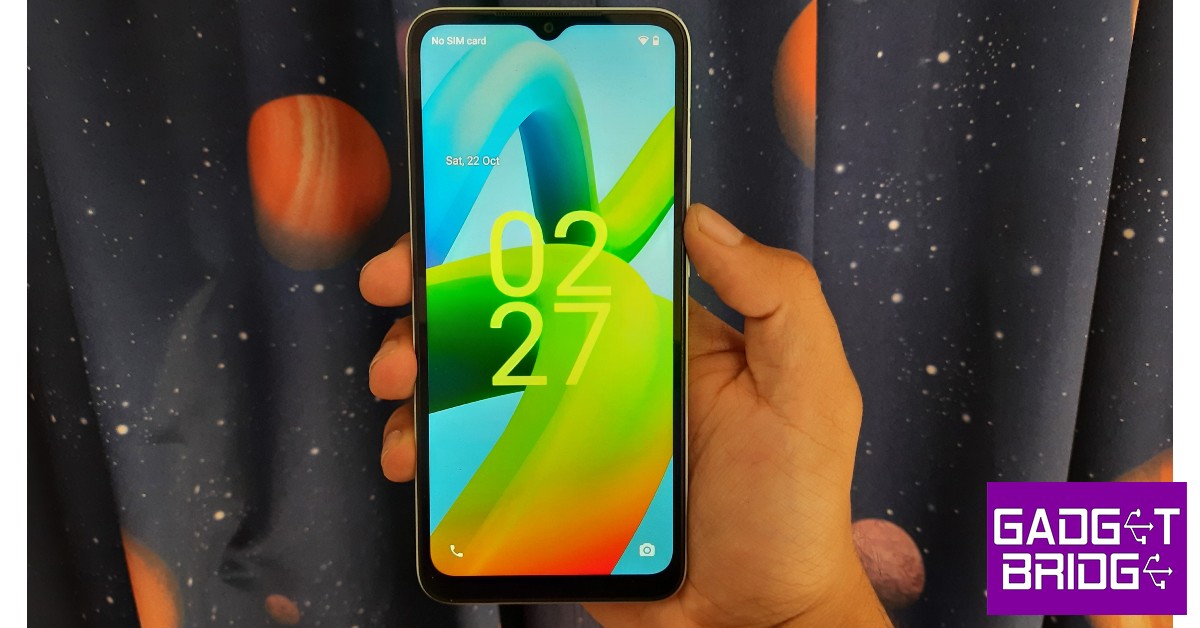 The display also has a refresh rate of 60Hz and a peak brightness of 400 nits. The scrolling experience is decent but the haptic feedback has been dialled up quite a bit. You may have to spend some time customising the phone to sort that out.

Redmi A1 review: Performance and Cameras

The Redmi A1 is powered by the MediaTek MT6761 Helio A22 processor. This processor delivers a decent performance when it comes to basic tasks like browsing the internet, making video calls, using navigation, and more. The storage space offered is 32 GB along with an option of 2/3 GB RAM. We used the 32 GB + 2 GB model for this review.

One of the things to note here is that the Redmi A1 runs on Android 12 GO, which is an OS specially designed by Google for low-end smartphones. You’ll barely find traces of MIUI on top of this OS. The UI is pretty clean and there are no bloatware apps on the phone apart from Facebook Lite.

The smartphone is also equipped with a PowerVR GE8320 GPU, and we put it to the test by playing some light games like Candy Crush, Subway Surfers, and Clash Royale. After being pleased with the smartphone’s performance, we played Garena Free Fire Max on it. While there were some expected lags, the phone did well to provide a satisfactory gaming experience. You won’t get the smoothest controls or high-quality graphics on the Redmi A1, but that is to be expected from a smartphone at this price point. On the Geekbench Test, the smartphone returned a score of 140 points on the Single-core test and 501 points on the Multi-core test. 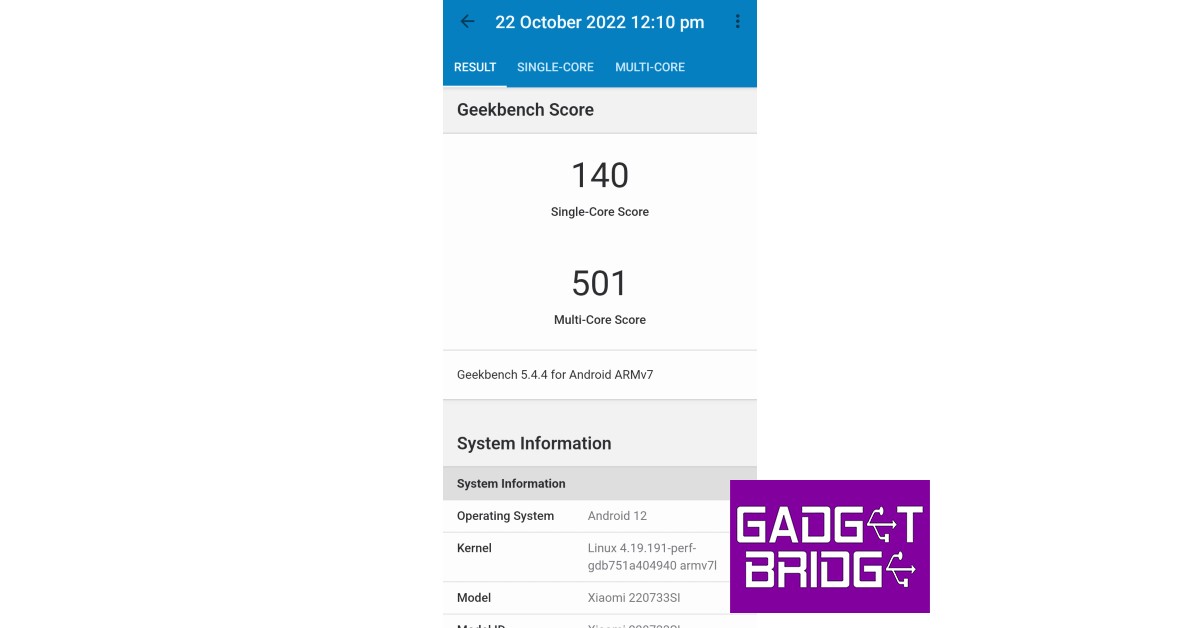 Moving on, the Redmi A1 receives a 5,000 mAh battery pack, which on a phone with minimal hardware and a stripped-down OS lasts a long time. The smartphone easily lasted two days on moderate use which included taking pictures, watching almost two hours of content every day, texting on WhatsApp, browsing the web, and listening to music. More conservative use can easily push the battery backup to 3 days. The 10W charger can fully charge the smartphone in under 3 hours.

When it comes to cameras, the Redmi A1 offers an 8MP primary shooter along with a depth sensor. You also get dual-LED flash housed in the rear camera unit and a 5MP selfie camera in the waterdrop notch on the display. 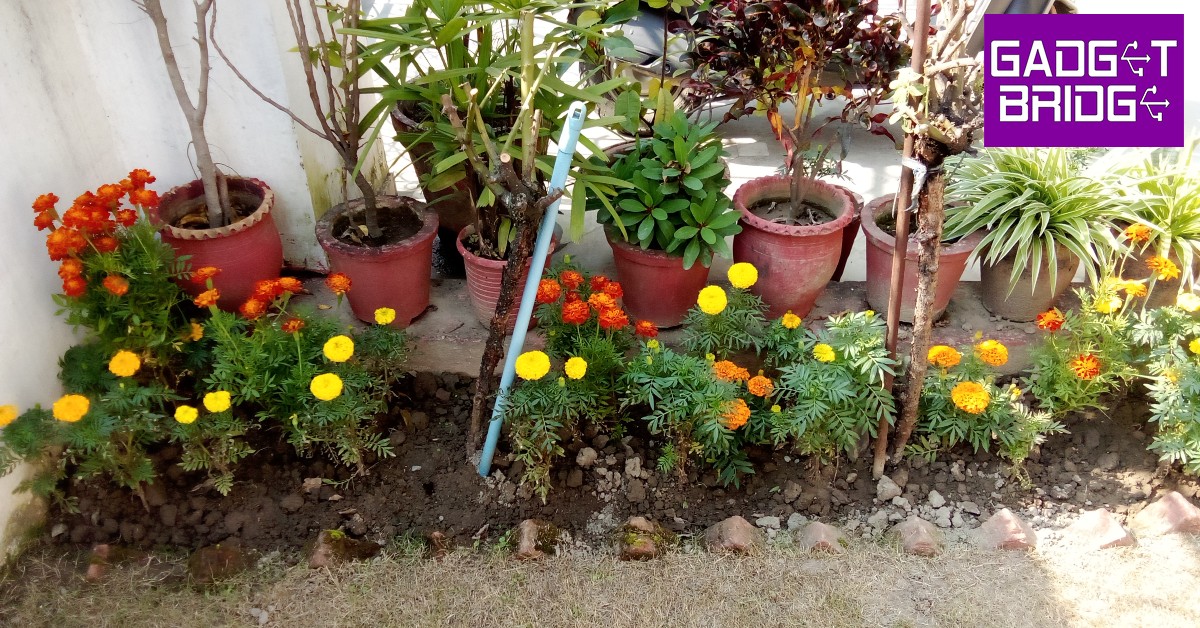 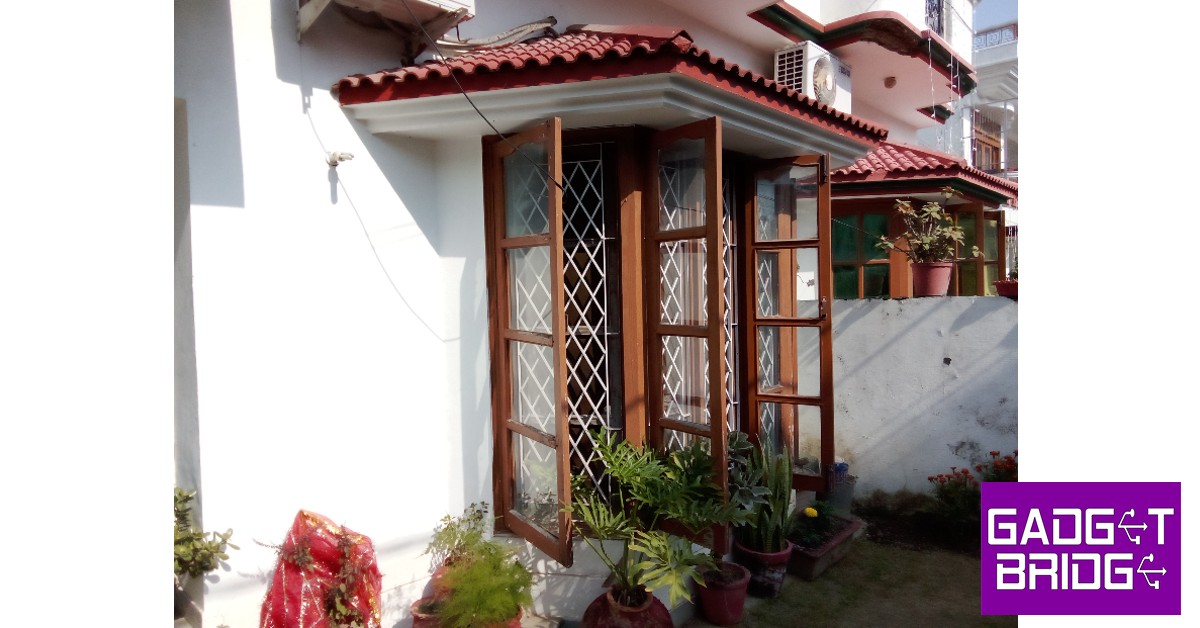 The rear camera unit performs well in well-lit conditions but is certainly not up to the task in limited lighting. We won’t hold it against the Redmi A1, as no other entry-level smartphone can provide that feature. The pictures we took in natural daylight came out pretty well. The colours were vibrant, and the camera did a pretty good job of capturing the essential details. However, the pictures of subjects taken in direct sunlight came out a bit overexposed and we were not able to make out the sky in the background at all. 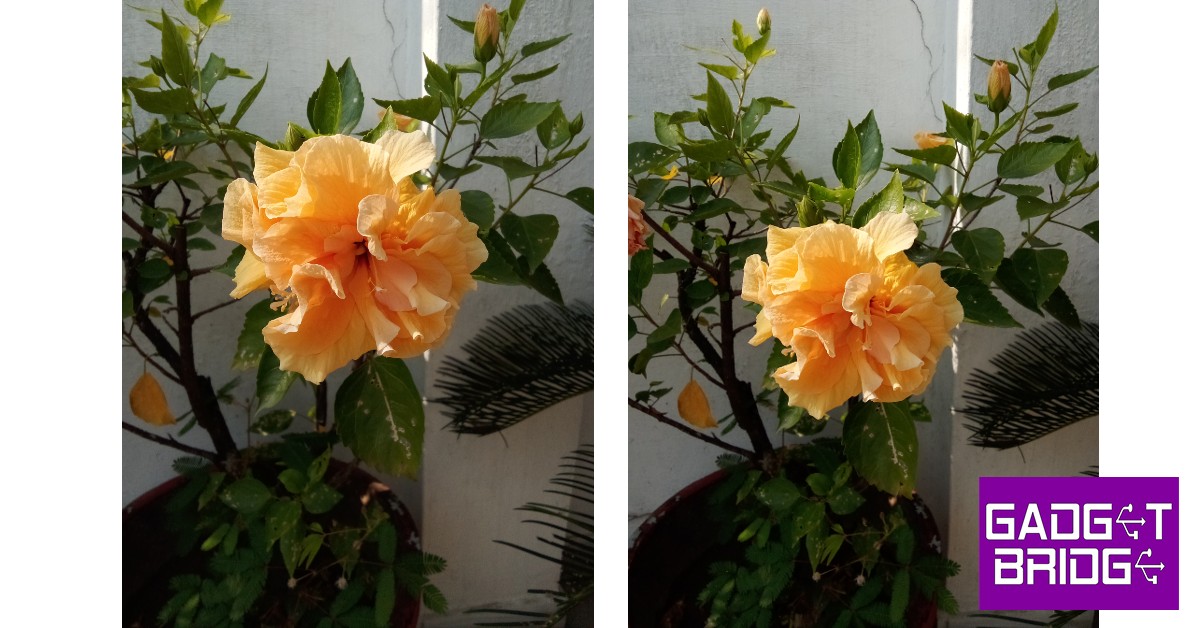 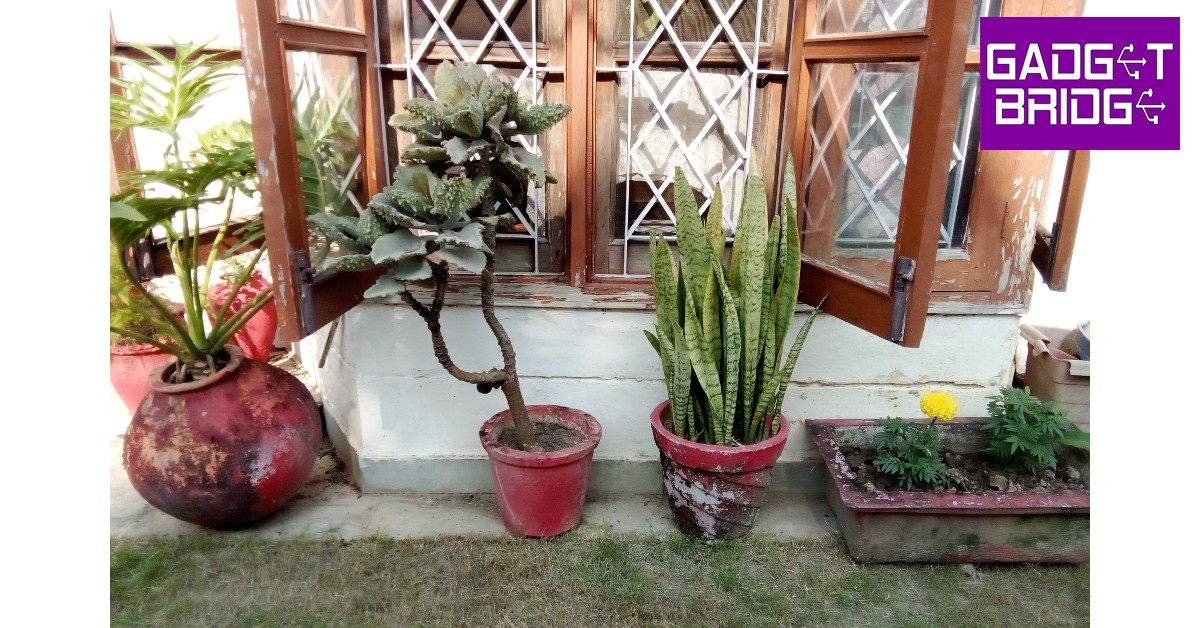 The Redmi A1 can also record 1080p videos at 30fps from the rear as well as the front camera. You can also record time-lapse videos. There is also an option to record a ‘Short Video’, which is essentially there for shooting videos meant to be uploaded on TikTok or Instagram. The 5MP front camera captures decent selfies without adding any artificial effects on top, which is a good thing. Overall, we were quite pleased with the camera performance, given that it is an entry-level smartphone.

After a week of thorough use, the Redmi A1 held up quite well. We would strongly suggest it to buyers who are making the switch from a feature phone. Xiaomi has managed to squeeze in all the essential features buyers expect from an entry-level smartphone without compromising on performance. At Rs 6,499, the Redmi A1 could be the ideal buy.

The display could have been a little more fluid

- Advertisment -
It wouldn't be far-fetched to say that Xiaomi has had a major influence on the entry-level smartphone market in India. A category which was previously glossed over in favour of affordable, midrange, and premium smartphones, has now had new life breathed into it ever...Redmi A1 review: Setting the benchmark for entry-level smartphones