We have highlighted the differences and similarities of the Redmi K20 Pro and OnePlus 7 Pro. 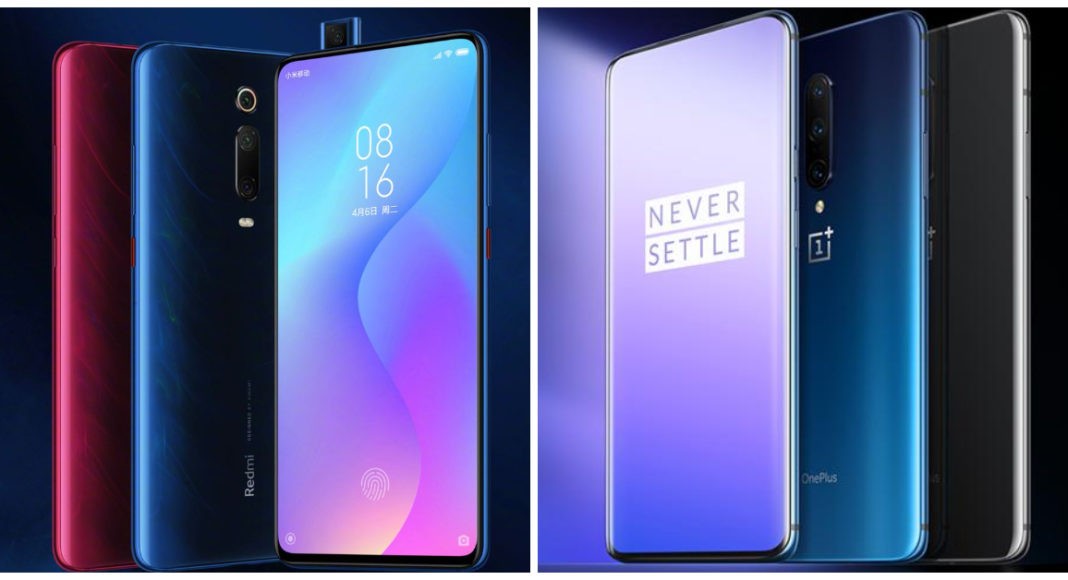 OnePlus 7 Pro: 6.67-inch curved Quad HD+ Fluid AMOLED display with a screen to body ratio of 93.22%, refresh rate of 90Hz and A+ quality rating by DisplayMate

The display is the main part of any smartphone as the user would spend most of his time looking at the screen of the device. The OnePlus 7 Pro wins here as it comes with a 90Hz display and is rated A+. Plus, QHD+ screens have an edge over Full HD ones. But the, it is also costlier than Redmi K20 Pro.

Both the newly launched smartphones are powered by the same CPU but performance may still differ as they run different operating systems. Many factors go when deciding the performance of the smartphone, but then with Qualcomm Snapdragon 855 SoC, the two will be able to handle very heavy usage too.

There is a triple-rear camera setup on both the devices. The Redmi comes with an AI-powered camera but the OnePlus comes with a 3x zoom support. Both of the have the main camera as the 48MP Sony IMX 586 sensor. You may opt for either depending on what you prefer.

The Redmi K20 Pro comes with a 20MP camera, making it a winner. Both the companies have their first pop-up selfie cameras in these devices.

The Redmi K20 Pro gives more option in the RAM and storage department so the users can go for the model of their needs. But the OnePlus 7 Pro has a 12GB RAM variant which the latter lacks.

The only downside of the OnePlus 7 Pro is that it doesn’t support an extendable memory whereas the Redmi K20 Pro does. But the OnePlus 7 Pro comes with the newest UFS 3.0 which gives it a faster read and write time.

Both the smartphones come with similar battery but what differs is their fast charging capabilities. OnePlus 7 Pro comes with better and a faster charger, so we would recommend that if battery is one of your key concerns.

Even though both the smartphones run the similar Android version there is a clear winner here. The UI battle between these two flagship devices is clearly won by the OxygenOS running OnePlus 7 Pro because it gives a cleaner and is close to the stock Android.

Both these devices come with a good build quality and are a good performer. If the users are not afraid to spend a chunk of money on one of the most premium looking devices out there with all the bells and whistles then they should no doubt go for the OnePlus 7 Pro. But if they want a flagship level performance and are in a budget then the Redmi K20 Pro is the smartphone to look at.

Aman Singhhttps://www.gadgetbridge.com/
Aman Kumar Singh has a Masters in Journalism and Mass Communication. He is a journalist, a photographer, a writer, a gamer, a movie addict and has a love for reading (everything). It’s his love of reading that has brought him knowledge in various fields including technology and gadgets. Talking about which, he loves to tweak and play with gadgets, new and old. And when he finds time, if he finds time, he can be seen playing video games or taking a new gadget for a test run.
Facebook
Twitter
WhatsApp
Linkedin
ReddIt
Email
Previous articleBest-looking gadgets that have been launched in Q1 2019
Next articleWhat to do if you have forgotten your smartphone’s password, PIN or pattern?