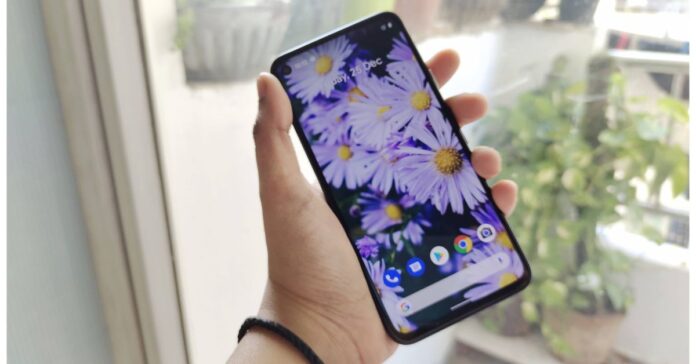 The Tech Giant, Google, recently launched Google Pixel 4a in India. However, the company has also introduced Google Pixel 5 and Pixel 4a 5G in other markets but dropped the idea to launch both the devices in India. As India is still deprived of 5G technology and is expected to arrive by next year. Before arriving in the country many of us were expecting aggressive pricing because if you remember Pixel 3a was priced around Rs 39,000. And we were correct. The company is offering Google Pixel 4a at a decent price, which is at Rs 31,999 and will be available in a single configuration of 6GB RAM with 128GB of storage. So let’s do a full review of Google Pixel 4a to find out what we liked and what we didn’t like about the company’s most affordable device.

On unboxing the Google Pixel 4a we found it to be a pretty compact phone, which has a 5.8 inches OLED screen and these days we rarely see small phones. We were delighted to use this phone because of its nifty form factor. The best thing about having a small smartphone is it can be easily carried in your pocket and looks more fashionable. Also, lightweight devices are easier to hold without tiring your arms. 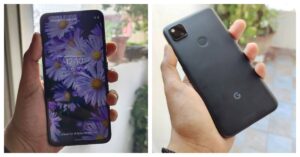 On the front, a camera cut out is given on the top left corner of the screen with slimmer bezels. On the back of the phone, a single camera module is given on the top left corner including an LED flash. While the physical fingerprint sensor is given below the camera module. Google logo and a matte finish rear panel sum up the back. On Google Pixel 4a, the company has used a unibody polycarbonate back cover, which is nice as this will keep it away from accidental scratches and fingerprints. 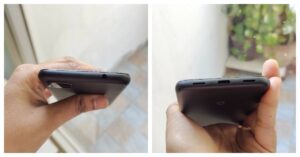 The headphones jack is positioned at the top and on the right, a power and a volume rocker keys are given. On the left, a slot for a single Nano-SIM is there but does support eSIM. And at the bottom, you get speakers and a USB Type-C port. So overall the company’s decision to go with a compact and minimalistic design sets it apart from other devices in the market. 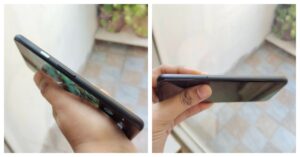 The device does not offer face unlock however the fingerprint sensor works very well and one can use swipe gestures to pull down the notification shade. If you remember in the previous generation of Pixel 4a, it offered thick bezels on all sides and the existing device comes with a comparatively larger display than that of Pixel 3a.

The latest model features a 5.8 inches OLED display. It offers a Full-HD+ resolution at 1,080×2,340 pixels with a 19.5:9 aspect ratio. The mobile has a pixel density at 443 PPI with HDR10 support and Gorilla Glass 3 has been used to protect it from accidental falls and scratches. We were quite impressed with the display’s performance. It may be small compared to other devices, but it is pretty much good for watching content.

The screen of Google Pixel 4A offers vivid and accurate colours while the text appears to be sharp. The brightness of the display during outdoors is legible however the screen content is hard to read in indirect sunlight. So try finding a shade or try using your hands as a shield while using the phone in direct sunlight. The screen also offers good viewing angles and extreme viewing angles do not even affect the ability to read. 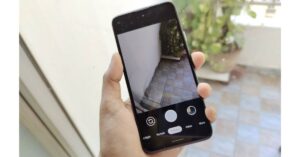 It misses out on a higher refresh rate. The  OLED screen of Google Pixel 4A refreshes at 60Hz so switching between applications will not be as buttery smooth if you have already experienced a phone having a 90Hz refresh rate display. Interesting the company actually offers a 90Hz refresh rate on the Pixel 5. The fingerprint scanner, which is placed on the back of the phone is quite responsive and it takes no time to unlock the device. Also, it can be easily located with a finger, without looking.

The device does not feature a 3.5-mm audio jack, hence the users can connect wireless headphones or USB Type-C ones to the Google Pixel 4a as it supports aptX, aptX HD, LDAC. Another great thing about this mobile device is that it supports stereo speakers. Both the speakers on the device are loud and clear and we did not feel any kind of distortion at max volume. But we felt lows were missing while the highs were higher than the average. Nonetheless, we loved listening to music and watching videos on this budget Pixel but for better audio quality a set of headphones are recommended.

In terms of performance, we felt Google Pixel 4a is quite responsive. The Qualcomm Snapdragon 730G does a very good job. The mid-range octa-core SoC has been paired up with a single 6GB of LPDDR4x RAM and 128GB of internal memory. The smartphone excellently handles all the tasks as well as applications. When it comes to web surfing it loads all the websites effortlessly and our web browsing experience was smooth and buttery.

On the gaming front, the device can easily handle all the game titles and Snapdragon 730 is well suited for fast-paced gaming such as Call of Duty. 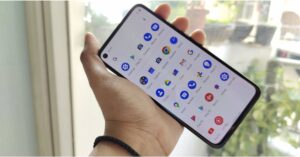 The Pixel 4a runs Android 10 OS out of the box and now Android 11 is also available, which is the latest version of Android. The operating system on this phone is clean and looks fresh and you don’t get any third party app or bloatware on the device with security patches up to date. Over that, the company promises at least three years of software support on the device. That means Pixel 4a will last for a couple of extra years, at least till 2023. The smartphone also comes preinstalled with a personal safety app that will allow you to quickly connect to emergency contacts, emergency sharing, safety checks and more.

Google Pixel devices are known for having the best smartphone cameras. And the company has made efforts to provide Pixel 4a with excellent camera performance. It has a 12.2-megapixel single rear camera set up on the phone having an f/1.7 aperture with optical image stabilisation (OIS) for stable images. The smartphone supports dual-pixel PDAF, however, it lacks an ultra-wide-angle rear camera, which you only get on the 5G variant. 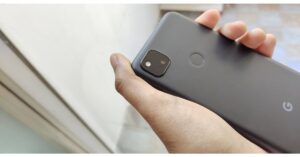 The results that the camera offers are natural in colours. The dynamic range is great as well as the images are sharp whether there is good lighting or under low light conditions. The images delivered here are very good looking. However, the phone takes a bit longer time to process the images but it delivers super clear and detailed images. Also, some flare or scattered light can be seen during outdoor situations when there is direct sunlight therefore sometimes producing undesirable artefacts within the image. 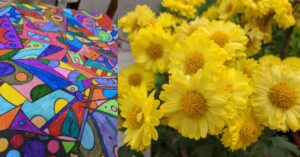 The camera app offers a couple of features such as dual exposure controls, Portrait Mode, Top Shot, Night Sight with astrophotography functions, and fused video stabilization. The Astrophotography mode is a great feature and can be used if stars are still visible but not in our case all thanks to rising pollution. Whereas when you shoot an image in portrait mode from the rear lens the sensor only focuses on the human subject but our subject element was something else. 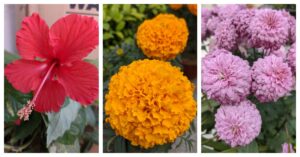 Else it offers a natural depth and blur effect, and it is hard to get this close to a natural effect on an expensive flagship phone which is a plus point. The low light images taken in auto mode and night mode delivered similar results. The night mode enhances the shadows but otherwise, both modes offer similar results. Although again in standard mode the images captured are amazing while in portrait mode the edge detection issue remains the same.

On the front, there is a single 8-megapixel sensor with an f/2.0 lens housed inside a hole-punch display. Interestingly the front camera offers a good wide view however it lacks a wide-angle lens, just like the rear. One thing about the Pixel 4A, which we really appreciate is that you get the RAW option so you can choose between JPEG and RAW. For the front, it offers a video resolution of up to 1080p which we think is not a deal-breaker, but 4K would have been really great. When you shoot a selfie in portrait mode you get an option of setting up shadows, which is amazing and offers flexibility too. But the edge detection is not as good as we expected. 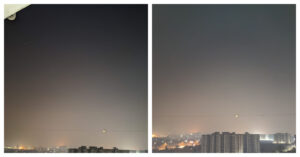 One thing which we really liked about the phone is that you get exposure control during video recording. It offers video recording at 1080p in 30fps as well as 60fps and by default, it takes 4K videos at 30fps only from the rear cam.

The overall performance of the cameras on the phone is decent and there are a number of imperfections too. If you are looking for a camera-focused phone then Pixel is not for you because the Portrait mode is what we found to be disappointing while the standard camera performance is quite interesting and is the USP of this phone. It offers good details, sharpness, amazing colours keeping it natural so that you can enhance it while editing.

Speaking of the battery, the Pixel 4a houses a 3,140mAh battery supported by an 18W fast charger. The battery capacity is smaller if we compare it with the fifth generation of Pixel smartphone. During testing, the battery ran for a whole day long if we watched a lot of videos and played videos and regularly browsed through our social media accounts. But on some days it lasted for more than a day or two which is very interesting on average usage. Additionally, if the battery capacity is smaller then it would not take much time to fully charge the phone.

The cameras on this phone gave us very mixed feelings. Although there is only a single sensor on the Pixel 4a and the standard camera mode on this device is just superb but when it comes to taking portrait images the camera either gets out of focus and it primarily focuses on human elements only and not the subject which we wanted it to focus.

Also, the edge detection is not perfect even a smartphone half of its pricing gives excellent edge detection. We would only recommend this phone for its standard rear camera. Apart from that, gaming performance is also decent and might also give a tight competition to OnePlus Nord.

Komila Singhhttp://www.gadgetbridge.com
Komila is one of the most spirited tech writers at Gadget Bridge. Always up for a new challenge, she is an expert at dissecting technology and getting to its core. She loves to tinker with new mobile phones, tablets and headphones.