HomeMobilesOnePlus Nord 2 set to launch in India today: How to watch...

OnePlus Nord 2 set to launch in India today: How to watch the Livestream and everything you need to know

OnePlus Nord 2 will feature an AMOLED display whereas the Buds Pro will come with an in-ear design. 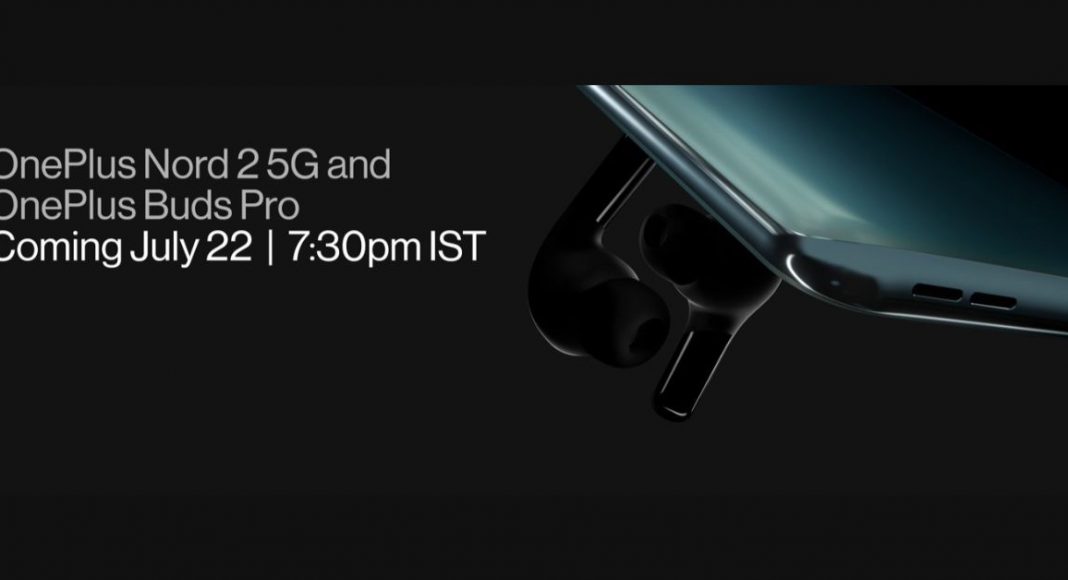 The Chinese premium smartphone company OnePlus is all set to launch OnePlus Nord 2 in India today. Alongside the smartphone, the company will also introduce the OnePlus Buds Pro. Prior to the official announcement the company has been teasing both the products via Amazon listing as well as its social media channels. According to the teasers, the upcoming phone will be featuring a triple rear camera setup, AMOLED display with a 90Hz refresh rate and HDR10+ certification.

How to watch the Livestream of the OnePlus Nord 2 and OnePlus Buds Pro launch:

The launch of the OnePlus Nord 2 and OnePlus Buds Pro is scheduled to take place in India today. The Livestream of the event will begin at 7:30 PM IST and can be watched via the company’s official YouTube channel as well as social media channels. We have also embedded the link below so that you can watch the Livestream here:

Speaking of the specifications, the OnePlus Nord 2 is confirmed to feature a 6.43-inch AMOLED display with a 90Hz refresh rate and HDR10+ certification. There will be a power button and an alert slider on the right side of the phone and a volume rocker on the left. Whereas the speaker cutout and USB Type-C port are positioned at the bottom.

The OnePlus Nord 2 will ship OxygenOS 11 based on top of Android 11 out-of-the-box. The device will get two major Android updates. In addition to this, the Nord 2 owners will also get regular security updates for three years.

In terms of cameras Nord 2 will come with a triple camera setup featuring a 50-megapixel Sony IMX766 primary sensor with optical image stabilisation (OIS). In addition to this, there will be an 8-megapixel secondary sensor and a 2-megapixel tertiary sensor. Upfront it might come with a 32-megapixel selfie camera that is likely to offer picture enhancement modes such a dual video, nightscape ultra, group shot 2.0 and others.

Furthermore, the phone is confirmed to be backed by a 4,500mAh battery with 65W Warp Charge fast charging support.

OnePlus Buds Pro will also debut in India alongside OnePlus Nord 2. The new TWS earphones will feature an in-ear design. Reportedly the device is confirmed to bring adaptive noise cancellation and will equip three microphones. The users will be able to adjust ANC and autotune it from a minimum of 15 decibels to a maximum of 40 decibels.

Kinder Liu, OnePlus’ head of research and development further confirmed that the OnePlus Buds Pro will come with up to 28 hours of battery life with ANC turned on and up to 38 hours when the feature is turned off. There will be a USB Type-C port for charging and is said to offer 10 hours of playtime with just 10 minutes of charging.

Komila Singhhttp://www.gadgetbridge.com
Komila is one of the most spirited tech writers at Gadget Bridge. Always up for a new challenge, she is an expert at dissecting technology and getting to its core. She loves to tinker with new mobile phones, tablets and headphones.
Facebook
Twitter
WhatsApp
Linkedin
ReddIt
Email
Previous articleSamsung Galaxy Unpacked event confirmed for August 11
Next articleXiaomi is showcasing Mi Electric Scooter Pro 2 Mercedes-AMG Petronas F1 Team Edition in India