OnePlus has released OxygenOS stable ROM firmware for both handsets, therefore, hinting at an imminent launch in the country 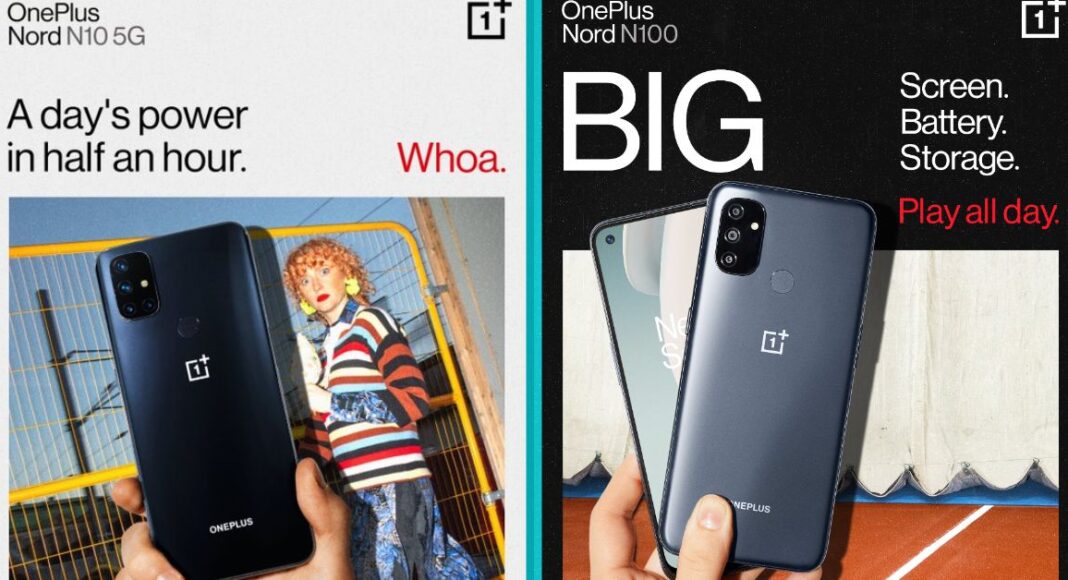 It’s been more than six months since the OnePlus Nord N10 5G and Nord N100 were launched in the European markets. The earlier one is an entry-level phone whereas the former one comes under the mid-range segment. Both previously passed the Bureau of Indian Standards (BIS) certification. In a recent update the Chinese premium smartphone company has also released India-specific OxygenOS stable ROM firmware for Nord N10, and Nord 100 smartphones therefore hinting at an imminent launch. As per the report, an automated OnePlus update tracker, which is a Telegram channel has also shared the links for both the firmware files.

If the reports and the leaks are to be believed then the specification of both the smartphone are as follows:

The OnePlus Nord N10 5G will be featuring a 6.49-inch full-HD+ display with 90Hz refresh rate screen support. The phone will ship with an octa-core Qualcomm Snapdragon 690 5G paired with 6GB of RAM and 128GB of internal storage that can be expanded up to 512GB using a microSD card.

There will be a triple rear camera setup that will include a 64-megapixel primary ultra-wide-angle lens with 119-degree FoV, a macro as well as a monochrome lens. On the front, it includes a 16-megapixel selfie sensor.

On the other hand, OnePlus Nord N100 will come with a 6.52-inch HD+ display and a 60Hz refresh rate support. The upcoming smartphone is likely to be powered by an octa-core Qualcomm Snapdragon 460 processor with 4GB of RAM and 64GB of storage option that is also expandable.

In addition to this, there will be a triple camera set up on the back of the phone that includes a 13-megapixel primary sensor and a 2-megapixel macro and a depth sensor. For selfies, it sports an 8-megapixel front sensor.

Komila Singhhttp://www.gadgetbridge.com
Komila is one of the most spirited tech writers at Gadget Bridge. Always up for a new challenge, she is an expert at dissecting technology and getting to its core. She loves to tinker with new mobile phones, tablets and headphones.
Facebook
Twitter
WhatsApp
Linkedin
ReddIt
Email
Previous article
Comparison: Xiaomi Mi 11 Ultra Vs OnePlus 9 Pro Vs Samsung Galaxy S21 Ultra
Next article
May 3 Amazon Quiz: Play and win Rs 15,000 Amazon Pay Balance