Charles Geschke, the co-founder of Adobe, has passed away at 81: Contributions to Technology & Innovation

Charles Geschke has been one of the most innovative personalities who were known for their commitment and curiosity. 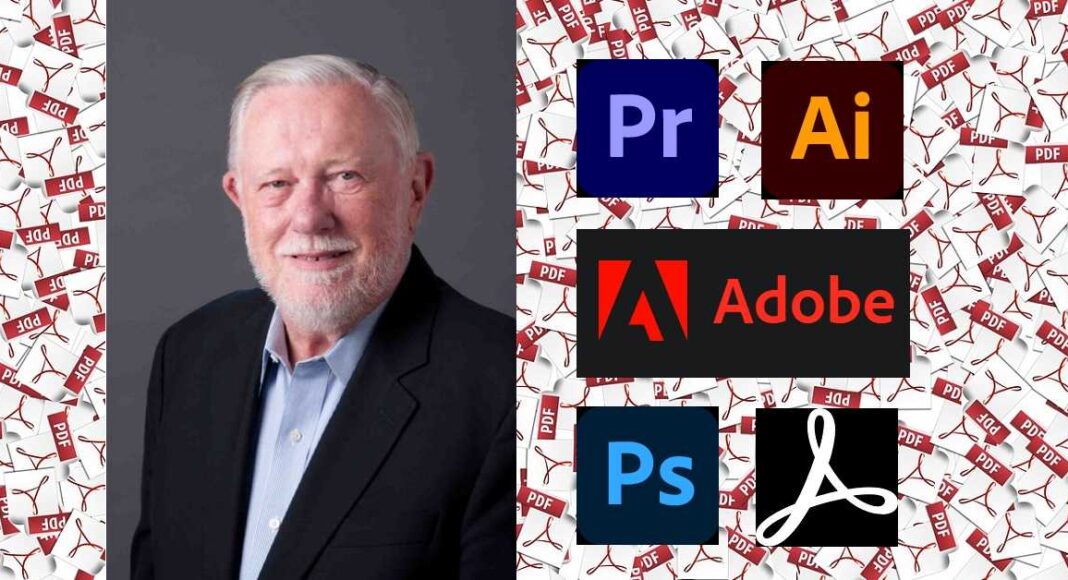 Charles Geschke, the co-founder of Adobe Systems Inc. and co-inventor of the PDF, has passed away at the age of 81. His contributions to technology and innovation are second to none and shall always inspire technology enthusiasts across the globe.

According to Shantanu Narayen, Adobe CEO, “This is a huge loss for the entire Adobe community and the technology industry, for whom he has been a guide and hero for decades”.

What are the contributions of Charles Geschke to Adobe Systems Inc. and the field of technology?

Charles Geschke has been one of the most innovative personalities whose commitment and curiosity shall always be admired. He had not only made indelible efforts to make Adobe Systems Inc. a tech giant but also taught humanity how to think differently.

According to Shantanu Narayen, Adobe CEO, ”As co-founders of Adobe, Chuck and John Warnock developed groundbreaking software that has revolutionized how people create and communicate. Chuck instilled a relentless drive for innovation in the company, resulting in some of the most transformative software inventions, including the ubiquitous PDF, Acrobat, Illustrator, Premiere Pro and Photoshop”.

Geschke established Adobe Systems Inc. in 1982 along with John Edward Warnock, an American computer scientist. Geschke along with Warnock developed the famous file format, PDF in 1993. It’s due to the unforgettable efforts of Charles Geschke that Adobe gave several innovative software used by YouTubers, professionals, designers, artists, and organisations all over the world. These include Photoshop, Lightroom, Illustrator, InDesign, and Premiere Pro.

According to John Warnock, Adobe Systems Inc. co-founder, “I could never have imagined having a better, more likeable, or more capable business partner. Not having Chuck in our lives will leave a huge hole and those who knew him will all agree.”

What are the achievements of Charles Geschke?

Throughout his career, Charles Geschke won several recognitions and awards that truly complement his dedication and contributions to the field of technology. Major awards and recognitions won by him in chronological order are as follows.

According to Nancy Geschke, Charles Geschke’s wife, “He was a famous businessman, the founder of a major company in the U.S. and the world, and of course, he was very, very proud of that and it was a huge achievement in his life, but it wasn’t his focus — really, his family was. He always called himself the luckiest man in the world.”