Here we compare the new Galaxy M40 with the Note 7 Pro. 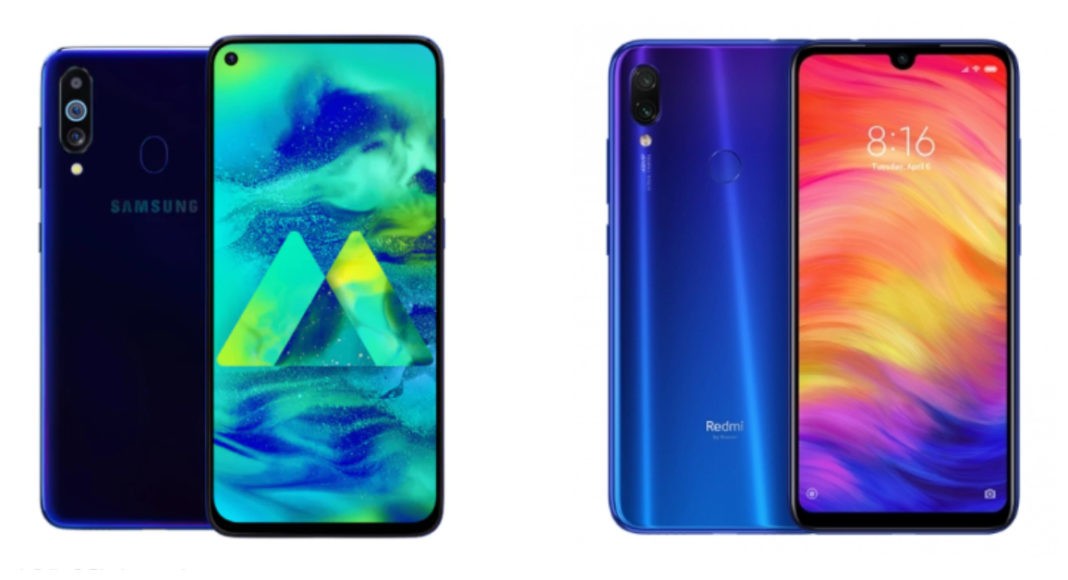 On the display front, the Redmi wins with its higher Gorilla Glass protection, however Samsung Galaxy M40 offers more screen real estate with its hole-punch display. So, it really depends on what your priority is.

Both the devices are powered by the same CPU so their performance depends on their UI and the optimization with the software.

Here, the Samsung Galaxy M40 is the winner with its triple-rear camera setup, but the Redmi Note 7 Pro does have a higher resolution camera.

The Samsung Galaxy M40 comes with a higher resolution front camera than the Redmi Note 7 Pro.

Here, the Samsung device is the clear winner with its higher memory support.

In terms of battery, the Redmi Note 7 Pro is the winner as it comes with a larger battery than the Samsung Galaxy M40.

With the One UI, Samsung is offering a cleaner and faster UI performance to its device, so it is the winner here.

While Samsung Galaxy M40 as it is priced higher than the Redmi Note 7 Pro, it does surpass it in some aspects too. However, it depends on whether you would want to pay an extra price for those features. So, the users who wants the Samsung brand with its unique technology in their smartphone can go for the Galaxy M40 or else the Note 7 Pro as it is the winner if an affordable smartphone is all that you want to buy.

Aman Singhhttps://www.gadgetbridge.com/
Aman Kumar Singh has a Masters in Journalism and Mass Communication. He is a journalist, a photographer, a writer, a gamer, a movie addict and has a love for reading (everything). It’s his love of reading that has brought him knowledge in various fields including technology and gadgets. Talking about which, he loves to tweak and play with gadgets, new and old. And when he finds time, if he finds time, he can be seen playing video games or taking a new gadget for a test run.
Facebook
Twitter
WhatsApp
Linkedin
ReddIt
Email
Previous articleGoogle Map is testing a new safety feature in India: Here’s everything you should know
Next article[Video] Samsung Galaxy M40 Unboxing, First Impresions and Camera Shots – This is the best M out there