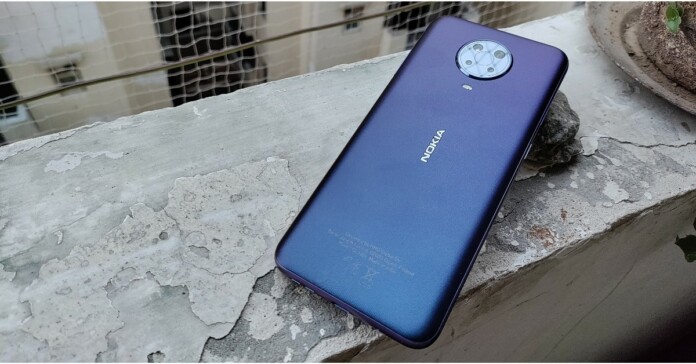 There are very few smartphone brands that offer a complete stock Android experience on their phones and Nokia is one of them. Despite being offered at a low price its devices sometimes have struggled to capture attention, but not anymore.

The Nokia G20 is the company’s latest offering and in today’s review, we’ll see how it performs and whether it’s worth purchasing.

A few months back we reviewed Nokia 3.4, which looks very similar to the Nokia G20 smartphone. Or, to put it another way, most Nokia phones these days have a similar form factor. For better grip, the company used polycarbonate material and designed the panel with ridged vertical stripes. 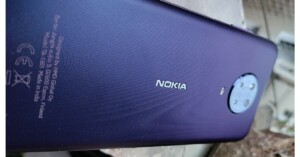 A circular rear camera module with four sensors is neatly placed and an LED flash is located just below the camera module. The device is available in two colour options: Glacier and Night, and our review unit is the latter, which look nice. The phone’s textured back panel makes it resistant to scratches and fingerprints, but luckily the company includes a silicon cover for protection. 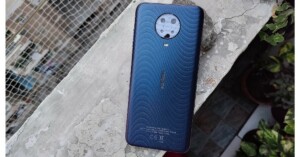 The power and volume buttons on the right frame are fairly easy to reach and provide good haptic feedback. The power button has been integrated with a fingerprint scanner that unlocks the device in about a second. One can also opt for the face unlock option but that is even slower. 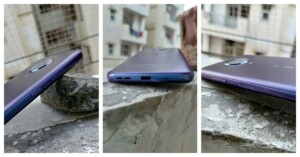 Moving on, there is a SIM tray and a dedicated Google Assistant button on the left. Besides this, there is a 3.5mm headphone jack and a primary microphone on the top while the bottom part consists of a USB Type C port, a mono speaker grille and a secondary microphone. 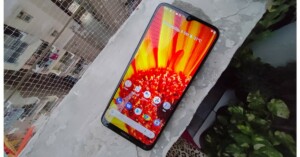 The Nokia G20 features a 6.5-inch HD+ IPS LCD panel with a dewdrop notch for the selfie camera and a 20:9 aspect ratio on the front. The HD+ screen may (on paper) appear underwhelming for the price, but we have to say that we rarely had any issues with the display’s sharpness.

Enabling 1080p mode on YouTube gives you a good viewing experience. The videos appeared to be sufficiently sharp. In addition, the device is Widevine L1 certified for HD streaming on Ott platforms such as Netflix, Prime Videos and others. The outside readability could have been better. A few more nits would have been perfect. The colours of the screen are superb and we loved our experience with it indoors.

The Nokia G20 is powered by an octa-core MediaTek Helio G35 SoC based on a 12 nm processor, paired with 4GB of RAM and 64GB of internal storage. The device has a MicroSD card slot for expandable storage of up to 512GB.

A similar chipset can be found in a variety of low-cost smartphones including the Poco C3, Redmi 9 Active, Oppo A16, Oppo A55 and many others. It should be noted that all of these phones are significantly less expensive than the G20. The phone is built for people who are graduating from a feature phone to a smartphone. So for them, the performance would be great, however, if you are already a smartphone user, you might feel the lack of speed you are used to. 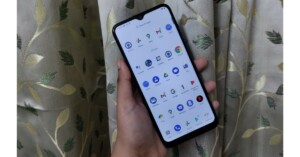 The applications load time could have been better, but multitasking on the other hand between the lightweight apps works well. It’s perfectly fine to play less demanding games when it comes to gaming on the Nokia G20. GPU-intensive games, on the other hand, put a strain on the processor. We tried out Call of Duty Mobile, and it stutters a lot under low graphics and high frame rate settings, but the gameplay improves at the lowest settings.

Let us now discuss the camera’s performance. The Nokia G20 has a quad-camera set up on the back, including a 48-megapixel primary sensor with an f/1.79 aperture. A 5-megapixel ultra-wide-angle lens, a 2-megapixel macro sensor and a 2-megapixel depth sensor round out the package. There is an 8-megapixel front-facing camera for taking selfies and video calls. 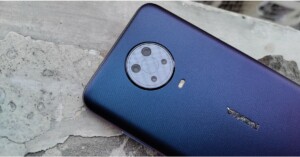 Shots from the primary camera produced reasonably detailed results in good lighting. The phone has a hard time focusing. When auto HDR is enabled, the photos become overly saturated, and the exposure is also a bit messy, so keep it off and you will be fine.

The ultra-wide-angle shots, on the other hand, reduce the saturation to a more natural level. The portrait shots were slightly oversharpened, but the edge detection was excellent. The macro camera also has issues due to its fixed focus lens. 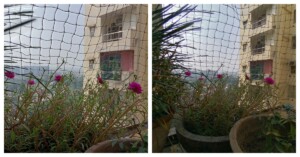 Aside from that, the low-light images were not super grainy with good details, but they occasionally shot soft-looking photos. The night mode increases the exposure slightly, but not significantly.

The front-facing camera takes mediocre selfies. While the dynamic range is not what we were expecting, the photos appear to have soft, muted colours.

The Nokia G20 is powered by a 5,050mAh battery that supports 10W charging. We were able to get two days of endurance with medium usage. However, if you are not interested in gaming or binge-watching, it can last for three days, which is impressive. The 10W charger fully charges the phone in 3 hours.

To summarise, the Nokia G20 (Rs 13,490) is a phone for people graduating from feature phones to a smartphone. While its design, clean stock Android 11 experience and battery life are redeeming, the phone ultimately falls short in terms of performance when compared to its competitors. At this price point, the company could have chosen the MediaTek G80 or G85.

The phone is suitable for casual smartphone users who want long battery life and a dependable software experience. The Nokia G20 is a good choice as it will give you OS and security updates regularly.

- Advertisment -
There are very few smartphone brands that offer a complete stock Android experience on their phones and Nokia is one of them. Despite being offered at a low price its devices sometimes have struggled to capture attention, but not anymore.  The Nokia G20 is the...Nokia G20 Review: A battery that lasts forever