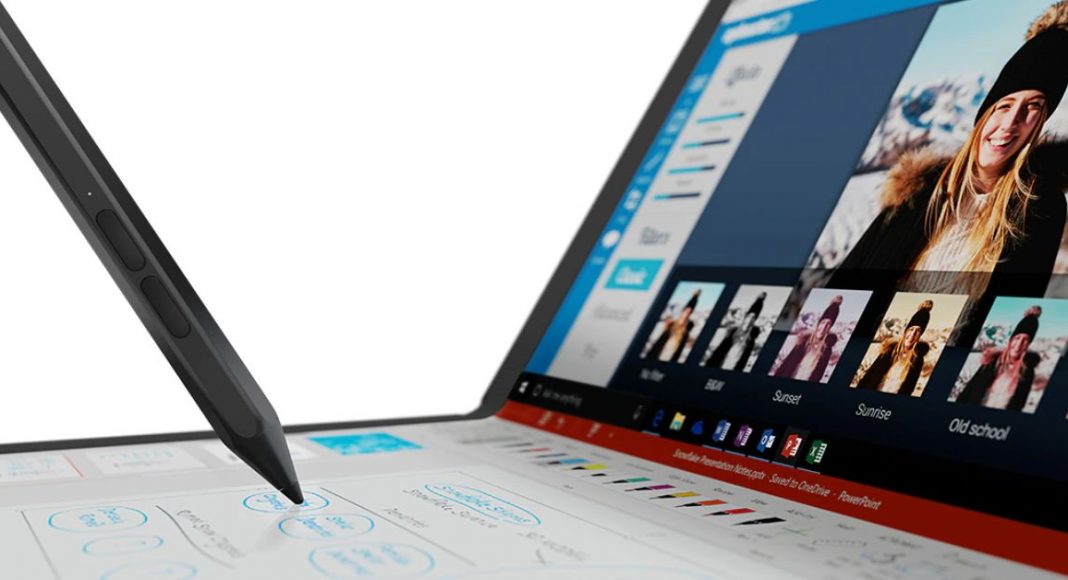 After showcasing at CES 2020 the Lenovo ThinkPad X1 Fold has now hit the Indian shores. So far we know that many companies such as Dell, HP, Samsung among others offer convertible laptops in the market. But this laptop is the world’s first foldable laptop, setting it apart from others. The device looks similar to any other foldable phone, which we have seen but is still different as it is aimed at professional users who are looking for a more portable option, which offers the best hardware.

You must have seen a foldable phone or a convertible laptop that transforms into a tablet but have you ever heard of a full-fledged laptop that comes with a foldable screen? Lenovo has officially launched its world’s first foldable laptop namely Lenovo ThinkPad X1 Fold and it belongs to the ThinkPad series of laptops in India. No, it is neither a phone nor a tablet when unfolded it opens up to a 13.3-inch OLED 2K display that looks like a big-sized tablet and on being folded its compresses to 9.6-inches. It can be split into two screens or can be accessed in its full width. 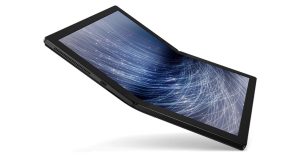 The display is by LG, which offers thin bezels. With the help of a mechanical hinge, the device transforms into a foldable screen. It can be used as a regular laptop in landscape mode and in portrait mode to be accessed as a notebook using Lenovo’s Active Pen you can take notes or do sketching on it. In addition to this, the Lenovo ThinkPad X1 Fold ships an Easel Stand for the Whereas Bluetooth Mini Fold Keyboard can be attached to it to make it work as your regular laptop.

As for the software, the new foldable laptop runs Windows 10 Pro. There is a preloaded Mode Switcher app that will allow you to change the orientation of the laptop as you like. Now you must be thinking this should be as fragile as a foldable phone but according to company Lenovo ThinkPad X1 Fold is MIL-STD 810H certified and can withstand stresses while opening or closing the laptop’s lid several or a thousand times.

Powered by an Intel Core i5 processor and paired with 11th-generation Intel UHD graphics the device offers  8GB of LPDDR4x RAM, and up to 1TB of PCIe-NVMe M.2 2242 SSD storage. 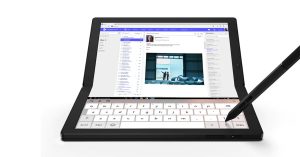 In terms of connectivity, there is 5G/ 4G LTE support, which is optional. Furthermore, it includes Wi-Fi 6, Bluetooth v5.1, and two USB Type-C 3.2 Gen 2 ports.

Coming to the pricing, the Lenovo ThinkPad X1 Fold will be available at Rs 3,29,000 in India. However, it is currently listed on the Lenovo India website at a starting price of Rs 2,48,508.

Komila Singhhttp://www.gadgetbridge.com
Komila is one of the most spirited tech writers at Gadget Bridge. Always up for a new challenge, she is an expert at dissecting technology and getting to its core. She loves to tinker with new mobile phones, tablets and headphones.
Facebook
Twitter
WhatsApp
Linkedin
ReddIt
Email
Previous articleJune 23 Flipkart Daily Trivia Quiz Answers: Answer to win exciting prizes
Next articleHow to remove third-party access from your Twitter and Instagram accounts?