Poco X3 set to launch in India today: How to watch the Livestream 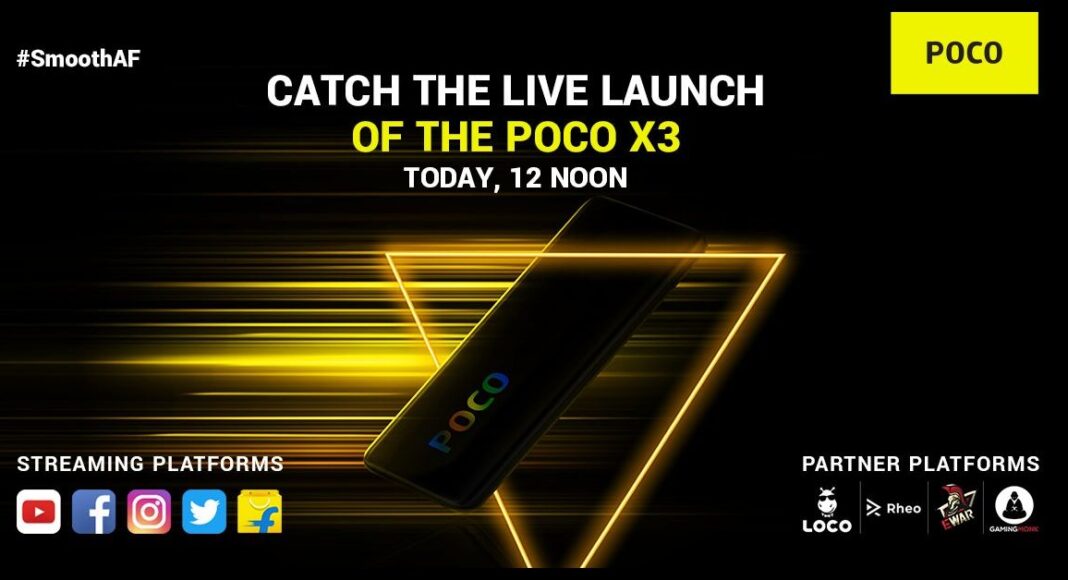 Recently Xiaomi launched Poco X3 NFC globally. The device is yet to be announced in India, but before its launch in the country, the company has planned to bring its toned-down variant to the Indian market first. Today via virtual launch event the company is going to unveil Poco X3 in the country which is also the successor of Poco X2 that is already popular amongst gamers not only for having gaming features but it is economical also. While some of the reports suggest that the upcoming phone is the Indian variant the NFC model was launched earlier this month only but with slight changes. Read on to know how to watch the launch event live and what you can expect from today’s event.

Previous leaks suggest that Poco X3 is going to be offered in an 8GB RAM variant that will run Android 10. The device was spotted with a model number Xiaomi M2007J20CI. It has also hinted at the ‘karna’ processor which is expected to be a Snapdragon 732G SoC. Moreover, Poco X3 would come with a bigger battery. In addition to this, the teasers suggest it to have a quad rear camera setup and a hole-punch display to house a selfie camera. While most of the specs will be similar to the NFC variant.

Komila Singhhttp://www.gadgetbridge.com
Komila is one of the most spirited tech writers at Gadget Bridge. Always up for a new challenge, she is an expert at dissecting technology and getting to its core. She loves to tinker with new mobile phones, tablets and headphones.
Facebook
Twitter
WhatsApp
Linkedin
ReddIt
Email
Previous article
CONFIRMED: OnePlus 8T to officially launch in India on October 14
Next article
Tecno Spark 6 Air 64GB storage option now available via Amazon