HTC made a comeback in India by launching HTC Wildfire X

The smartphone will start selling via Flipkart from August 22 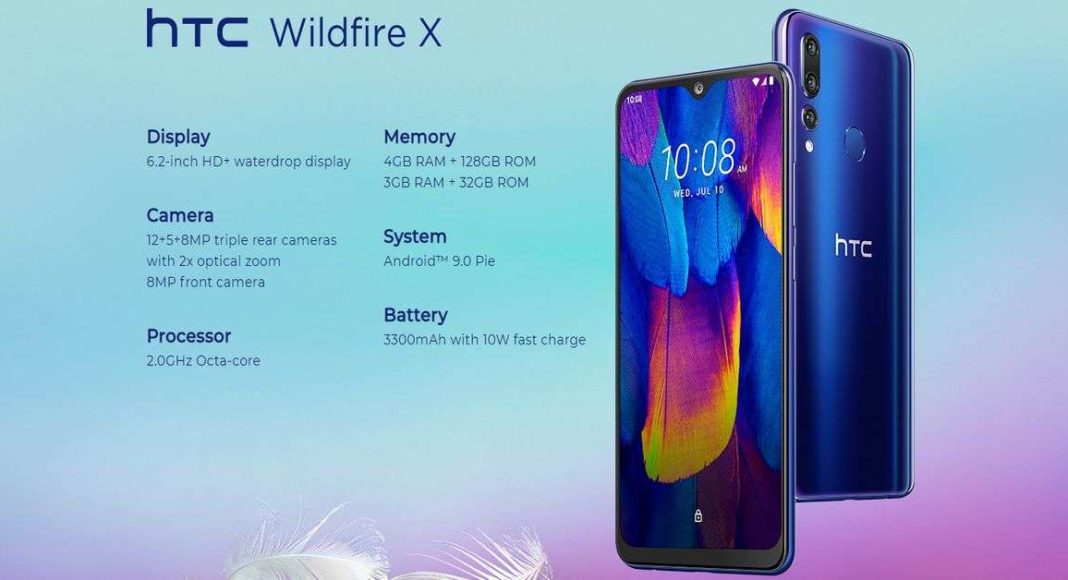 HTC is back in action by launching a new smartphone in India. The smartphone company made a comeback after more than a year. The last smartphone that it launched in the country was HTC Desire 12 and HTC Desire 12+ that was launched in June last year. Wildfire X has been launched in two variants. The device also comes with a pre-installed MyBuddy feature that is stated to be offering personal security to its users. The new phones come with the triple rear camera set up along with a waterdrop style notch on its display.

HTC Wildfire X has been launched in two storage variants in the country 3GB/32GB internal storage and 4GB/128GB internal storage. The base variant that is 3GB/32GB storage option comes at a starting price of Rs 9,999 while the upper variant 4GB/128GB storage option is available at a limited period price tag of Rs 12,999. The smartphone will go on sale on August 22 via Flipkart. Both the variants come in a single Sapphire Blue colour option.

Telecom operators like Vodafone and Idea are offering coupons valued at Rs 3,750 to its subscribers who buy HTC Wildfire X. In addition to this both the operators are also offering an additional 500MB data per day for 18 months. The company is also offering 50 coupons worth Rs 75 each when the WildFire X buyers recharge their device with Rs 255 via MyVodafone or MyIdea app.

The company is also offering No questions asked six months of accidental damage protection service to the buyers. In addition to this, the company will also provide free pick and drop facility. 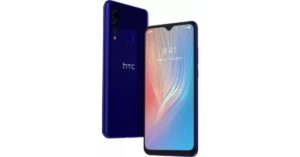 The HTC Wildfire X comes with a 6.22-inch HD+ (720×1,520 pixels) HD+ IPS display with the waterdrop-style notch and 88.8 percent screen-to-body ratio. The latest smartphone by HTC is powered by an octa-core SoC, paired with 3GB and 4GB RAM options. Wildfire X runs Android 9 Pie and has 32GB and 128GB of internal storage options that can be expanded through microSD cards up to 256GB.

Now coming on to the imaging duties, the HTC Wildfire X features a triple rear camera set up that includes a 12-megapixel primary sensor with 1.25-micron pixel size, 8-megapixel secondary sensor, and a 5-megapixel tertiary, depth sensor. The back camera supports 8X hybrid zoom along with with a dual-tone LED flash. On the front, it sports an 8-megapixel selfie camera sensor along with a wide-angle, 86-degree lens.

The HTC Wildfire X Connectivity options include 4G LTE, Wi-Fi, Bluetooth, GPS/ A-GPS, USB Type-C, and a 3.5mm headphone jack. The sensors on the phone include an accelerometer, ambient light, gyroscope and proximity sensor. It also has a fingerprint sensor on the rear panel. The device houses a 3,300mAh battery that is supported by AI technology and supports 10W charging. Apart from that, it measures 156.7×74.9×7.95mm.

HTC Wildfire X comes with a 3D OPVD mirror finish that also exhibits Hyper Optical patterns on the rear panel. As we mentioned earlier it also comes with My Buddy feature that is touted to draw a loud alarm, sends the live location to family/friends as well as it transmits audio/video of the user’s surroundings in real-time when one is in trouble. With the help of this feature, the user can easily locate their phone, too.

Komila Singhhttp://www.gadgetbridge.com
Komila is one of the most spirited tech writers at Gadget Bridge. Always up for a new challenge, she is an expert at dissecting technology and getting to its core. She loves to tinker with new mobile phones, tablets and headphones.
Facebook
Twitter
WhatsApp
Linkedin
ReddIt
Email
Previous articleSamsung Galaxy Note 10 and Note 10+ will launch in India on August 20
Next articleOnePlus’ first smart TV will be called OnePlus TV, company confirms